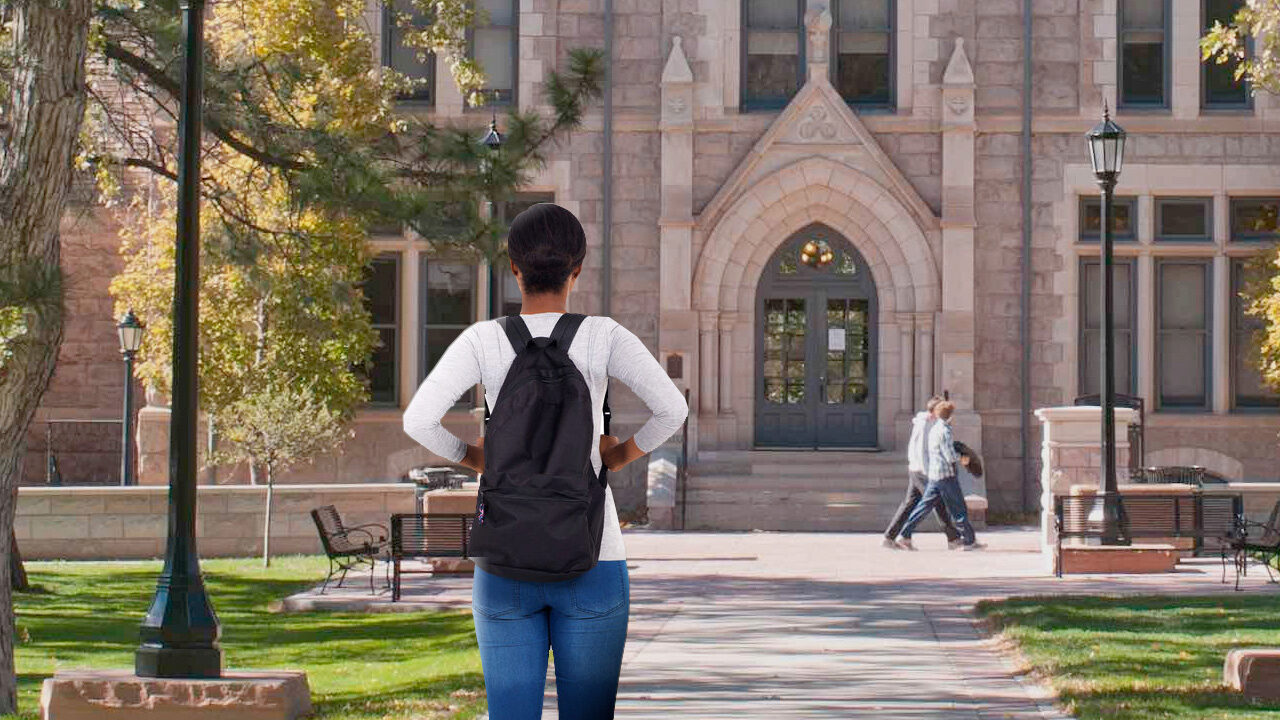 This week, the U.S. Department of Justice went public with its investigation into “Operation Varsity Blues,” an ongoing scandal to allegedly influence admissions decisions at several elite universities that is considered the biggest such fraud of its kind ever prosecuted in the U.S.

Federal prosecutors say that 50 people took part in the scheme, including wealthy CEOs and famous Hollywood actors, most of who paid William Rick Singer, CEO of a college admissions prep company called The Key,  thousands if not hundreds of thousands of dollars to help their children get accepted to the likes of Yale, the University of Southern California, and Stanford, to name a few. Singer didn’t just use his influence. He is, in part, accused of bribing sports coaches and standardized test officials, to provide unfair admissions advantages to the student applicants of his wealthy clients. “There were essentially two kinds of fraud that Singer was selling,” U.S. Attorney Andrew Lelling said. “One was to cheat on the SAT or ACT, and the other was to use his connections with Division I coaches and use bribes to get these parents’ kids into school with fake athletic credentials.”

News of the cheating scandal has led to conversation and debate around everything from the advantages of wealth and privilege to issues of race and access. Many are questioning the fairness of the entire college admissions process, prompting some university officials to do damage control. Eric Furda, dean of admissions at the University of Pennsylvania (which was not one of the schools named in the scandal) and a familiar voice on higher-ed admissions through his podcast, “The Process,” responded to the breaking news by saying, “We believe we have a culture of compliance here and have put in place appropriate policies and practices to prevent the kind of unlawful and unethical activity reported in the news today. But it is always important to be reminded that this kind of situation does arise, so that we can be vigilant in our efforts going forward.”

‘One of the Most Important and Defining Moments’

Above all, Operation Varsity Blues has sparked outrage, especially among the current pool of diligent, if not somewhat anxious, college applicants. “I’m furious,” fumed Stephanie Cook, a high school junior at Fort Worth Country Day in Texas, U.S., who has begun her application process to schools like the University of Pennsylvania. “There cannot be two systems to get into college — those that are honest and play by the rules versus those that are dishonest and can enter through the back door or side door! This case has brought to the forefront that college is more about brand and therefore diluting the core values of academic learning and growth. The pressure of wanting acceptance to a brand-name college is causing a level of irrationality and unethical behavior that has led to fraud. There needs to be clear ethical standards and a paradigm shift that success is defined by strong moral values, experiences and learning opportunities.”

Still others were less stunned and more pragmatic. “I was not surprised by the fact that there was cheating going on in the college admissions process,” said Jacob Chang, 19 and sophomore at the University of Chicago. Chang, who graduated from Princeton Day School, a private high school in Princeton, N.J., is responsible for media relations and research at JUV Consulting. JUV is a marketing firm run by high school and college students that helps companies and brands successfully engage Generation Z, including kids between the ages of 10 and 21.

“For a huge proportion of Gen Z, the college admissions process is perhaps one of the most important and defining moments of their youth,” added Chang. “Writing the Common App essay and waiting for release days in order to hear back from their dream schools causes immense anxiety that no 18 year old should have to feel. Many parents also join this process, hoping that elite college admissions will make them look like good parents and give them something to brag about. As a result, it is inevitable that people with the means will try to make this process as straightforward and seamless as possible for their families.”

Similar opinions and emotionally charged reactions to the admissions scandal have been lighting up social and traditional media channels all week. Clearly, this topic has touched a national nerve.

“I feel strongly that their degrees should be rescinded, and for those who are currently students, I think they should be expelled.” — Shaun Harper

It’s worth reflecting on how much attention this story has captured, noted Julian Jonker, an assistant professor of legal studies and business ethics at Wharton who spoke about the scandal on the Knowledge@Wharton radio show on SiriusXM. “It picks up two themes that define public life at the moment,” Jonker said. “The one is a pervasive distrust of elite institutions, and the second is a belief that money is the universal solvent. If you look at the commentary in the media, this is sparking a conversation about whether this is just the tip of the iceberg. To use Singer’s metaphor, there is a front door through which students come by showing their test scores and their ability in other fields of life. There’s a back door through which some wealthy students have been able to come by making donations to colleges. And Singer was providing a side door for them. The conversation at the moment is about whether the existence of that side door shows something about the front door and how that works, like being able to pay for tutoring and test prep, [giving] the wealthy a systematic advantage in admissions.” Jonker was quick to add that Singer’s “side door” is ethically distinctive, because bribing test-admissions and college officials to gain admission is fraudulent and illegal.

Shaun Harper, a professor at the University of Southern California’s Rossier School of Education and Marshall School of Business, and founder of the USC Race and Equity Center, also joined the Knowledge@Wharton radio show discussion. He expanded on this notion of “money will find a way,” to get you access by saying, “money and whiteness” will always find a way. “The thing we’re talking about in terms of universities starts much earlier,” noted Harper. “Our schools in the U.S., our K-12 schools, are just about as racially segregated now as they were before the passage of Brown vs. Board of Education in 1954, which was supposed to integrate schools. It’s the way in which race and wealth tend to co-mingle in our country. In other words, wealthy white people get to send their kids to very elite private preparatory schools with lots of resources. So, it’s not that those kids were born more talented than black and Latino and lower-income Asian students, it’s that they were born into wealth and their parents were able to buy their admissions to elite, private preparatory schools that become a pathway or railroad to elite higher education.”

Harper was also very clear on what he believes should happen to the students who were accepted to colleges under false pretenses. “Having been a professor for 16 years at Penn and USC, two elite universities, when someone plagiarizes in a thesis or doctoral dissertation, their degree is rescinded. I think that same standard has to be held for someone who cheated to gain admission to a university. For those who have graduated, I feel strongly that their degrees should be rescinded, and for those who are currently students, I think they should be expelled.”

So, how do we address this concern that money will find a way to get people access to top universities? “We need a change in our cultural ethos as a society,” suggested Jonker. “We need to see that what’s important at the end of the day is not just getting into the school, which then acts as a signal of your status and so on, but what really matters is that you work for your achievements, and through your achievements you show your good character.”

While that will no doubt require a seismic shift in thinking and acting – underscored by the FBI’s higher-ed fraud charges — at least one promising voice rose above this week’s media din.

In the article “’What Does It Take?’: Admissions Scandal Is a Harsh Lesson in Racial Disparities,” the New York Times featured the reactions and insights of high school students at Ewing Marion Kauffman School, a predominantly black school in Kansas City, Missouri. The words of 17-year-old Khiana Jackson, a senior at Kauffman who has been accepted at the University of Chicago, but is waiting to hear from her top choices, including Yale, perhaps captured the feelings of other students who have worked tirelessly to achieve their education goals and are feeling cheated by the details of the pay-for-play college admissions scandal.

Jackson said, “I’m not going to feel like I’m at a disadvantage compared to them because I know that I have character, I have values that they haven’t had to develop,” she said. “They’ve had things handed to them. Having things handed to you versus having to earn the things you have, they create two different characters.”

What aspect of this college admissions scandal interests you the most? Is it the need for higher education reform? The ethical issues surrounding the scandal? The racial divide inherent in college access? Choose one and write about why you find it so compelling.

Some people believe that as a result of this scandal, colleges will completely change the way they handle admissions. Do you agree? What do you think will come of this high-profile FBI investigation?

Shaun Harper believes that any student who was accepted to college as a result of this scam should be expelled, or their diploma should be taken back. Do you agree? Why or why not?