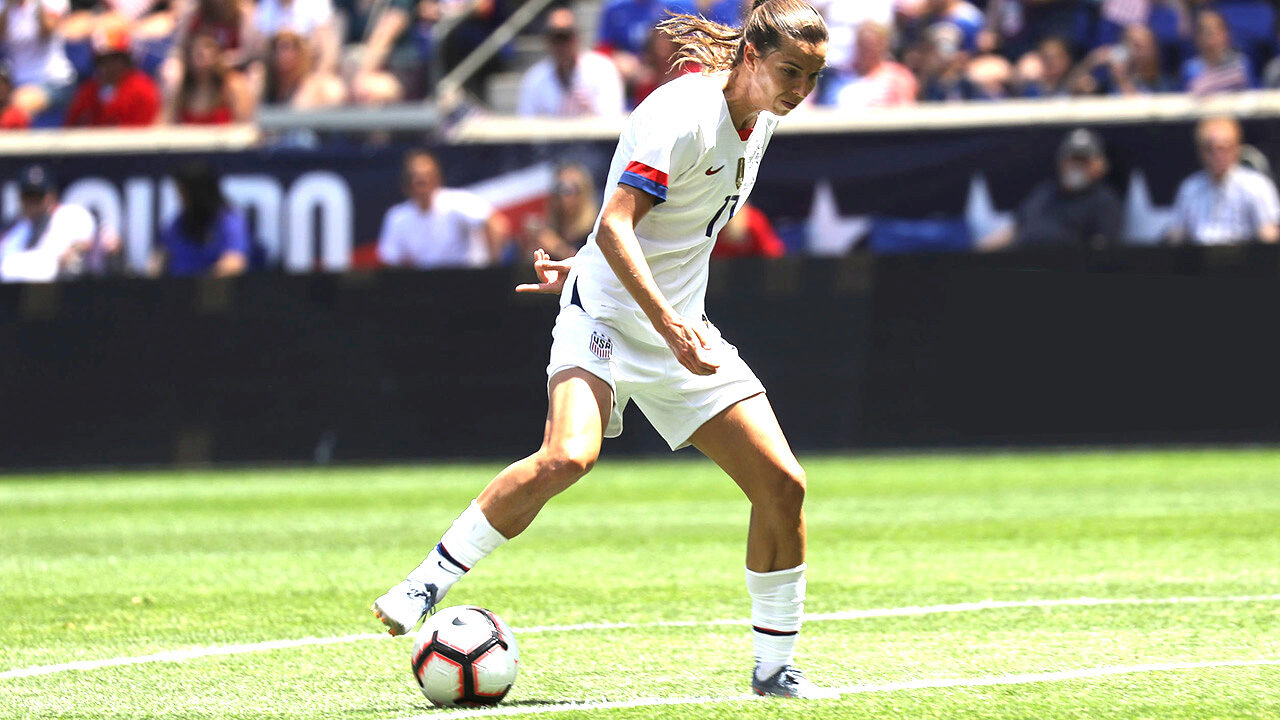 Fútbol fans are buzzing as the United States women’s national soccer team – the best in the world and the favorite to win this year’s FIFA Women’s World Cup soccer tournament happening right now in Paris, France — prepares to play its final group-stage match against Sweden on Thursday, June 20.

“It’s been incredibly rewarding to see the energy and the momentum” at this tournament, said Rachel Allison, a professor at Mississippi State University who is attending this year’s World Cup to continue her research on fans of women’s soccer. “We see an energy in the crowd that is directed toward the field, with lots of cheering and applause for both teams when they’re making excellent plays and when they’re going toward goal.”

Allison’s observations of fan engagement are important for another reason. She feels that fans are critical to the support of women’s soccer off the field, as well. The key issue women players are facing: equity.

Battle On and Off the Field

In March, the U.S. women’s national team sued the United States soccer federation claiming “purposeful gender discrimination” and demanding equal compensation, a battle they have been fighting for years. It’s no secret that the winner’s pool for the Women’s World Cup is $30 million, compared with $400 million for the last FIFA World Cup for men that took place in Russia in 2018. And this is just one of the issues fueling the women’s soccer equity debate. Women’s teams worldwide receive lower investments and lack valuable resources to survive and thrive. This is a global issue. For example, Norwegian soccer superstar Ada Hegerberg is sitting out the Women’s World Cup to fight for equality.

While the women on the U.S. team are currently fighting in France to defend their World Cup title, they are also gearing up for a courtroom battle, at the heart of which is equal pay. “As someone here at the tournament, there is a good degree of discussion about the equity issues,” noted Allison, who recently joined the K@W radio show on Sirius XM from her front-row seat at the games in Paris. “The lawsuit is ongoing and the players will take it right back up after this tournament. It’s my hope that the spotlight we see shining on a lot of these issues won’t disappear at the end of this tournament. This can be a springboard to maintain these issues on the national agenda and make some changes.”

“The fans want to see women earn equal pay, to be better resourced, to get the attention and the money that their play deserves.” — Rachel Allison

A fundamental argument is that women generate fewer revenues from viewership and other streams and therefore don’t deserve equal pay. Allison, who has studied the numbers, doesn’t buy it. “I don’t think we fully know the commercial potential of women’s soccer,” she suggested. “We see some indication like the television viewership that interest is very high for the women’s game and in some cases higher than for the men. In terms of revenue, it’s hard to know for sure where the potential lies if the women’s game has not been as commercialized and those opportunities for revenue not made s available. For instance, television rights for the Women’s World Cup are always bundled with the Men’s World Cup, so we’ve never separated those and we don’t fully know. There is commercial potential that is being unrealized in the women’s game, and it is quite possible that we might see revenues increase in the future.”

And what of the enduring assertion that women’s soccer is, well, more boring than men’s soccer? Surrounded by a raucous crowd in Paris during what she referred to as one of the most invigorating experiences of her life, Allison countered, “There is a lingering perception that women’s sports must be less interesting, less exciting. I think anyone who has watched women’s soccer knows that is not the case. Women are playing excellent soccer and generating enormous interest and investment.”

Which brings us back to those elated fans, and their connection to equity in women’s soccer. In many cases, fans can have enormous influence over the decision-makers. “I feel optimistic about how much positive change we’re going to see for women’s soccer. By and large, public support is with the women,” noted Allison. “I’ve been doing a new study of fans of women’s football…and the fans are with the women. They want to see women earn equal pay, to be better resourced, to get the attention and the money that their play deserves.”

Big business has been joining the women’s soccer fan base in significant ways. “We’ve seen increased corporate support in the last year or two for women and for their fight for equal pay,” observed Allison. “In addition to Adidas for this Women’s World Cup, Visa, one of the sponsors of this tournament, announced that they would be devoting equal marketing dollars similar to those that they devoted to the Men’s World Cup in Russia in 2018. For a lot of companies, it makes good business sense right now to support women. With a lot of corporate and public support, this is going to put pressure on FIFA [soccer’s international governing body], on U.S. soccer and other sport-organizing bodies to improve their treatment of the women’s game.”

How do you feel about the equity issue in women’s soccer? Do you agree that women should receive equal pay and more equal resources? Why or why not? Share your opinion in the comment section of this article.

Are you drawn to women’s soccer? What is pulling you toward the game? Is it the level of play? The cultural and political issues? What entices you?

As a fan of women’s soccer, what would you like Rachel Allison to know most about your fan status to inform her research? For example, how do you think the next generation of soccer players and supporters will influence equity in the game?

11 comments on “Scoring Equity at the Women’s World Cup”