Everyday we hear new stories related to Europe’s biggest migration since World War II, sparked by refugees of the Syrian Civil War fleeing the unrest in their country for safety and opportunity in places like Turkey, Lebanon, Iraq and Germany. In this story, with reporting from a Knowledge@Wharton article that ran in September, KWHS meets some young refugees and explores the economic impact of masses of people moving to new countries. …Read More 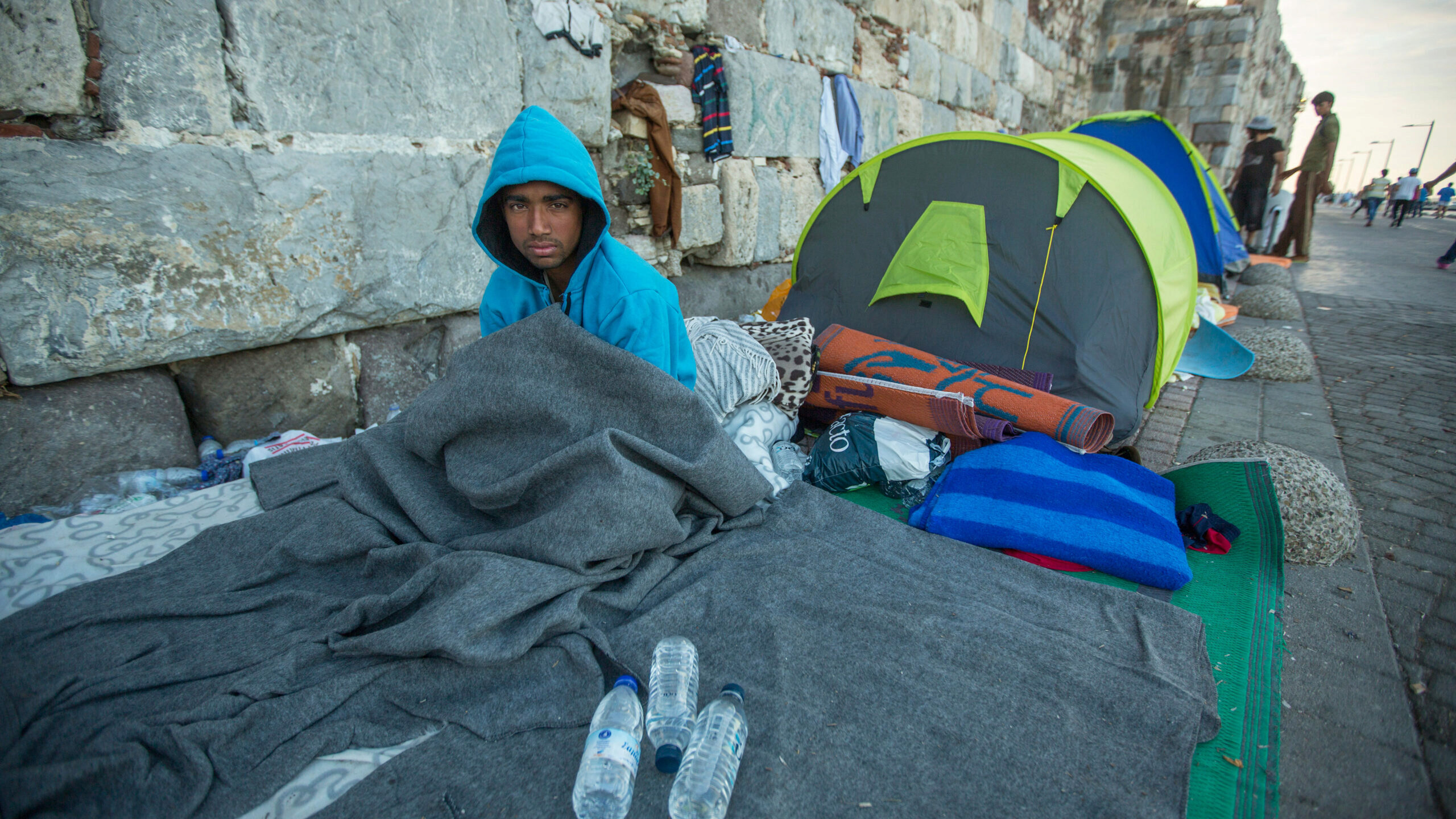 Life for Fatmeh, 15, was idyllic before she was forced to leave Syria. She had friends, school and a big house with her own computer and a lush garden. But then the Syrian civil war that began in 2011 started to hit closer to home. Her cousin and her aunt’s husband died. Her neighbor’s house was bombed, and her family fled for their lives.

In a recent report on NPR’s radio show “All Things Considered,” Fatmeh told of how her family escaped to Lebanon, where they ended up in a makeshift refugee camp on a large farm that grows potatoes, onions and cucumbers. The Lebanese landowner loaned her family money to build a tent and buy groceries. Now Fatmeh works for hours in the fields every day to repay the debt, with $8 subtracted each day from the $2,000 the family owes. Once the top student in her school, Fatmeh dreamed of being a teacher like her father, who taught high school geology, sociology and history in Syria. But now Fatmeh hasn’t been inside a classroom in three years.

Another young refugee, 11-year-old And Safid, is living in Calais, France, without his parents. In an interview with BBC, he said that he traveled 5,000 miles from his Afghan home a year ago because of the economic problems caused by war. His goal is to settle in England and become an engineer. It was recently estimated that around 600 children arrived in the U.K. without their parents.

Europe is experiencing the biggest migration since World War II. According to The New York Times, there are currently more than 60 million displaced people and refugees, and more people will be migrating. Some have traveled by walking hundreds of miles, boarding dangerous boats and riding crowded trains. Many refugees, including children, have died making the journey. Already, 3,000 people have drowned while crossing the Mediterranean or Aegean Seas this year, according to the United Nations High Commissioner for Refugees (UNHCR), an agency designated to help refugees globally.

Refugees are people who are escaping war or persecution. Many people are trying to move to Europe and America to leave violence and poverty behind them. They seek a legal right to stay in a new country, and some seek asylum, which is special protection granted by a nation to someone who has left their native country. Migrants may be looking for better economic opportunities in a new country, but they may not be granted asylum status if they can’t prove that they are in danger back home.

Countries like Germany need immigrants because many citizens are getting old and are no longer able to work. In addition, they often need more people to work in rural areas. Wharton marketing professor Robert Meyer, who is also co-director of the school’s Risk Management and Decisions Processes Center, notes that countries resettling refugees get long-term economic gains because refugees can start businesses and create jobs. “Countries like Germany are looking at it as a very large short-term pain for hopefully a long-term positive gain. A lot of evidence shows that refugee types of immigration often are long-run positives for economies,” he adds.

The U.S. has agreed to take in 85,000 refugees next year. Meyers notes that among more than 40% of Silicon Valley start-up companies, one of the co-founders is an immigrant. Steve Jobs’ father was a Syrian political refugee. People fleeing with their families to unknown places are “entrepreneurial risk takers almost by definition,” adds Meyers. “To have some of that population brought into a country can be good for an economy … [in the] long-term.”

Sarah Paoletti is a professor of law at the University of Pennsylvania Law School and director of Penn’s Transnational Law Clinic, the law school’s international human rights and immigration clinic. Paoletti points out that long-term development tools are vital, such as job training, job placement and education. “The youth and school-age children feel their lives are getting wasted if they don’t have access to education and opportunities,” she says.

While teenage refugees are getting caught up in massive upheaval and danger in search of safer and better lives, countries around the world are struggling with a coordinated response as winter sets in. And 15-year-old Fatmeh, who only has her cell phone to keep her tuned into what is happening outside her life as a refugee, says she still has “a very small hope” that someday she’ll be able to return to school and eventually go to college.

Have you been following the refugee crisis? What are some of your observations about the biggest migration crisis that Europe has faced since World War II? Does it feel too far away to matter? Why should we better understand what is going on and why? Do you have any direct connections to this crisis? How has the crisis impacted you?

How has the migration crisis impacted you personally? Share your story with other teens at https://www.facebook.com/whartonhs/.

NPR’s special series #15Girls features stories of teens like Fatmeh who are taking control and changing their fate. If you haven’t yet already, you should check it out at http://www.npr.org/series/446115168/-15girls?source=blog. Want to join the conversation? NPR wants to know, what was the hardest thing about being 15? Post a photo of yourself as a teen with your answer on Twitter or Instagram, and tag your post with #15Girls and @NPR.

2 comments on “The Economics of the Refugee Crisis: Paying Off Debts and Launching Startups”