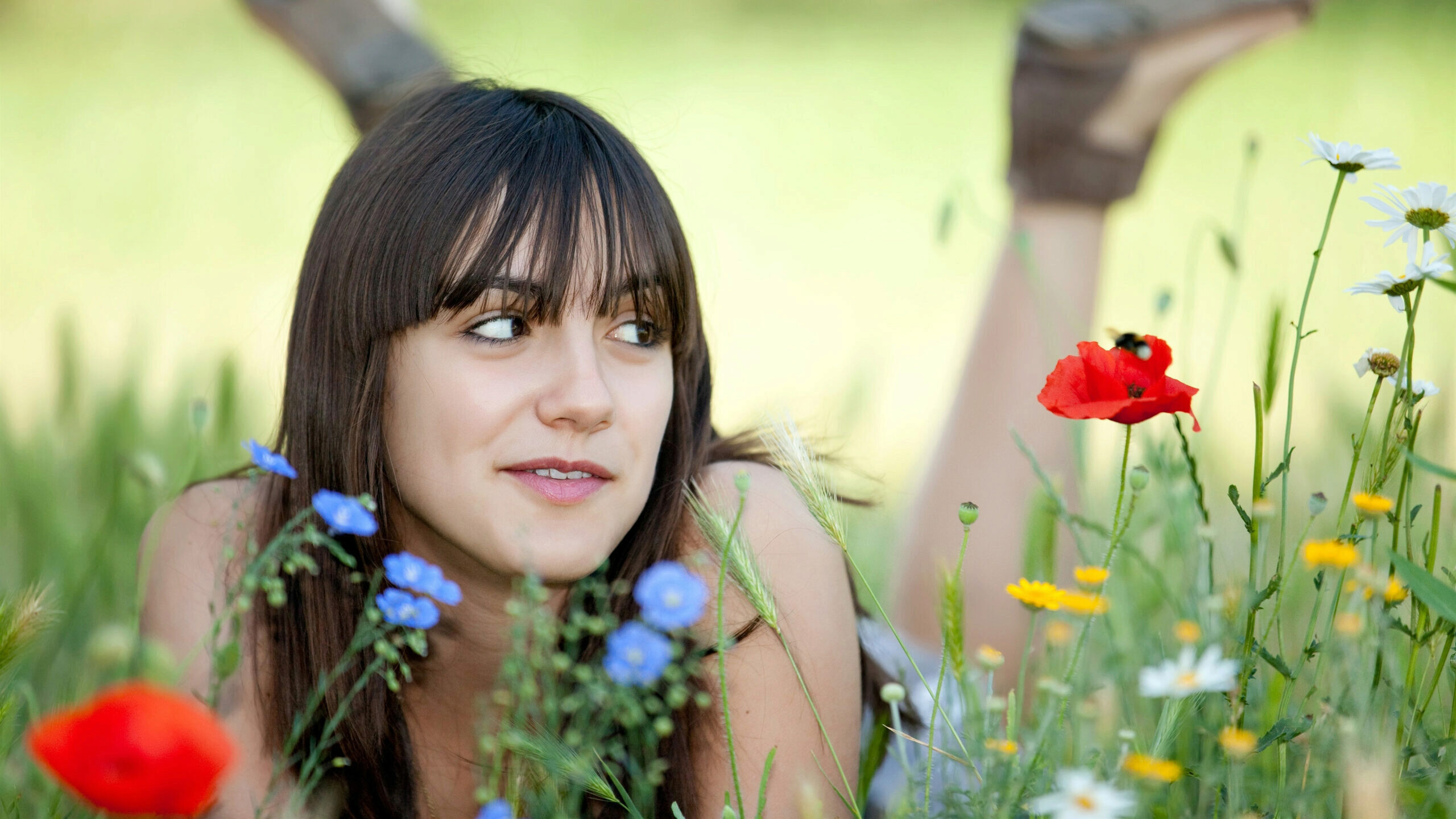 A few years back, the U.S. Fish and Wildlife Service announced that seven species of bees had been added to the Federal Lists of Endangered and Threatened Wildlife and Plants. This was the first time that bees were included on the U.S. endangered list. While these species of yellow-faced bees were indigenous only to Hawaii, the news came at a time when lots of people were talking about the contributions and importance of bees, especially to the economy.

Aside from providing honey, honeybees are responsible for pollinating a majority of the crops consumed in the United States and around the world, from blueberry patches in Maine to almond groves in California. But honeybees are facing both natural and manmade threats that are killing them by the millions. A major result of these threats — colony collapse disorder — is already being felt in the beekeeping industry, which has reported astounding losses in recent years.

Robbie Shell, who previously was the editorial director at Knowledge@Wharton, has written a book for middle-grade kids titled Bees on the Roof that calls attention to the scope of these problems. Her book is part of a recent trend in publishing called “environmental fiction,” which combines a fictional story with factual information to help readers gain a better understanding of an issue related to our environment. Shell hopes her book will teach young people about the importance of honeybees and other pollinators and perhaps even inspire some to become beekeepers, like the kids in Bees on the Roof.

She recently spoke about the situation facing honeybees on the Knowledge@Wharton radio show on SiriusXM Channel 111 along with Sam Torres, a beekeeper and horticulturalist who owns Keystone Colonies near Philadelphia, Pennsylvania. You can listen to the podcast and read the full transcript here.

Below are some excerpts from the transcript of their radio interview.

Knowledge@Wharton: What spurred you to write Bees on the Roof?

Robbie Shell: It started five years ago when my brother, who’s a backyard beekeeper in Philadelphia, brought me a jar of honey. It was so delicious that I decided to research how honey is made and the little insects that make it. I started reading books. I did web searches. I went to bee demos at nature centers, and the more I got immersed in honeybees, the more I realized that they are amazing insects and we still don’t know a whole lot about them… I wrote an essay for The Wall Street Journal on how much I loved honeybees. In it, I said I thought I might write a book. Well, when you say that, everyone says, “So where’s the book? How is it coming?” As I continued my research, I came across colony collapse disorder. It’s a devastating syndrome that’s killing millions of honeybees in the United States and around the world, and it’s very damaging to agriculture, to commercial beekeepers and to consumers.

K@W: Bees are a part of the agriculture industry that is not thought of very often.

Shell: They’re not, yet they add $15 billion worth of value to crops every year. Put another way, about 70 of the top 100 crops in the U.S. are pollinated by honeybees, including most of the vegetables, fruits and nuts that we eat. Meanwhile, in this past year, 42% of the hives collapsed. That’s a huge number compared with about 31% over the last 10 years. So, we have a big problem. People recognize what it is, but no one is willing to launch a concerted effort to help the bees.

K@W: Sam, could you explain colony collapse disorder and the impact that it’s having?

Sam Torres: Colony collapse disorder is an event which was first [identified] in 2006 by David Hackenberg, a commercial beekeeper from Pennsylvania. He experienced a 60% to 80% loss of his colonies. If he has 1,000 colonies, it means almost his whole business was wiped out. What happens then is that you’re very limited in what you’re able to do because you’re experiencing these types of losses every single year. It’s costing beekeepers more and more money every year to keep their bees.

Colony collapse disorder is a combination of things — monoculture cropping, unsustainable practices in beekeeping, and diseases and pathogens we did not experience 20 years ago. We are experiencing them now, the major one being the varroa mite. If you ball your fist and put it up to your body, that is the proportion that a varroa mite has to a honeybee’s body. The varroa mite itself does not kill the honeybee. It sucks out its blood and debilitates the bee to the point where it is no longer able to combat the pathogens that it would normally be able to [fight off].

K@W: So, once it has the mite, it’s pretty much over for the honeybee — especially if the mite is able to work within the body of the bee for a decent amount of time?

Torres: That’s correct. What’s happening now in beekeeping is we’re shifting towards learning to live with the varroa mite. We’ve realized that this is not going anywhere, so we [kill the mites] by, for example, using organic chemicals like thymol, which is derived from thyme.

K@W: In South Carolina, millions of bees were wiped out because of spraying for the Zika virus.

Shell: That gets to another one of the causes of colony collapse disorder, which is insecticides. There is a group of pesticides called neonicotinoids, which are sprayed on the plants and the seeds of plants. It’s thought that they circulate in the plant tissues and [get picked up by] the bees as they are pollinating the flowers. Some scientists believe these neonics affect the bee’s nervous system and make them unable to find their way home. If they can’t find their way home, they can’t support the hive and the hive collapses. So, that’s a direct impact, a direct cause of colony collapse disorder.

To be fair to both sides, the big chemical manufacturers like Bayer and Monsanto and Syngenta claim that their products are not the problem and that these insecticides are necessary to protect our food supply and economy. They say it’s varroa mites and small hive beetles and a lot of viruses that get into the hives [that are to blame]. Also, even some beekeepers spray their hives with pesticides. A story in The New York Times said a typical hive has residues of 120 different pesticides.

It’s a combination of all these, plus the fact that with rising crop prices, farmers are taking what used to be fields of wild flowers and planting them, often with just one crop, so the bees aren’t getting that diverse nutrition anymore. The bees essentially are being assaulted on all sides.

K@W: On the business side, there is so much more use of honey in a variety of different things. How stable of an industry is it right now?

Torres: Right now, one of the things that we’re also experiencing is a large amount of importation of honey. Colony collapse disorder [means that] beekeepers in the United States [can’t] meet the demand that consumers here have for honey. In this country, we consume a lot of honey, and 80% of that just last year came from imports. A lot of it came from India and Vietnam and countries that are not scrutinized like we are when it comes to health. For example, if honey is coming from India and [is labeled] “organic,” it is organic by India’s standards. It is by no means organic under the U.S. Department of Agriculture.

K@W: We’ve gotten to the point where you have farmers from the East Coast going to the West Coast during the peak times of the growing seasons for a lot of these products. Has that been a shift that’s really happened over the last couple of decades or has that been the norm?

Torres: We have started to see a huge shift in migratory beekeeping because that is what makes the most amount of money in the beekeeping industry. Honey sale is second to pollination services. Anywhere from 1,000 to 3,000 colonies are packed on pallets on flatbed trucks going across the country. The beekeepers are getting about $150 per colony.

K@W: These beekeepers have to do this to be able to survive at this point?

K@W: Because of some of the factors you laid out, you could be looking at a much different industry in the future.

Shell: You could be. Just to boost what Sam said, I was recently out at a commercial beekeeper’s farm in Lancaster County, Pennsylvania. He said he used to be in this for honey, [which he described as] a messy, ugly, sloppy business [that didn’t generate enough revenue]. Now, I think he has 2,000 hives, and he’s carting those hives around the country. This is not going to change. The bees are either at a stable point now or they could continue to die off, which means that farmers everywhere are going to need to keep importing bees to pollinate their crops.

K@W: [Bees on the Roof] is a book that will benefit a lot of people, but you geared it more toward kids so that they have an understanding of what this is all about and the potential problems, so we don’t have these issues 10, 15, 20 years down the road.

Shell: That’s right. I started out thinking I would write an adult nonfiction book about bees. Then I realized that there are probably 5,000 books on that topic out there, and I’m not a biologist or an entomologist. I eventually came around to a book that would be attractive to young people. The idea of writing fiction was very appealing because as a business journalist, I always had to check facts and check quotes, and here I could make things up. I could make up the story, although I did do a lot of fact-checking about the bees.

I think you can reach kids at this age and teach them that they can have an impact on the environment, that it’s not just an adult thing. They can actually start beekeeping enterprises. There was a story recently about an 11-year-old girl in Austin, Texas, who started up a little business called Me & the Bees Lemonade. She now has a distribution agreement with Whole Foods. Bees bring out the entrepreneurial instinct in kids.

What are four things you learned from this interview about the business of bees?

Robbie Shell makes the point that “bees essentially are being assaulted on all sides.” What are the major threats facing bees and why is this an important economic issue?

An 11-year-old started the business Me & the Bees Lemonade. Shell feels that bees bring out the entrepreneurial instinct in kids. Do you agree? Have you started a bee-related business? If so, share your story here in the comments section or on our FB page (https://www.facebook.com/whartonhs). We’d love to hear about it!

2 comments on “Inside the Bee Economy”