A ‘Zero-Generation’ American on What Shakes Him to the Core 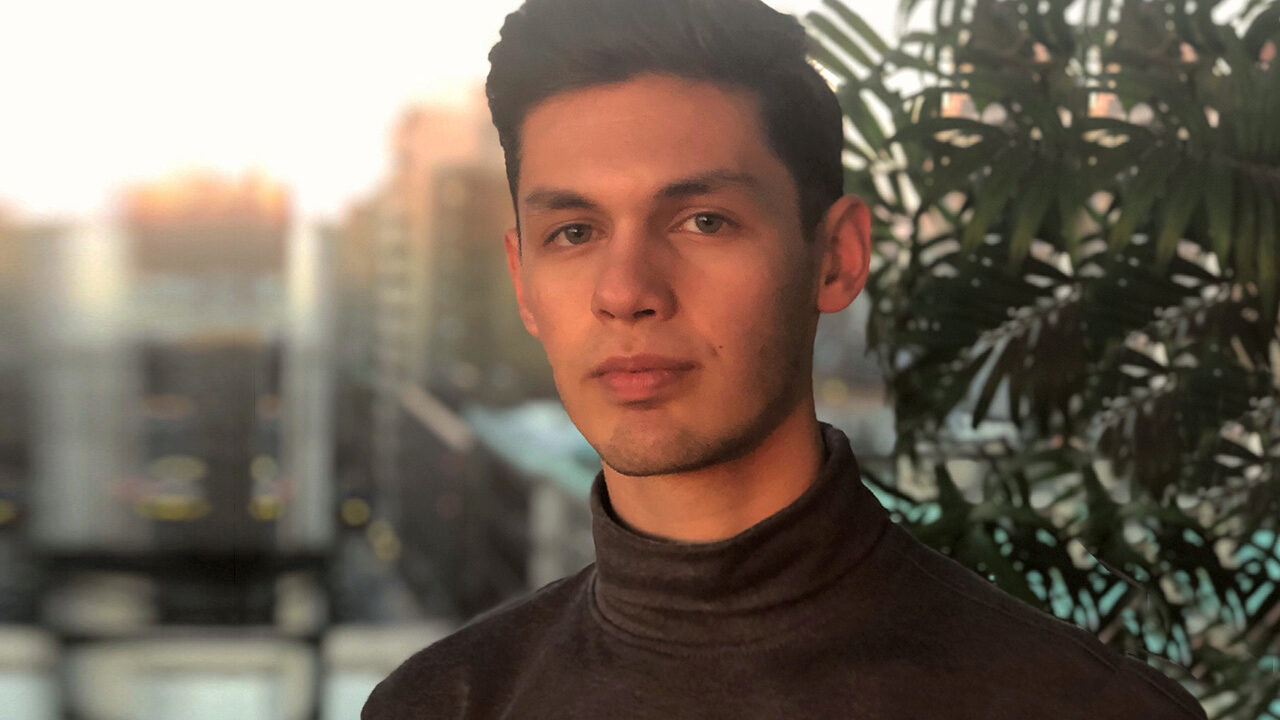 As KWHS was reporting an article on the partial U.S. government shutdown and the debate over the proposed $5.7-billion financing of a southern border wall between the U.S. and Mexico, we were introduced to Juan Amaya. Amaya is a consultant at JÜV Consulting, a firm that helps established companies to better understand Generation Z, which is the term used for today’s high school students and young college undergrads. Amaya, who is 18 and a recent graduate of Sachem East High School on Long Island, N.Y., is a freshman at Columbia University in New York City.

In this interview, Amaya offers his unique perspective on the immigration debate that has quite literally shut down parts of the U.S. government since December 22, 2018, and elevated an ongoing international conversation around foreigners traveling to and living in America.

You can read this KWHS article for a more comprehensive look at the current policies related to people from other countries living and working in the U.S., policies that have largely been described as “anti-immigrant.” We recognize that this is one perspective and welcome you to log in and deepen the conversation in the comment section following this article.

Knowledge@Wharton High School: Do you have a personal connection in some way to the immigration issues that are making headlines – everything from Congress and President Donald Trump’s inability to reach an agreement over the proposed $5.7-billion financing of a southern border wall between the U.S. and Mexico, to increased enforcement and other realities affecting both legal and illegal immigrants already living in the U.S.?

Juan Amaya: I was born in Colombia and immigrated here to the United States at the age of 2, and my family settled on Long Island in New York, an hour from New York City. In terms of my immigrant experience, it resembles a lot of the immigrants I know. I grew up undocumented, which is another obstacle in and of itself, but I now have the privilege and blessing of being a permanent resident. I grew up in a predominantly white area and, consequently, I felt a lot of isolation because I didn’t have a community or a classroom that shared that experience with me. Therefore, I had to grow to be proud of living one life at home and another in school, to be proud of speaking another language, to be proud of starting a life in America from scratch (and trying to succeed with the little I had).

Lastly, my immigrant experience has shaped my identity because I was torn between what place to call home growing up. Was it America, where I had no family besides my immediate one, where not everyone spoke my language? Or was it in Colombia, which I know little about and, at some points, felt like a mere filler on my birth certificate? Because of this, I found myself in a group called zero-generation Americans, who were born in one country and forced to grow up elsewhere, forever stuck between two worlds. So, now, I can say I am a proud zero-generation American and a member of Generation Z!

KWHS: How do you respond to what is considered to be the current anti-immigration sentiment in the U.S.? This has developed through so many policies and political moves, including the outcry to ‘build a wall,’ restricting student and work visas for international students, challenging the Deferred Action for Childhood Arrivals (DACA) policy, separating families at the border, deportation, and more.

Amaya: To be quite honest, it blows my mind as much as it breaks my heart. This nation’s history is rich with immigration and so, for me, it comes with surprise the way in which many Americans nowadays react to immigrants, especially because no one is native to this land with the exception of indigenous people; everyone is an immigrant to the land but them.

In looking at the news, particularly the news that pertains to immigration, I see myself reflected in it, as well as a lot of the baggage and trauma that comes with being an immigrant. I see the many deportations of my people, which have affected and broken my family up. I see the ways in which the current administration disenfranchises my family and the larger community of immigrants by denying us welfare, or by limiting programs like DACA, TPS [Temporary Protected Status], and U-visas. Immigrants are as equally human as citizens are, despite our treatment in the eyes of many governments around the world. After a long, arduous process of obtaining citizenship, it is only until then that we can represent ourselves in a larger political body. Before that, we are forced into a political limbo, defenseless and at the mercy of other voters and government members.

However, what shakes me to my core is the separation of families at the U.S-Mexico border and, more importantly, the death of Jackeline Caal Maquin and Felipe Gomez Alonzo, two children who died weeks from one another in Border Patrol custody back in December. To best describe how I feel regarding the matter, there is a saying my mother always said: “Cuando muere tus padres, te vuelves huérfano. Cuando muere tu pareja, te vuelves vuido/a. Pero cuando muere tu hijo/a, no existe una palabra para describir el dolor de tu perdida.” Translated, it says: “When your parents die, you become an orphan. When your partner dies, you become a widow. However, when your child dies, there exists no word to describe the pain of your loss.” I find it unforgivable and atrocious the way in which the xenophobic sentiment in America has escalated to this point. We, as a country, have failed those two children. They were equally as deserving of the opportunities and resources that this country offers.

“If we analyze and fix the racism behind statements and narratives…we can lessen the potency of xenophobic sentiments against immigrants.” — Juan Amaya

KWHS: Generation Z has been described as uniquely diverse, both ethnically and racially. Do you believe that makes you uniquely positioned to champion the strengths of diversity in the U.S. culture? If so, how are you doing that? How are you leveraging that strength in a time when people are questioning the skills that “foreigners” bring to our economy and our society?

Amaya: Personally, I think working at JÜV Consulting is a great example of the ways in which Generation Z is taking steps toward championing our strengths. In working at JÜV, I am essentially a representative of sorts for Generation Z; my fellow consultants and I offer insight on which trends are popular, which memes are funny, etc. However, we are, by our very nature, also promoting the richness and diversity of Generation Z and the many sub-groups that make it up. In being a member of this progressive generation, every single one of us is intrinsically multifaceted; we find ourselves at the intersection of so many identities. I, personally, am proud to be a member of so many communities: Latinx, immigrant, low-income, and LGBTQ+. Therefore, in looking at the leaders of JÜV, such as Ziad Ahmed, Nadya Okamoto, and Deja Foxx (just to name a few), as well as consultants like me, you are ensured that people like us are advocating for the different perspectives that make up Generation Z and making sure that these perspectives and sensitivities are heard in company offices.

KWHS: Do you have a perspective on immigration reform? How do we fix what’s broken?

Amaya: I oftentimes think about how to solve these issues, but it’s tough to do so because it takes masses of people to create changes at the institutional level and, plus, it’s hard to think about how to fix something that you are currently battling. Above all else, your main priority in these situations is to survive.

However, a first step we all should take is analyzing the xenophobia that pervades our society and, particularly, to whom it is being directed towards. The best example of this is President Trump calling places such as Africa and Central America “s***hole countries” and saying he would prefer to have more immigrants “from Norway.” In this, we see a racial bias against immigrants of color that propagates a certain type of narrative, one that is fueled with hate and inaccuracy. Therefore, if we analyze and fix the racism behind statements and narratives like these, we can lessen the potency of xenophobic sentiments against immigrants. With that in mind, one way to move towards a solution is moving past the tired tropes and stereotypes of immigrants and realizing that they are not sub-human, but rather extremely human; vulnerable and desperate to work hard and provide for their families. In doing so, we as a nation can see that immigration, particularly seeking asylum (protection in another country when you feel your life is endangered in your own), is not a privilege but a right. Just like Emily Lazarus said: “Give me your tired, your poor, your huddled masses yearning to be free.” We cannot accomplish that if our arms are crossed and a wall is built tall enough to blind our eyes.

What resonates most with you in this interview with Juan Amaya? In other words, does something he says connect strongly with what you do or don’t believe? Why or why not? Feel free to log in and share your ideas with other KWHS readers in the Comment section. We promise to respond!

The interview alludes to the fact that Generation Z is uniquely diverse. How will that influence your role in the workplace? In society? In positions of leadership? Why might this be a true strength?

How do you think the U.S. should fix what’s wrong with its immigration system? What are your suggestions for improving policies and laws?

Social Entrepreneurship Spotlight: The Face Inside Your Coffee Cup