The recent release of the annual Trustees Report for Social Security has people fretting over the future of federal retirement benefits. By 2033, the Social Security program will not collect enough in payroll taxes to fully cover the estimated benefits it will pay out in a given year. Basically, that means less money in your pocket. The good news is that knowledge is power – the more you know, the better prepared you can be financially.…Read More 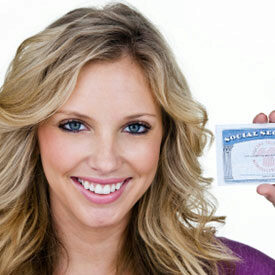 Travis Spillum, a recent graduate of Little Falls Community High in Minnesota, was a member of the winning team in the David Ricardo Division of the National Economics Challenge. You can ask Spillum just about anything on the topics of Gross Domestic Product (GDP) or monopolistic competition, but don’t expect him to know all the answers when it comes to Social Security. A recently released annual report on the federal U.S. program — which provides money to senior citizens who are no longer working through taxes collected from the nation’s employees – confirmed the projection that Social Security’s trust funds will most likely exhaust their reserves by 2033, meaning that Americans will then receive only 75% of the legally required benefits. Bottom line: Retirees will have less money in their pockets from Social Security.

The idea behind Social Security, which is formally known as FICA, or the Federal Insurance Contributions Act, was to help retired people pay the bills after they stopped working. It has been around since the 1930s. To pay for the benefits, a portion of your wages — in 2013, it’s 6.2% of the first $113,700 in salary — is taken out of each paycheck, and employers must pay an equal amount.

Social Security has long been part of the three-legged stool of retirement income in the U.S. — the others are workplace pensions and savings. All three sources of income support people who have retired from the workforce and are no longer earning a salary. But traditional workplace pensions — accounts that employers maintain to give workers fixed payouts when they retire — have been wiped out by many companies, and banks are paying record low interest rates on savings. Therefore, more retired people are depending on Social Security for most of their income. In fact, 23% of elderly married couples and about 46% of unmarried elderly rely on Social Security for 90% or more of their income, according to the federal government.

Still, the future of Social Security is uncertain. Americans are living longer — a good thing for individuals but bad for the Social Security fund, which now has to pay out benefits for a longer period of time. Think of it this way: In 1940, the life expectancy of a 65-year-old was almost 14 years, but today at 65, that person is likely to live almost 20 years more, according to the Social Security Administration.

Workforce numbers are also contributing to a weaker Social Security system. Workers pay taxes in order to fund the Social Security benefits that retirees receive. The system works fine as long as the number of people who are employed is more than the number collecting. In 1940, for example, 35.4 million people were working and paying into the system, but only 222,000 were collecting on it, for a ratio of 159 workers to 1 retiree. But by 1960, the worker-to-beneficiary ratio dropped to 4.9; and in 2010 it fell to 2.8, according to an article in U.S. News and World Report.

By 2033, there will be only 2.1 workers for each beneficiary, according to the U.S. Social Security Administration. Last year, then-Treasury Secretary Tim Geithner raised an alarm about the trend. “In 2033, incoming revenue and trust fund resources will be insufficient to maintain payment of full benefits,” said Geithner, who resigned from his post earlier this year. “At that point, there will only be enough money to cover about three-fourths of full benefits.”

Workers, including you, will also feel the financial effects of a shifting Social Security system. We’re talking “continued delays in retirement age, higher FICA rates [meaning more Social Security taxes coming out of your paycheck], and expanding the range of income that’s subject to FICA contributions,” says Ronald Lee, professor of demography at the University of California, Berkeley and director of the institution’s Center for Economics and Demography of Aging. “I believe that the retirement age will be raised and that the payroll tax rate will be raised so as to make the system more nearly sustainable.”

Some teens are already planning on getting a smaller slice of the Social Security pie.

“I will not be expecting Social Security to pay for my retirement,” Spillum notes. “The first thing I will do is pay off all of my student and other loans, and after that, I will start saving for retirement as soon as I can. I have not yet considered how I will save, though.”

A fellow Little Falls graduate and economics teammate, Aaron Nilsen, has also been thinking about what do to if he can’t rely on Social Security as his main source of retirement income. “I plan to supplement any federal support with my own safety net,” says Nilsen. “Probably through a Roth IRA,” which lets an individual’s savings grow tax-free. After returning home from the National Economics Challenge in New York City at the end of May, Nilsen told the Morrison County Record, “There were plenty of hard questions.” He is used to thinking through tough economic issues, which he hopes will prepare him for a sound financial future, including recognizing the need to plan ways to supplement his retirement income as Social Security benefits dwindle.

What are Social Security benefits and how are they funded?

What factors are contributing to the erosion of the Social Security funds?

Age 65 is many years away. Why should you think about these issues now?