Udayan Rao Pawar, a 9th grader from India, recently won the 2013 Young Wildlife Photographer of the Year award from the U.K.-based Natural History Museum. He hopes to leverage his love for the lens into a career as a conservationist. But one professional wildlife photographer offers some cautionary advice. …Read More 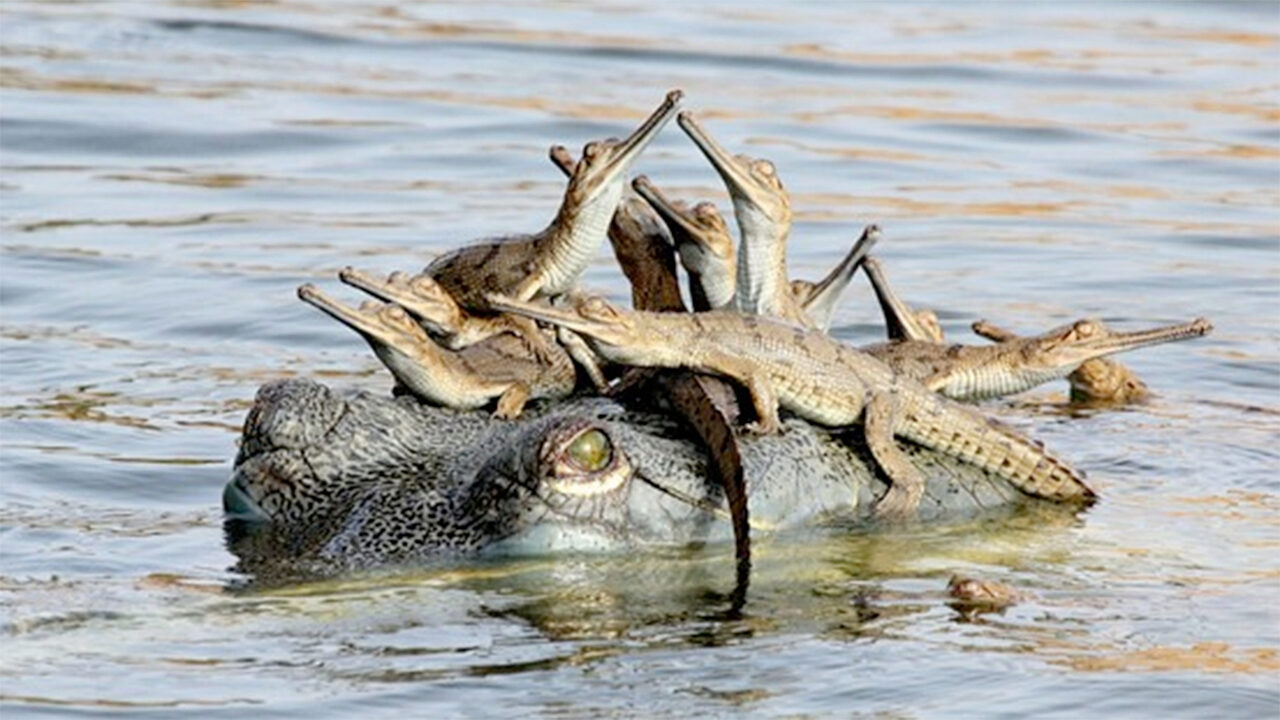 A passion for nature has become a potential career for 14-year-old Udayan Rao Pawar, a 9th grade student at Little Angels High School in Gwalior in India’s Madhya Pradesh state. Pawar recently won the 2013 Young Wildlife Photographer of the Year award in the 11-14 category from the U.K.-based Natural History Museum and BBC Worldwide. Now, with camera in hand, he wants to make a career as a conservationist.

Pawar’s winning entry, titled “Mother’s Little Headful,” was a sunrise photograph of a gharial crocodile and her offspring perched on her head. He had camped during the night along the banks of the crocodile-infested Chambal river that separates Madhya Pradesh and Rajasthan states, moving closer at dawn to hide behind rocks to capture his image. He caught in his frame a dozen of the 150-200 hatchlings around the mother gharial.

The judges liked Pawar’s composition and the timing of the photo, among other aspects, according to a note on the Natural History Museum’s website. Pawar received a cash prize of 1,500 pounds (about $2,466 U.S. dollars), a trophy and an invitation to the award ceremony in London last October. The award includes a master class with a leading nature photographer.

Pawar hails from a farming family, which grows paddy, wheat and sugarcane on 250 acres of ancestral farmland in the village of Kariyawati, 45 miles from his Gwalior home. During childhood visits to the farm, Pawar got interested in the region’s abundant flora and fauna. At age seven, he took to bird watching with binoculars and later bought a basic camera to record his observations. Next, he upgraded to a DSLR Canon 500D with a 100mm to 400mm telephoto lens that cost nearly $2,000.  Fully equipped, he began shooting wildlife subjects.

Pawar is passionate about wildlife conservation, which is the practice of protecting endangered plant and animal species and their habitats. He has seen one too many road accidents that have killed porcupines, jackals, foxes and antelopes. He also observes what he describes as poor conservation efforts by government forest staff, poaching, inadequate patrolling and corruption. Poaching is the illegal hunting, killing or capturing of wild animals, and is at crisis levels in India for wild tigers and other animals.

Pawar hopes his photography increases awareness about the need to protect the gharial, a critically endangered reptile. It is on the Red List of Threatened Species published by the Switzerland-based International Union for Conservation of Nature. The population of adult breeding gharials is less than 200 worldwide, according to the Natural History Museum. Gharials are one of the largest in the crocodile species after saltwater crocodiles and can grow to as long as 10 meters (about 30 feet). The gharial Pawar photographed was smaller at about six meters.

Pawar says the Chambal is one of the last remaining strongholds of the gharial, which makes conservation efforts there all the more important. The gharials lay their eggs in sand, but intensive sand mining in the area is hurting their growth, he adds. Fishing activity in the Chambal compromises their prey base, notes Pawar. The gharials are harmless to humans, but when they get trapped in nets, many fishermen “kill them out of fear,” he says.

Conservationists advocate for the protection of wildlife and natural resources, and often help find ways to use land without harming the environment. Many conservationists study ecology, natural resource management, agriculture, biology or environmental science. Pawar hopes to work with a nonprofit organization that is involved in conservation activities, such as National Geographic Society. He is also interested in BBC Wildlife magazine and the Wildlife Institute of India. “I love to photograph wildlife, and it is a creative and a powerful conservation tool,” he says. On the path to that career, he also plans to join the Indian Army. “I am interested in defense, and I like the Army culture,” he says.

Pawar is not interested in becoming a farmer like his father. As it happens, even his father, Aman Singh Pawar, would prefer that his son pursue a career that provides a more substantial income. Wildlife photography is also a risky proposition from an income standpoint, notes the elder Pawar. “There is a saying that the only time a wildlife photographer earns money is when he sells his equipment,” he notes. However, he wants his son to make his own choices. “If his passion [in wildlife photography and conservation] persists, he should make a career of it.”

De Roy says the proliferation of photographs on the Internet has hurt the market opportunities for professional photographers. “The reality is there is no industry that wants to pay for wildlife photography anymore.” She says she receives requests every day for free photos, but very rarely for paid photos.

Yet, De Roy believes that enthusiasts like Pawar might succeed if they become career conservationists first and supplement their profession with their skills in wildlife photography. “Do it from the other direction,” she advises. She thinks photos such as Pawar’s winning entry “are very rare” and not necessarily found freely on the Internet. “He has everything it takes, but on top of that, nowadays you have to have quite a bit of luck. You just have to persevere.”

What was the subject of Udayan’s winning photo and how does it relate to his personal interests?

What is a conservationist? Why might wildlife photography be a pathway to this career?

Who is Tui De Roy? Is she a successful wildlife photographer? Why or why not?