Project Runway, Fashion Star, Plain Jane – reality TV shows about fashion are everywhere these days, fueling an ever-greater passion for fashion among the world’s style-conscious teens. And social media provides the platform to not just love fashion, but to also share your insights and begin building your brand as a fashionista. KWHS talks with Laura Woods, a 16-year-old from Australia who publishes Dalliance magazine and who is plotting her path to fashion-publishing greatness. …Read More 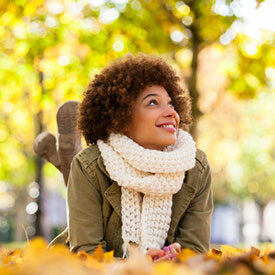 Laura Woods, 16 and a high school student at Abbotsleigh College in Sydney, Australia, had a busy Christmas holiday. She traveled for the first time to London, England, to meet with her business partner, 19-year-old Jasmine Gill. Last year, Woods and Gill began working together on Dalliance, an online fashion magazine that is “run and written by young people all over the world.” During their holiday collaboration, the aspiring fashionistas redesigned their magazine and turned it into, says Woods, “a publication consisting of all our favorite things.” Woods writes in her January 2014 Letter from the Editor: “Whilst I am writing this, Jasmine and I are sitting in her office in England…. I can’t believe after months and months of running this magazine together we have finally met! I don’t think we have stopped laughing. We’ve danced to Diplo together, obsessed over Carine Roitfeld’s [former editor-in-chief of Vogue Paris] life together and rejoiced in her new pair of Alexander Wang boots.”

Woods’ and Gill’s introduction to the high-powered world of fashion publishing may as of yet be merely a “dalliance,” but it is, in so many ways, reflective of the times. Teens around the world are obsessed with the fashion culture, and some have already begun to make a name for themselves through online blogging platforms and publications like Dalliance. Take, for instance, America’s Tavi Gevinson, who began building her brand at age 12 with her fashion blog, The Style Rookie. Now 17 and a senior at Oak Park and River Forest High School in Illinois, Gevinson is editor-in-chief of the online Rookie Magazine, and in both 2011 and 2012 appeared on the Forbes “30 under 30 in Media” list.

The quality of Laura’s blog caught the attention of like-minded fashionistas across the globe, including Gill. Gill asked if Woods might consider a collaborative project – run between Australia and the U.K. Woods jumped at the chance to expand, and spent time getting to know Gill by email, then Skype, before they began publishing the magazine together, with strong links to Facebook, Pinterest, Instagram and Twitter. The Christmas visit presented an opportunity to realign their publishing strategy.

The two are now working on advertising for their revamped online magazine, which will generate some revenue as advertisers buy space to promote their companies and products. So far, they have secured a few big-name advertisers such as Australia’s cable TV platform, Foxtel, and New Zealand Tourism. With an income stream, Woods says she’ll be able to invest in the best content and offer customized content to attract particular advertisers. Then [tweetthis alt=”” hashtag=”” url=””]she hopes to morph the e-magazine into a print version and ultimately open a boutique and online store.[/tweetthis] “I eventually want to be a fashion director for Vogue or Russh,” she says.

It takes a lot of work, ingenuity, courage and chutzpah to make it big in fashion magazines, according to Louise Roe, a professional fashionista. After paying her dues, Roe – a journalist who also contributes to The Huffington Post – now hosts television’s Fashion Star, as well as a reality makeover show, Plain Jane. Last year, in a joint venture with London-based fashion brand Stylistpick, Roe launched a collection of shoes and handbags.

Yes, Roe has poured the tea for colleagues, photocopied, gone on endless coffee runs, transcribed others’ interviews and spent hours working on the more mundane tasks related to the magazine production process. “But every now and again, there are moments that remind you why you fought so hard to get there, giving you the boost to keep going for it,” she says. “Getting your foot in the door, not losing sight of your goals and staying inspired are crucial and worth it.”

‘Shaking Through the Segment’

After five months interning at Elle magazine, Roe got her first paid job at In Style. “A few more magazines and some styling jobs later, my editor at the time was asked to appear on BBC News, talking about wedding dresses,” Roe says. “She asked me to do it. I’d never, ever thought about doing TV before, but I gave it a shot, shaking all the way through the segment. That same day, a producer called and asked if I’d like to try out for a new fashion program. The rest is history!”

Woods has already figured out that school is essential to the career she’s been formulating since first discovering magazines at age seven. She understands her plans require knowledge of e-commerce and business, so her senior-year subjects include business studies, English, legal studies and math. After her final high school exams, Woods will head to New York City to intern at a magazine. She’s seeking out Australians in the industry abroad, and New Yorkers with links to the big brands, in the hope that networking so early in her career will help her make the necessary connections in the fashion publishing industry.

Roe has a few additional suggestions for those wanting to work as fashion editors:

1. Start early: Apply for work experience while still at school.

2. Be proactive: Start a blog, style your own shoot, report on fashion weeks, the Oscars and the like. Show initiative, independence and think outside the box.

3. Résumé: Create one! Demonstrate a love of fashion through extracurricular activities and work experience.

5. Fix things: [tweetthis alt=”” hashtag=”” url=””]Interns who quietly and confidently problem solve are worth their weight in gold.[/tweetthis] Strive to anticipate the editor’s needs and get things done quickly and quietly without too many questions. Also, understand social media intimately, as it is becoming a huge part of the industry’s progression. Take courses in Photoshop and web design, if possible. Knowing how to work in all areas of the office, not just your own, will come in handy.

6. Keep in touch: Network and build relationships. It’s crucial to stay in touch so that when a job comes up, you can be top of mind.

Take a look at the online blogs and magazines cited in this article, including Dalliance and The Style Rookie. How is social media redefining fashion publishing? Publishing in general? What do you think that means for the present and future of the industry? Can you think of other young bloggers and publishers who are examples of fashion up-and-comers?

What does Louise Roe mean when she says, “Interns who quietly and confidently problem-solve are worth their weight in gold?”

Have you ever job-shadowed or interned? If so, share your experience with the class. If not, where would you like to shadow or get an internship? What’s stopping you from trying?