Adventures in Intellect: The Value of a Good Research Paper

When was the last time you wrote 11,000 words just for the fun of it? Some say in-depth research papers are a dying art. Not so for high school students who aspire to be published in The Concord Review, an academic journal that has published more than 900 research papers by high school students on topics that range from the history of computer giant IBM to Christianity in Korea. What’s the appeal? Teenagers share their passion for analysis, libraries and page upon page of the written word. …Read More 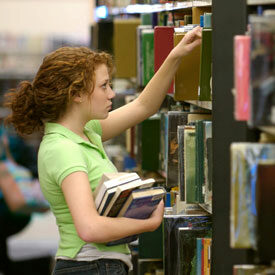 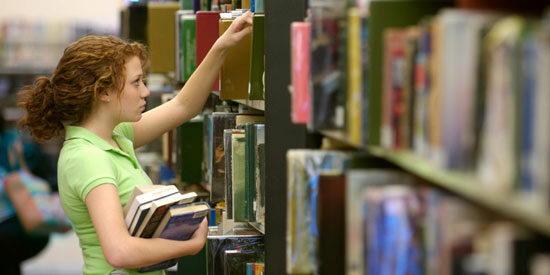 “Researching allows me to pursue what I really want to learn and forces me to think creatively to answer questions that I have posed.”— Caroline Tan, freshman, Yale University, Connecticut

“I think the thought process involved in writing a research paper definitely got me thinking critically of the knowledge around me, and asking questions instead of just accepting other people’s opinions.”  — Chetan Singhal, senior at United World College of S.E. Asia, Singapore

“I found the challenge of constructing a scholarly paper of my own to be enticing in terms of the intellectual adventure and sheer joy that it promised.” — Tianhao He, senior, Walter Johnson High School, Maryland

Nothing makes William H. Fitzhugh, a former high school history teacher, happier than hearing students talk about their love of research. It is what inspired him to launch a small academic journal 23 years ago in Sudbury, Mass., that is highly revered today as The Concord Review. “I felt there was a need to recognize diligent high school students who were going above and beyond their school’s academic requirements to research and write quality history papers,” says Fitzhugh.

In keeping with that mission, the Review has published 934 research papers from teenagers in 44 states and 40 other countries, ranging in topics from the history of IBM and the Asian financial crisis to Christianity in Korea and the American philosopher George Ripley. “My goal has been to not only recognize these students for their achievements, but to encourage others to follow in their footsteps,” says Fitzhugh.

Definitely Worth the Effort

That’s why Chetan Singhal, a senior at United World College of S.E. Asia in Singapore, was inspired to turn his interest in medieval history into a research paper on the trial of the Knights Templar. After literally stumbling across a volume of The Concord Review in his library a year ago, he became intrigued by the fact that such high-quality work was being done by other high school students. “It was then it struck me, that even I could produce a work like this, and that even if it doesn’t get published, it will definitely be worth the effort,” says the 17-year-old.

Singhal’s essay was published in the Review — an accomplishment that helped him gain acceptance at Williams College in Williamstown, Mass. where he will be going in the fall. Not everyone is as fortunate to make the same self-discovery as Singhal. According to Fitzhugh, reading nonfiction books and writing a research paper still remain foreign concepts to most high school students.

Tianhao He, 17 and a senior at Walter Johnson High School in Bethesda, Md., has grown used to the puzzled looks on people’s faces when they discover he researched and wrote an 11,200-word history paper — not as homework or extra credit, but for the sheer enjoyment of learning something new. “The first thing I tell people is that I wrote it because it was fun,” says He, whose essay focused on Alexander Hamilton and his contributions as the first U.S. Secretary of the Treasury. “I realized that researching Hamilton would allow me to analyze issues in politics, economics and even constitutional law, subjects in which I have a very strong interest.”

As He looks forward to attending Harvard University in Cambridge, Mass., in the fall and studying economics, he feels better prepared to tackle the in-depth studying the college requires. “I know that I will continue to hone the critical thinking skills that I learned through writing this research paper in college and beyond,” says He.

Kristy Henrich, a freshman at Stanford University in Stanford, Calif., also values the chance to strengthen her research skills before arriving at college, especially since all freshmen are required to write a 12-to 15-page research-based argument. Thanks to the essay she wrote on Civil War Medicine for The Concord Review, Henrich says she developed a number of skills, such as organization, time management, analysis, development of original ideas, creativity and diligence. “While tackling a research paper is always challenging, it is not nearly as daunting for me as it has been for some of my classmates who have never had this experience before,” says Henrich.

Caroline Tan, a freshman at Yale University in New Haven, Conn., agrees. She, too, credits the research paper she wrote in high school for the Review, which was on President Wilson’s influence on student-led demonstrations in China, for better preparing her for coursework at Yale. “When professors assign research papers in class, I know how to use academic databases to find scholarly articles or navigate libraries to find relevant books,” says Tan. “I know how to brainstorm, structure and ultimately churn out thousands of words regarding a particular intellectual topic.”

As more businesses, such as law firms, report spending money on remedial writing courses for their employees, writing a research paper may prove to have a positive impact on building skills necessary for the workforce as well. “You won’t get anywhere in a career by just talking about yourself,” says Fitzhugh. “Accumulating and communicating information are essential skills for any job.”

One comment on “Adventures in Intellect: The Value of a Good Research Paper”

Millionaire at 25: Jack Abraham on What It Takes to Be a Successful Entrepreneur