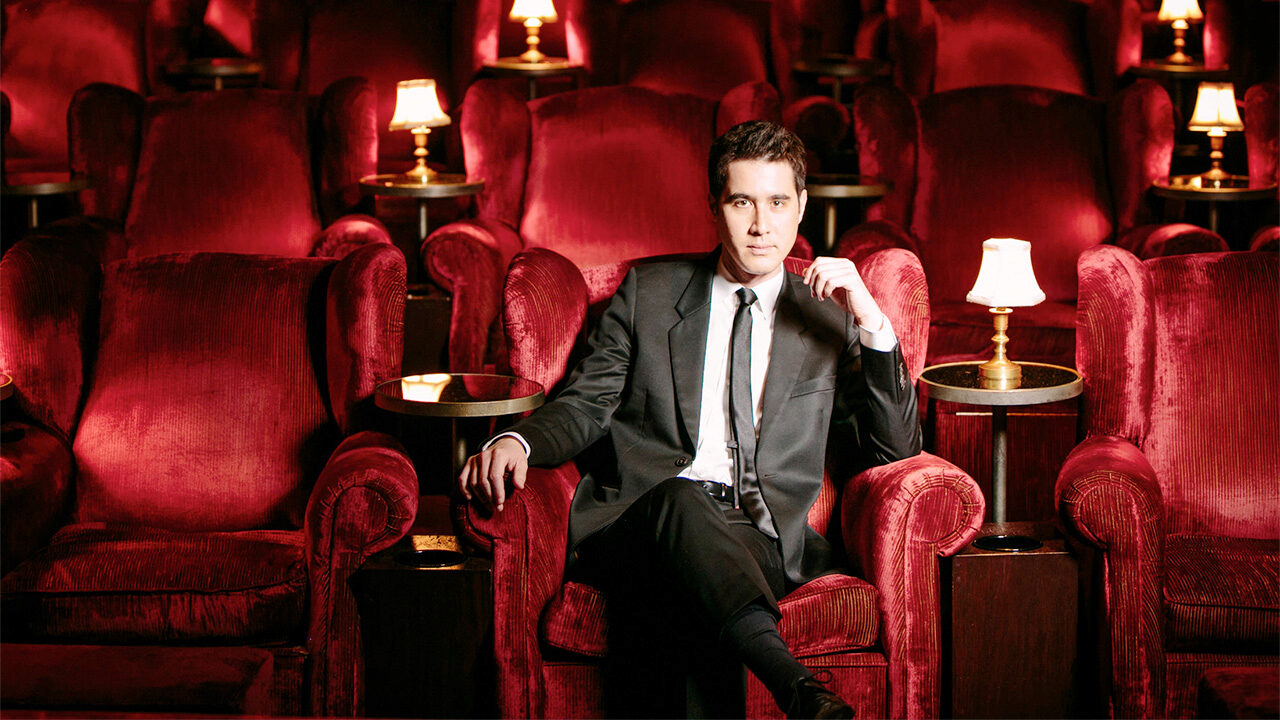 Have you ever seen the NBC TV show Blindspot and wondered how they turned the tattoos on a woman’s body into clues for solving crimes? Or maybe you watched the movie Now You See Me and were amazed by charming magician Atlas and his team of illusionists. In both these popular on-screen productions, one off-screen consultant was manipulating the secret codes and magic tricks — professional magician and New York Times crossword puzzle constructor, David Kwong.

Kwong came to the Wharton School last week as part of the Authors@Wharton speaker series to chat with friend and former Harvard classmate Adam Grant, a Wharton management professor, and to talk about his book, Spellbound: Seven Principles of Illusion to Captivate Audiences and Unlock the Secrets of Success. Grant, an amateur musician who founded a magic club with Kwong while at Harvard, quickly set the tone for the evening: “I entertained some dreams of performing as a magician,” said Grant. “Within an hour of meeting David, those dreams were dashed…He was so good at magic.”

During his Wharton visit, Kwong (also a TED talk favorite) dazzled the audience with card tricks, hidden codes and a seemingly spontaneous crossword-puzzle construction, which unfolded within minutes before our eyes. And while he was careful not to reveal the secrets of his trade, he did share some great insights about leadership and life.

The Illusion of Choice

Kwong underscored a key principle of magic: the illusion of free choice, which he suggested could be applied to other areas of our lives. “If you can get your audience believing that they are dictating how the trick goes, they will buy into the illusion more,” said Kwong, who prefaced this statement with a story about burying an entire deck of playing cards in the yard of a Hollywood director hours before meeting with him to prepare for a specific magic trick. “You set up everything ahead of time, but then you allow them to make all the decisions. It is the illusion of free choice. Think about how effective it is in a sales meeting. Instead of strong-arming someone on the other side of the table, you get them to come to the idea themselves. You’ll find that when you get people to arrive at an idea themselves, they are also more emotionally invested in it.”

“A big rule of magic is that we never tell you what the end of the story is going to be. We can always pivot to get where we want to go.” — David Kwong

Magic is about manipulating the choice environment, said Kwong: “So many magic tricks hinge on this.” For instance, laying down four cards in such a way that the one you want someone to pick is most accessible. This, added Kwong, is a key leadership principle, as well. He called on past U.S. president Dwight D. Eisenhower to help make that connection: “Leadership is the art of getting people to want what must be done.”

Through years of hats, rabbits, wands and hidden strings, Kwong has also mastered another strategy that is fundamental to effective leadership: the pivot. He needs to be able to change direction quickly — a valuable skill for entrepreneurs and business leaders. “A big rule of magic is that we never tell you what the end of the story is going to be. We can always pivot to get where we want to go,” said Kwong. “You learn through the decades by screwing up big-time, and every time you screw up, you learn how to get out of that problem. Not a single show goes by that I don’t screw up one little thing. I’m pivoting without my audience being aware. I go to a new talk and a new performance and I’m 85% prepared. I know I can complete that other 15%. I’m trusting to my skill set. I know that I am so well practiced that I can use the various moves and principles to roll with it and figure something out.”

Kwong, who studied the history of magicians at Harvard and earned an undergraduate degree in history, wrapped up by sharing what he sees as a key to his own success in a profession where the mechanics of the magic tricks haven’t changed much through the decades – focusing on what skills you can bring to the stage to have a lasting impact. What is your leadership edge?

“Everything you do might be relevant,” said Kwong of career and leadership development. “All these crazy different jobs I’ve had, like studying history in college, working in Hollywood, all these things come together to form who I am. For the most part, magic is about putting your own spin on the same tricks that have been around for 100 years…How can you mix and match them and present them in a fresh way to your audience? I’m always thinking about how I can do a magic trick that has a payoff in one way and then has a secret code built in for later in the show…I cross-pollinate my puzzle world into magic and create something new.”

What are four key takeaways from David Kwong’s visit to Wharton?

Do you like magic? Do you think you could make it your career? How might you do what David Kwong suggests and bring something new to the stage?

David Kwong talks about the importance of pivoting. What does he mean by this and why is it an important skill, not just to get out of a touch situation, but to excel at what you do?

2 comments on “Revealing Secrets of Magic, Leadership and Life”