The Business Behind XFL Football 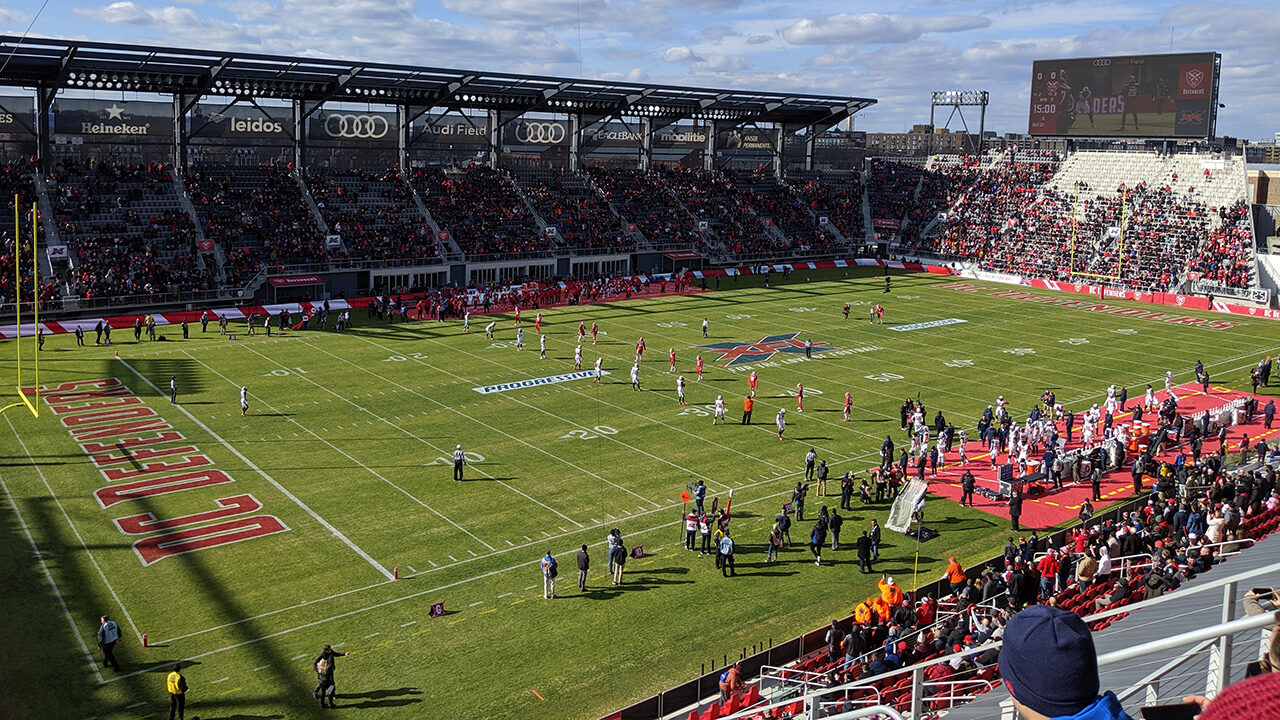 High school students with a passion for sports analytics are anticipating a whole new selection of numbers to examine and compare. The XFL, a professional American football league that is otherwise known as “spring football” because it follows the traditional fall National Football League season but with different players, kicked off its inaugural season last Saturday to throngs of cheering crowds.

Sports fans, observers and analysts alike have been buzzing about this XFL launch, particularly since the league first tried to get off the ground 19 years ago — and failed. All eyes are on this XFL reboot, which involves eight teams in key cities, a 10-week regular season and a two-week post-season. Diehard football fans, who admittedly get a bit depressed after the NFL season-ending Super Bowl, which aired on February 2, are hungry for more tackles and touchdowns.

How Fast Was that Pass?

Sports analysts likewise see potential – especially in an era where data drives business in so many ways. Adi Wyner, a Wharton professor of statistics and a faculty lead for the Wharton Sports Analytics and Business Initiative, said last week during the Wharton Moneyball radio show on SiriusXM, that he sees a wide-open opportunity for in-game analytics in the XFL that would give fans more access to the game.

While Wyner and his colleagues interviewed XFL team president Erik Moses on the show, they advocated for trying to build a culture of greater data availability for the public. “What Major League Baseball has done well with the data is use data to make the fan experience much more compelling,” said Wyner, who also helps to run Wharton’s summer sports analytics Moneyball Academy and Moneyball Academy: Training Camp for high school students, as well as the summer Sports Business Academy for high school students to study sports business leadership at Wharton. “You go to a baseball game now and you have detailed information about the velocity of the pitch, and when you watch the game you see the whole strike zone and the curvature of the ball,” added Wyner. “I’d love to see some of that stuff for football. I’ve been hankering for that for years. How fast was that pass? I’d love to have the data to show some of that information. [The XFL] could be a leader for the availability of information.”

Moses, president of the XFL team the DC Defenders, agreed that data capture is an XFL priority. “Over the last 18 months in getting our game prepared for presentation, we’ve done a lot of that measuring and trial and error around rule innovation,” said Moses, who is one of eight presidents leading the eight teams in the XFL. “We can’t underestimate the importance of making certain that people talk about the game in a way that fans can follow. We have rule innovations that give you different stats to capture…We were measuring different things with sensors on guys to measure velocity off the edge and how much force they were using to hit pads. We are a 21st Century sports league and will look for every opportunity to measure and analyze things.”

“There’s a commitment from the highest levels of leadership for this to be a long-term endeavor and something that is going to be a part of the sports landscape nationally.” — Erik Moses, President, DC Defenders

Moses also underscored other business-focused changes that he and his XFL colleagues believe will drive success with this league the second time around. During a visit last week to Wharton Business Daily, Wharton’s flagship radio show on SiriusXM Business Radio Channel 132, Moses and Heather Karatz, president of the XFL’s Los Angeles Wildcats, discussed the business of the XFL. Here are a few of their takeaways:

Structure. When the XFL was first launched in 2001, it was controlled by the World Wrestling Federation and NBC. This time is different. “The XFL essentially started the first time around as a joint venture between NBC and the WWF,” said Moses. “And this time it’s a separate company and Alpha Entertainment (owned by Vince McMahon) owns all eight teams in the league. We’re self-contained and have some really experienced and great people working at the league level and all eight teams. The single-entity structure helps you to get the organization and the teams set up really quickly and in a way that shows some continuity in the early stages. We have eight strong presidents in our markets and we’re focused on the football this time.”

Market Research. Understanding your market is key to success in business. The XFL has turned to, among other things, its fan base to build a more sustainable league. “What did our fans want? We had to find our fans and give them a voice and listen,” said Karatz. “Back in June or July, we said we didn’t know our fans. We put stuff out on social media: Meet at this bar and let’s talk all things XFL. It started with 15 people around the table and [we asked], what do you want out of a new league and team? What I heard form the fans sitting around that table is that it’s great to have affordable ticket prices, but then don’t gouge me on parking and concessions and all the other ancillary items. Here in LA, we are offering $20 parking where you can also tailgate. It’s a really affordable paradigm for this market.”

Innovation. XFL decision-makers are taking an innovative approach to the game of football, introducing new rules and even challenging some old traditions in the spirit of staying competitive with traditional football and relevant to fans – like any good business. For one, games will be under three hours with a much shorter play clock. “We have a style of football that is less stall and more ball,” noted Moses. Other innovations include a kickoff spot that is set at the kicking team’s 30-yard line, rather than the 35, and the extra-point kick after a touchdown was replaced with a scrimmage play, giving teams the opportunity to score one, two or three extra points. “While it’s important to sell tickets, we want the game-day experience for our fans and our players and our coaches to be lively and energetic,” added Moses.

In the end, the revived XFL has broadcast the message that it is coming together as a league of football experts, both on the field and off, who are focused on what they know best – delivering a strong football product. A big investment of time and money (including $500 million from McMahon’s own bankroll) has laid the foundation for success the second time around. “There’s a commitment from the highest levels of leadership for this to be a long-term endeavor and something that is going to be a part of the sports landscape nationally and in these eight markets and maybe more markets to come in the future,” said Moses. “We are building it the right way.”

Are fans convinced? Coming off the first weekend of play, during which Moses’s DC Defenders beat the Seattle Dragons 31-19 to a reported crowd of 17,163 at Audi Field in Washington, D.C., they are hopeful, if not even a bit euphoric. “There are certainly aspects about this new attempt that are very positive, and the first week was a great success,” observes Wharton statistician, Wyner. “The play seemed genuinely high level. The game really seemed like football (without any qualifiers). And the rule changes are interesting and exciting. Sports analytics Twitter was very positive, and by and large everyone seemed to enjoy the games. I am certainly hopeful and really would like it to succeed!”

Do you think this new XFL league will succeed? Why or why not?

Using the article and the related links, explore more about the XFL’s failure in 2001. How did Vince McMahon and others learn from their mistakes?

What are some of the biggest challenges to success for the XFL and how do you recommend that they overcome them?

5 comments on “The Business Behind XFL Football”