A Boy and His Drone 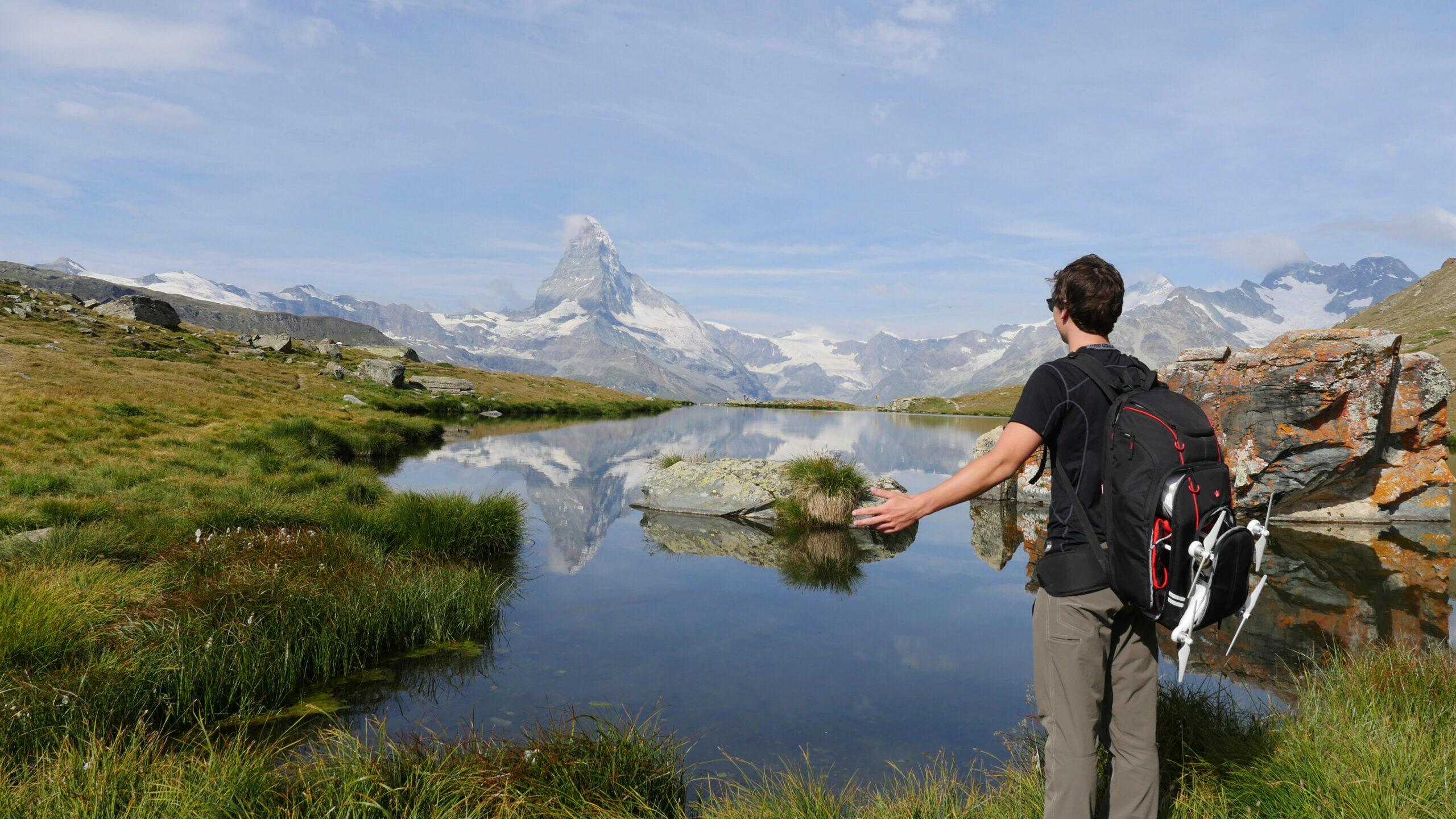 Some teenagers choose to collect their first paychecks from local fast-food restaurants or retail stores. Not Tyler Williams, a senior at Lake Washington High School in Bellevue, Wash.

Williams, 17, prefers to make his money capitalizing on a high-flying trend right now — as a commercial drone pilot. He flies a DJI Phantom 4 Quadcopter, filming footage for a variety of clients, including contractors and realtors, through his company Smooth Sailing Media. He says that his business has seen steady growth, especially in the past year.

Williams’ high-tech hobby-turned-business illustrates the rising demand for drone services. A recent KWHS article about the Unmanned Aircraft Systems industry (see related links) pointed out that a new Federal Aviation Administration (FAA) ruling that is making it easier to become a commercial drone operator in the U.S. is expected to generate more than $82 billion for the U.S. economy and create more than 100,000 new jobs in the next 10 years. Williams can expect to have some new competition – even from other teens, who are reportedly among the expanding throng of drone hobbyists and entrepreneurs.

Of Skateboards and Architects

Smooth Sailing Media was born from a passion for skateboarding. When Williams was 12, he received a skateboard for Christmas, which then led him to race competitively around the U.S. and Canada by the age of 15. He was heavily involved in the skateboarding community and even had a following on Youtube, where he uploaded skateboard tutorial videos, shot in part with a drone that he bought when he was 14.

Williams had to end his skateboarding career after too many concussions. However, he still had his drone and love of filming. He offered his services to a local architect and from there, his business grew, especially among construction companies and realtors who wanted to film properties. He soon scored an exclusive deal with a car rental company, for which he films luxury cars (like the McLaren featured on his website homepage) racing and drifting, a special driving technique. He has even piloted his drone for the Seattle Aquarium.

Just how profitable can drone flying be? Williams says that he made $3,000 in September and nearly $5,000 for October. He doesn’t spend his earnings frivolously, though. He says, “I have invested all the money I have earned in the past two years.” Along with his love for working with drones and filming, he has a passion for the stock market and finance, which he hopes to study next year in college at either Santa Clara University or the University of San Diego, both in California. “My goal is to start innovative and world-altering businesses,” Williams notes.

Whether you want to get involved with drone flying as a hobby or as a side income, you need to be aware of a few things. Williams shares three tips for young drone enthusiasts:

“When I purchased my first drone, it cost me about $2,200 to set it up,” Williams says. However, this was before the “drone boom,” that has hit in the past year. Two years ago, drones were still a new concept to the public and much more expensive to buy. “I had to wire and put together my own FPV system with the help of my dad,” Williams says, talking about the first-person viewer he had to create since they weren’t easily ready to purchase like they are now.

Williams says that drone quality is improving, while prices are going down. “I would say the starting cost of a drone/film business would be around $1,500 to 2,000,” Williams says, adding, “Don’t skimp on quality.”

You can’t just buy a drone and start flying If your drone weighs between 0.55 pounds and up to 55 pounds, you’re required to register with the FAA. This is true for everyone, even if you only plan to fly your aircraft in your backyard. It only costs $5 to register, but forgoing this process can result in civil penalties of $27,500, a criminal fine of $250,000, and/or three years in prison.

If you wish to make money with your drone, you must get a remote pilot license. In order to get your license, you must:

The whole process costs $150, which is the price of the exam.

Williams has earned money with his drone because he has a passion and a talent for it, and he stresses that it’s not a get-rich-quick kind of business. He has developed his expertise over time by shooting videos in different capacities. If you are entrepreneurially minded, Williams suggests taking a look at the things you love and finding ways to grow and profit in your hobby or talent. “I would also advise student [pilots] to not worry about making money back from their drones right away,” he says. “Customers are hesitant when hiring a teenager. To avoid this, I always bid low and then prove to them the quality of my work.” He also recommends having a quality website and Youtube channel to display your video portfolio.

Tyler Williams says, “I believe your best work is done when it is out of passion.” When considering which degree to pursue in college, it can be difficult to find a path that fulfills your passion while still paying well. Why is it so important to find a balance between the two? Brainstorm a few of your own passions and hobbies. How can you shape them into a successful career?

What are some ways that Smooth Sailing Media is preparing Tyler for the future? Does he plan to make drone flying his life’s work? If not, why should he bother doing it?

Consider the drone trend. Do you think it’s here to stay? Is drone technology evolving quickly? Where do you think the trend is headed? Refer to the “Unmanned Aircraft Systems” article in the Related KWHS Stories tab for more insight into the industry.

5 comments on “A Boy and His Drone”

The Employment Reality: ‘It’s So Much More Complicated’