Though best known as an actor, Richard Dreyfuss has lately turned some of his attention to helping young adults learn more about the founding ideals of the United States. His nonprofit, The Dreyfuss Initiative, provides interactive educational materials for teachers, parents and students. The Oscar winner recently sat down with Knowledge@Wharton High School to talk about what young people need to know about government, and the lessons that have been important to his development as a citizen.…Read More 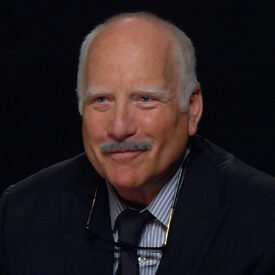 Though best known as an actor, Richard Dreyfuss has lately turned some of his attention to helping young adults learn more about the founding ideals of the United States, and how to become more active and knowledgeable citizens. His nonprofit, The Dreyfuss Initiative, provides interactive educational materials for teachers, parents and students.

The Oscar winner (for 1977’s The Goodbye Girl, although he’s arguably better known as the inspirational music teacher of Mr. Holland’s Opus), recently sat down with Knowledge@Wharton High School to talk about what young people need to know about government, and the lessons that have been important to Dreyfuss’ development as a citizen.

An edited version of the conversation appears below.

Knowledge@Wharton High School: Your nonprofit organization, The Dreyfuss Initiative, emphasizes the importance of civics and civic engagement. Why is it important for teens to learn more about government and their role as citizens?

Richard Dreyfuss: First of all, there is an unwritten rule, a law of the universe, that says that all people, no matter who they are, have an unalienable right to know who they are and why they are who they are. Not only are they allowed, or obligated, to know the narrative history of their country for real — and not just glory tales and myths — but they should be taught excellence in practical, political power because sooner or later they will be asked to run this country. And if they’re not excellent at running it, comprehending what it is or how to maintain it, they’ll lose. And that will be the end of the country

KWHS: What are some specific things a young person can do to become a more informed and active citizen?

What you have to find are expressions of what we call American ideas, ideas of the enlightenment, of common sense and reason. And the goal of clarity of thought, so that you know before you graduate high school that you own this country and you can see a flimflam artist from a mile away. And when someone breaks the law, especially those that are important laws, that no matter who they are or what office they hold or what institution they represent, [whether it is] the banks, the schools, the presidency or the Congress, they must be held accountable as the average ordinary citizen is. Ordinary citizens are held accountable; presidents, congressmen, justices of the court and heads of corporations are without any fear that anyone will hold their feet to the fire.

KWHS: You played an inspirational teacher in Mr. Holland’s Opus. What did that experience, and others that you have had in your life, teach you about the role that teachers and even the high school experience, overall, have in shaping young adults.

Dreyfuss: There’s a story about the guy who wrote the script for Mr. Holland’s Opus. He was in a traffic jam in LA, and he was all sweaty and upset and crazy about the traffic jam. And he asked, “What’s going on?” And someone said, “Oh, there are people up there striking with placards?” “Who?” he said. “Teachers,” they said. And he immediately lost all of his anger, turned his car around, went home and wrote the script to Mr. Holland’s Opus in one week because he remembered that there were teachers who had changed and improved and enlarged his life. And that they, of all people, had a right to hold up a placard and strike and say, “Don’t throw those bullets my way,” which we have a habit of doing.

KWHS: What can those teachers pass on to their students that could help young people carry those ideals forward as they go onto college and to build careers?

Dreyfuss: The secret of public education that they’ll never tell you is they know that for the most part you’re not going to be using geology. But you will have to do something you don’t like for at least an hour and a half every day, so homework is more important than the subject. And that thinking with common sense, with logic and clarity, is far more important than knowing the Mercator map or geography or calculus.

You have to know how to think clearly because you’re asked in our unique form of government … to participate in more power and understand more of real power in the world, than in any other system. It’s really the greatest tip of the hat to mankind that anyone has ever come up with.

KWHS: What are some lessons that you’ve learned over the course of your career that you wish someone might have told you when you were in high school?

Dreyfuss: Patience. I don’t know how to really answer that. I know that intelligent is better than stupid, and that’s in aggregate what I learned in school. I know that there are secret, splendid pleasures like learning something for its own sake, not for a test. And I can remember the day that that happened to me. And it was like discovering the new world. It was like discovering a continent of pleasure that I knew would always be with me, that I wasn’t learning just to pass out of school. I was learning and that process gave me a kind of sense of pleasure and contentedness and eagerness that is unique.

KWHS: I think for many of us, there’s a particular event or figure that draws us into a particular subject. Was that the case for your interest in civics and American history?

Dreyfuss: Not really from the beginning. I had started reading mythology. I was in love with Greek mythology. And mythology, especially Greek mythology, is really the most realistic of all gods to worship because they have all the foibles of mankind and that led me directly into history.

If I had to pick I would say that, at some time earlier in my life, I wanted to teach a class in maligned heroes, people who had bad reputations and who didn’t deserve them like Aaron Burr and Richard III and, to a certain extent, [former Louisiana governor] Huey Long. I wanted to teach how history was as varied and as complex and irrational, and rational and beautiful in its irrationality, as all people are.

One comment on “Actor Richard Dreyfuss Talks Greek Mythology, ‘Maligned Heroes’ and How to Become A More Engaged Citizen”