Student Essay: Saving for Retirement: ‘Time Is on Our Side’ 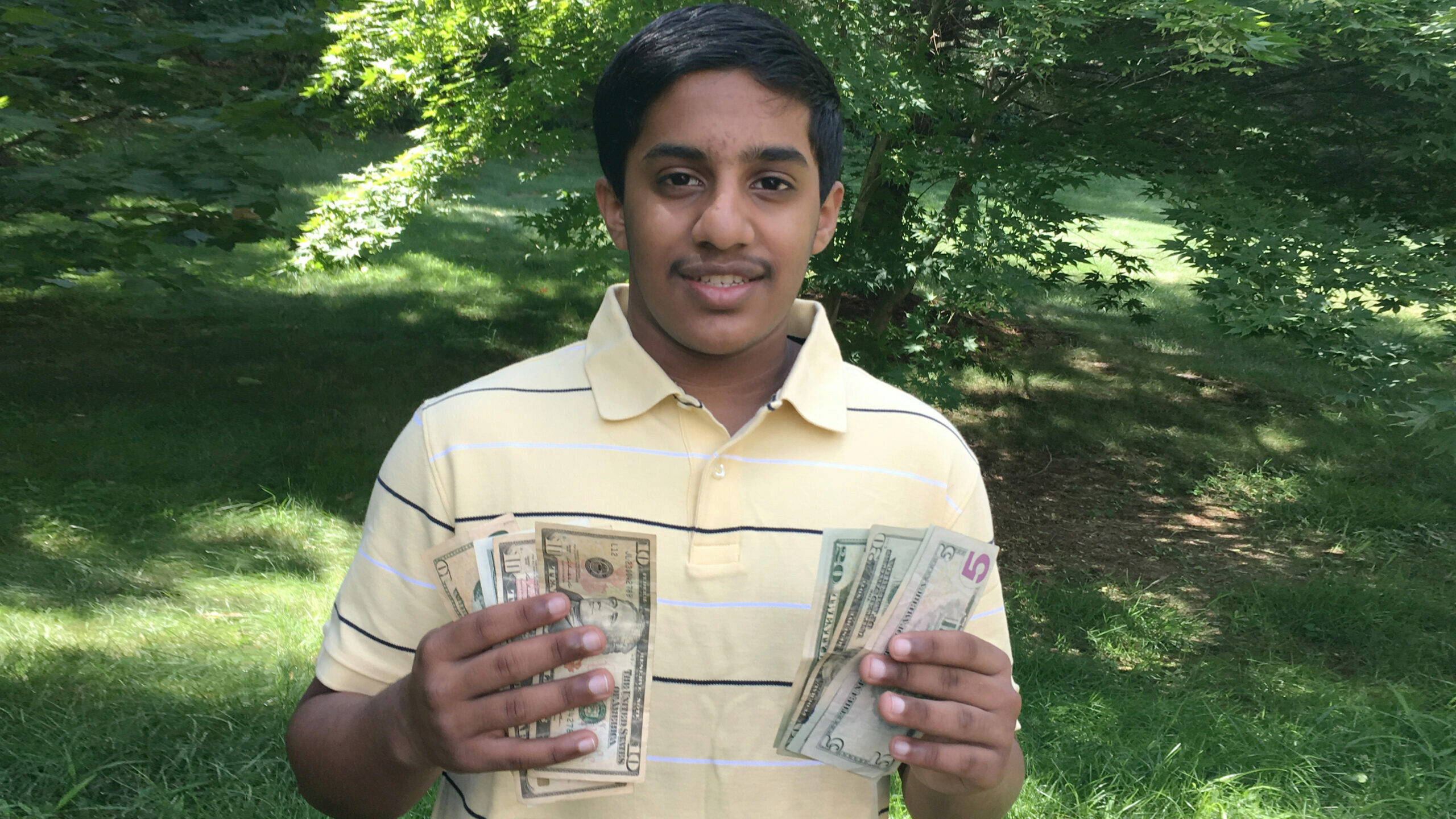 Rohit R. is a junior at Ridge High School in Basking Ridge, N.J. Roy responded to KWHS’s recent outreach for student essays with a pitch about the importance of saving for retirement, a topic that is not typically top-of-mind for 16-year-olds. After all, when you’re a teenager – retirement just seems so far away. But, as Roy points out, starting early can make a huge difference. And considering 46% of all American workers have less than $10,000 saved for retirement and 29% have less than $1,000 saved, it’s never too early to start thinking about your nest egg. In this essay, Roy helps us understand why.

Both my parents are computer engineers. My father Jaideep is vice president of information technology at HSBC, a global financial services firm, and my mother Anu is a senior IT professional at Verizon Wireless. I often hear my parents discuss their retirement plans and the likelihood that they are not saving enough for the days when they are no longer earning income from their jobs. They worry about not being able to pay for housing, transportation, medical care and other basic living expenses after they retire. Additionally, they want to travel, play golf and eat out, but are anxious that they won’t be able to afford the good life. They often lament the fact that they did not start to save for retirement earlier in their careers. My parents tell me a lot of things (sound familiar?), but they especially tell me not to make their same retirement-planning mistakes.

Medical advances and today’s healthier lifestyles mean that we are likely to live longer than ever before. According to some estimates, millennials are expected to live beyond 90 years of age. Considering the average retirement age in America is around 60, most of us will need to save enough money to live for another 30 years or more after we stop working in our full-time careers.

A recent study by the National Institute on Retirement Security estimates the overall U.S. retirement savings deficit or shortfall to be between $6.8 trillion and $14 trillion.

In addition to employees not saving for retirement, opportunities for other income streams are also fading. Most companies in today’s business world have stopped offering traditional pension plans where the employer provides money after retirement. Additionally, the Social Security Trust Fund — Government-provided Social Security for older Americans — is severely underfunded and is expected to run out by around 2033. As teenagers, we can’t depend on these previous sources of income to provide financial security in our old age. It is up to us to save enough money for our golden years.

The best time to start thinking about saving for retirement is when you start generating income, especially as you begin your career. My parents have saved money in two popular retirement plans called the 401(k) retirement plan and the Individual Retirement Account (IRA).

A 401(k) retirement plan allows employees to deduct money from their salaries and to contribute that money to their own 401(k) retirement account. The benefit is that these deductions are not subject to federal and state income taxes. For example, last year my parents contributed $36,000 ($18,000 each) to their 401(k) retirement accounts, enabling them to save more than $14,000 in income taxes. Another benefit is that this money is pre-committed, meaning you don’t physically have to save it yourself — once you specify the amount and set it up through your employer, the money automatically deducts from each paycheck that you receive and is invested through the 401(k).

Most employers also provide an added incentive for employees to save using 401(k) accounts by matching their contributions. This essentially means that employers are giving you free money to save for retirement. So, once you enter the work world take full advantage of it! My parents, for example, received more than $12,000 last year in matching contributions from their employers! One thing to keep in mind is that the Internal Revenue Service (IRS) does limit the amount that can be contributed to a 401(k) plan. The 2016 limit is $18,000.

The money contributed to a 401(k) plan can usually be invested in financial instruments such as mutual funds. Mutual funds are financial products that invest in collections of stocks and/or bonds and offer higher rates of return. Thus, the tax-free money saved in a 401(k) account has the opportunity to grow over a period of time.

You can start taking money out of the 401(k) plan after you reach 59½ years of age. You will be hit with a 10% penalty if you try to take the money out sooner. This, of course, is to ensure that we are forced to save for retirement and do not raid our retirement accounts for frivolous activities. Once we start withdrawing money during retirement, that money is then subject to federal and state income taxes. Since we will not typically have other income during retirement, the taxes that we will have to pay will be significantly lower than what we will have to pay while working.

An IRA is very similar to a 401(k) retirement plan. An IRA offers tax-deferred growth on retirement savings and is not to be taxed until the money is withdrawn. While the opportunity to contribute to a 401(k) plan is restricted to people employed by companies that offer such plans, anyone can contribute to an IRA as long as he/she is less than 70½ years of age. The maximum amount that can be contributed to an IRA is limited to $5,500 for 2016.

Multi-millions in Your Future?

I feel that saving for retirement is crucially important for my future happiness, and I plan to save for retirement as soon as I start earning income. Time is on our side. High school students can even contribute to an IRA to the extent that you have earned income – so if you have a real job and are reporting your income on a tax form, you can start saving for retirement now. Talk with your parents or guardians, and research your options. If you’re not yet 18, you will have to open a custodial account, meaning your parents must co-sign. But the advantages of even starting a few years before college can really add up.

If you’re still not convinced, consider the following reality check. If you save at least $12,000 per year from the age of 21 and get just a modest 5% return on your invested savings, then you will have more than $2 million saved in your retirement account by the time you’re 67. It’s all about planning for your financial security – and a well-deserved trip or two to Hawaii. Hope to see you on the beach in a few decades!

Rohit says that his parents “often lament the fact that they did not start to save for retirement earlier in their careers.” Essentially, they feel they wasted valuable time. Why? What is the value in investing sooner in life?

Have you ever thought about retirement savings? Do your parents or guardians save for the day they will stop working? Go home and have a conversation with your parents, grandparents, aunts and uncles about retirement. Write down three or four key takeaways from your discussions and share them with the class.

The statistics for saving early for retirement are really compelling. And yet, the data show that not many Americans are saving enough money. Why do you think that is? What is preventing them, especially if they have enough income to save?

2 comments on “Student Essay: Saving for Retirement: ‘Time Is on Our Side’”

The Power of Personal Data with Wharton’s Kevin Werbach