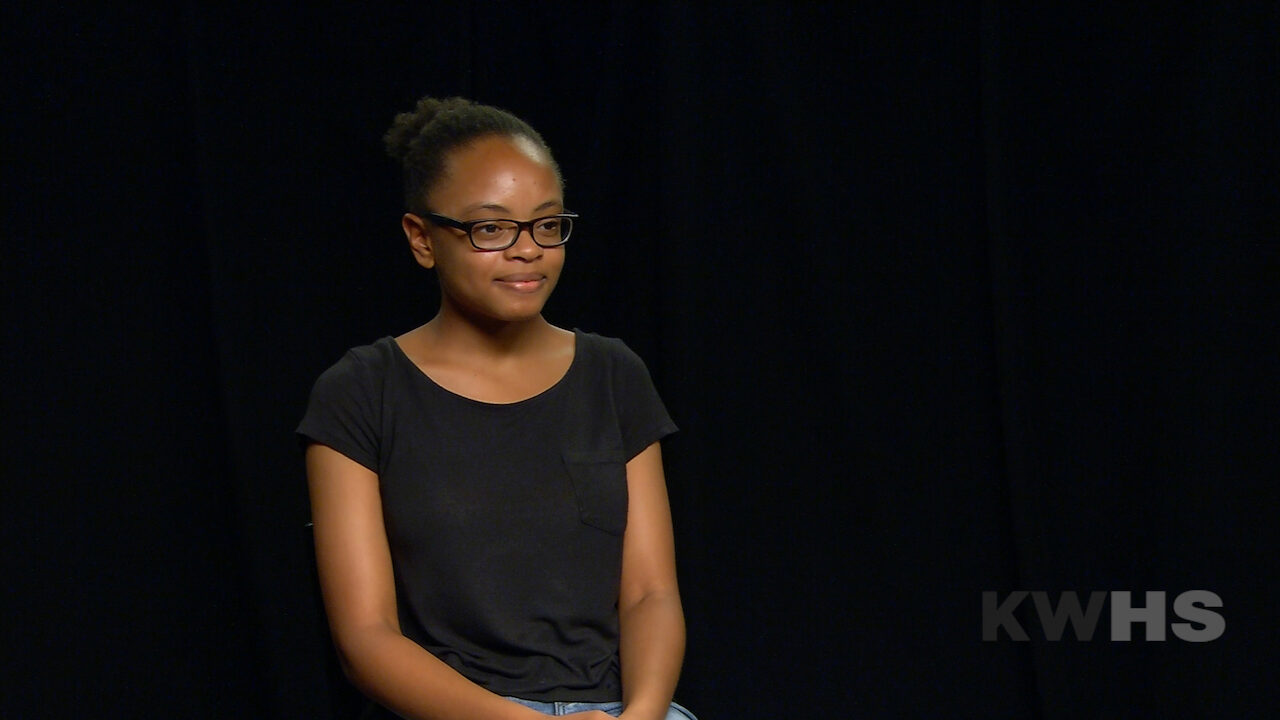 As we looked around to feature interesting summer internships on KWHS, we were happy to discover one right in our backyard. The University of Pennsylvania’s Museum of Archaeology and Anthropology – commonly called the Penn Museum – is the largest university museum in the U.S. and features collections of artifacts and art that tell the story of humanity from around the world. The new Middle East Galleries, for example, showcase “10,000 years of human history” with the 4,500-year-old crowning jewelry of a Mesopotamian queen, one of the world’s oldest wine vessels, and more. KWHS guest interviewer Julia Drake sat down recently with Nia Weeks, a high school sophomore at Julia R. Masterman School in Center City, Philadelphia, Pa., to discuss her internship among the mummies.

Knowledge@Wharton High School (KWHS): Nia Weeks will soon be a sophomore at the Julia R. Masterman School in Center City, Philadelphia. She spent three weeks this summer as an intern at the Penn Museum’s marketing/communications department. We welcome Nia to our KWHS studio to talk about her internship experience. Nia, nice to meet you.

Nia Weeks: You too. Thank you for having me.

KWHS: First, tell us more about the University of Pennsylvania’s Museum of Archaeology and Anthropology, also known as Penn Museum.

Weeks: The museum started in the late 1800’s, and it was actually going to be a lot larger than it is today, but because the [Great] Depression hit, they had to stop construction. And since the museum was so large, they have a very large collection that most people don’t really recognize or know about.

And so, because of the limited space they can only show a small percentage of artifacts, but even with that small percentage it has a wide variety. We have a lot of different exhibits from all parts of the world, including China and Japan. We just opened the Middle East Galleries, which are just beautiful — to name a few.

KWHS: How did you get your internship there?

Weeks: I was introduced to the program by my mother, and we started the application in February. The beginning of the application was pretty easy, just some basic information. And then towards the end we had to do short answers. And then I had to get a teacher’s recommendation, which I got from my history teacher, and then we sent that in, and we got a reply back that I had gotten in back in late March. I started in July.

KWHS: It must have been interesting to go to work surrounded by so many cultures and collections. What were your internship responsibilities, and what was one of your favorite projects?

Weeks: I had a lot of smaller projects. Those were my main responsibilities. Some of them included creating social media posts for the museum’s Twitter, Instagram and Facebook accounts. Actually, some of them are up there now.

I also had to help a coworker organize some of the news clips that they keep that mention the Penn Museum in them. And so they have been doing that for a really long time, but we’re not sure how much longer it is going to stay because newspapers aren’t as big of a business as they used to be because of the internet. And so that was a lot of work.

My biggest project was taking pictures around the museum, which I had to edit myself, and they are going to be used for I’m not sure what yet. But they were a lot of work because I had to edit each individual picture. It was a lot of fun.

KWHS: Internships help us understand the nature of work better and can have lots of benefits. What are some of your biggest takeaways from your Penn Museum internship, and what did you learn about marketing and even about yourself?

Weeks: Some of my biggest takeaways from the museum internship are how important museums are in preserving history, because without archaeologists going out into the field and bringing things back, we may not have all of the things we have today due to things such as weather wearing down on them. I also learned that it is important for people of different cultures to be able to keep their artifacts too, because I know museums are sometimes worried about preservation of the artifacts, but it is important that the people who created the artifacts are allowed to enjoy and appreciate their beauty.

KWHS: What would you say to other high school students who might feel intimidated to reach out about hands-on learning opportunities? How should they go about it?

Weeks: I would say to them to apply and just do it, because you may be a little scared at first, maybe a little apprehensive, but in the end it is a really great way to learn because it is so hands on and so engaging. You will meet so many great people like I did. At first, I wasn’t sure if I really wanted to do the internship, but I persevered and I ended up meeting so many great people. I learned so much, and I had a really good time.

I would tell them to just stick through it. My advice would be to give your all on the application because that’s really who you are, and if they want someone like you they will definitely choose you. And to [observe everything] during the internship so that you can learn as much as you can.

KWHS: Are you planning on doing any other internships?

Weeks: Actually, I am doing an internship right now with Drexel [University in Philadelphia]. It is called the Summer Music Technology Program. And that is where we learn about the technology behind sound. I am in the section of the program that works with coding and creating music apps. And so the app that I am working on right now is creating sounds, being able to push buttons, and things like that. It’s just another example of how great hands-on experiences in internships can be.

Weeks: Thank you for having me.

What do you think Nia Weeks means when she says, “It is important that the people who created the artifacts are allowed to enjoy and appreciate their beauty.”?

Did Nia initially want to pursue an internship at the Penn Museum? What do you think held her back? Is she glad that she went through with it?

Internships are windows into different careers, and they also help us build practical workplace skills. Have you held a summer internship? If so, what was your biggest takeaway from the experience?

The Business Behind XFL Football