Checkmate: Chess and the Game of Business

The Wharton Global Youth program set out to spotlight the intersection of chess and business skills through the experiences and insights of high school chess players who have career aspirations in the business world. With tools in-hand -- namely pawns, knights, rooks, bishops, a queen and a king -- these teens are sharpening their business acumen, one strategic move at a time. …Read More 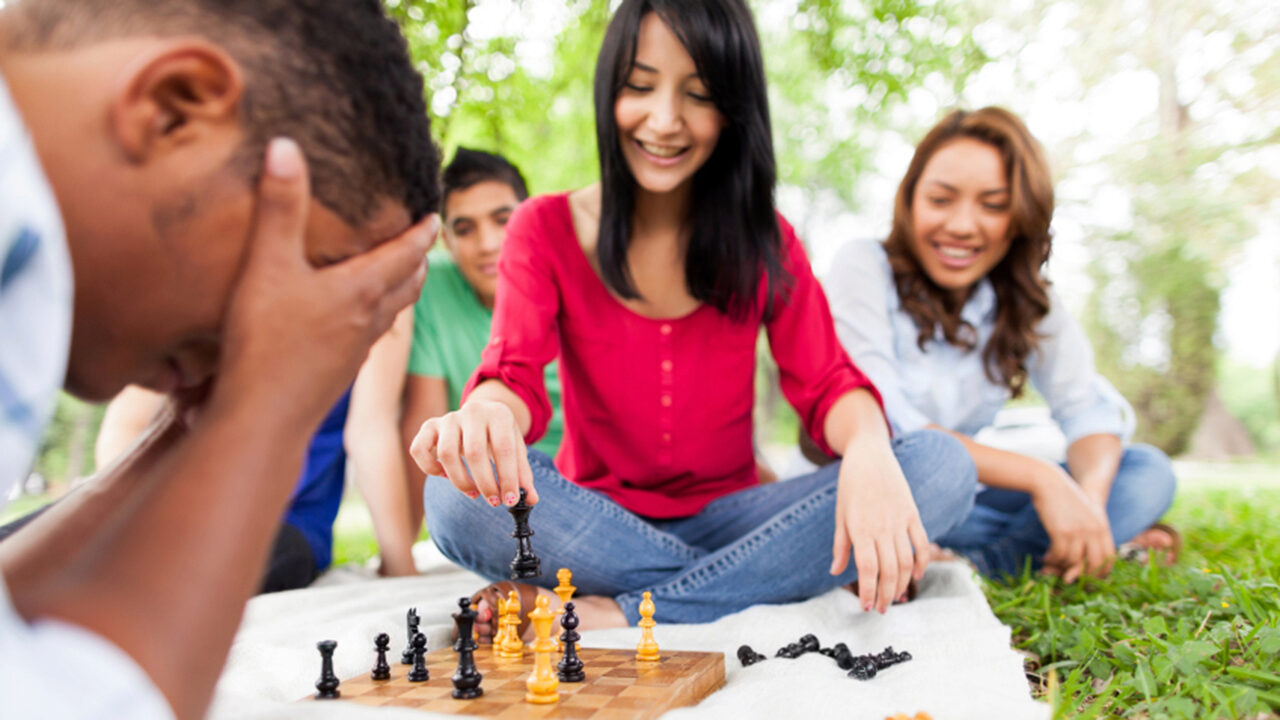 Ever heard of the TV show “Shark Tank?” A panel of five “sharks,” a.k.a. rich investors like Dallas Mavericks owner Mark Cuban, listen to pitches for business and product ideas from creative entrepreneurs, and then decide if they want to throw some money their way to help their businesses succeed. The sharks, with a voracious appetite for good deals that will make them money, can be most intimidating.

Jack Millman, a junior at the Horace Mann School in New York City, recalls his own shark tank-like experience in, of all places, the competitive chess arena. “When I first started to go to national tournaments, which was in third grade, one of the big teams was from Brownsville, Texas,” says Millman, who is 17. “Every one of their players wore a shirt with a shark on it. As elementary school kids, the shirts intimidated us, and none of us wanted to have to play one of those kids. I had a friend who played against one of the shark-shirted kids, and on both boards next to him there were also kids wearing the shirts. He was surrounded by ’sharks’ and freaking out the entire time. He won anyway.”

Chances are, Millman and his young teammates would hold their own these days against the sharks of the business world, both those on TV and in corporate boardrooms. Similarities between chess and business suggest that young chess players are developing useful skills that they can eventually apply to the business world. As David Gliksman, a senior chess master in Colorado and entrepreneur in the computer and wireless technology industry, has said, “In life, or in business, as in chess, one must play all sorts of positions well, seize the opportunities when available, defend if forced to, and attack when possible, but always adhere to the dictates of the truth of the position.”

The Wharton Global Youth program set out to spotlight some parallels between chess and business through the experiences and insights of high school chess players who are also business-minded. With tools in-hand — namely pawns, knights, rooks, bishops, a queen and a king — these teens are sharpening their business acumen, one strategic move at a time.

Critical thinking — when you apply reasoning and logic to unfamiliar ideas and situations — is top-of-mind for today’s employers who often report that students need to enter the workforce better prepared to analyze situations and solve problems. Similarly, strategic thinking helps people define a course of action to achieve their goals, whether in business or a chess match. “I definitely feel as though my problem solving and decision making skills that I developed as a chess player will help me in my business career,” says Aaron DeGagne, a high school senior at St. Andrew’s College in Aurora, Ontario. DeGagne, an active member of his school’s chess club and president of the investment club, hopes to pursue a career in finance, inspired by his aunt, who works at Wall Street’s RBC Capital Markets. “I feel as though business is similar to chess in the sense that you have to carefully analyze each move that you make in the business world in order to ensure that your business is successful and that you have an advantage over your competition. One wrong move can be extremely costly.”

Careful strategy requires focus, yet another quality inherent in successful chess players and businesspeople. “Chess has taught me to be analytical and focused,” notes Millman, who has played for the Horace Mann team and also finished among the top 15 individual players in the country. “I [recently] took the SATs. Three-and-a-half hours of intense focus on a test is pretty manageable compared to chess. When you are playing in nationals, you have to play seven four-hour games over a three-day period, which is much more mentally strenuous than the SATs. In an extreme case, I had to play four rounds of chess in a day, and each game was over three hours. I would walk out of the game, review what happened for 15 minutes with my coach, grab a …  bagel, and go back in for the next round.” Adds Aminah Garcia, a senior who plays competitively as the captain of the Harold L. Richards High School team in Oak Lawn, Ill.: “Chess is the only instance where I can sit down for hours and just focus on one thing. I think it’s so cool that half the time you’re looking at things that haven’t even happened yet. You always have to look multiple moves ahead.”

Chess is about thinking analytically, and also creatively, notes Vignesh Palaniappan, a junior at Monta Vista High School in Cupertino, Calif., and a member of the school’s varsity chess team. (He once beat Steven Zierk, the game’s current international master.) Palaniappan, 17, is interested in business and entrepreneurship, he says, because “I love the idea of creating and innovating something that is totally new to the world.” As for chess? “It allows me to use tactics and multiple strategies to think ahead. The best part of the game is when I am able to think out a multiple-move plan and then successfully execute it.” Chess is like business, he adds, because “risk leads to big rewards, every detail matters and if you know your fundamentals very well, you can be creative with them.”

And, of course, there is winning – which requires team spirit and competitive spirit, both key drivers of business success. In chess, while players are involved in individual matches, it is the overall team score that matters. “If your team is down, you might need to play more aggressively to help the team make up ground,” says Millman. “Sometimes I had to ‘play up’ with older kids in another section if the team had a shot at winning the nationals and they needed my points. [You earn more points by competing against older players.] When we won the nationals in 2007, a couple kids on the team were playing two years up to help out.”

As for competitive spirit, Garcia has a unique perspective as one of the few female high school chess champs who leads an undefeated team that is 50% women. Renowned Russian chess champ Garry Kasparov once said, “Women, by their nature, are not exceptional chess players.” Garcia recalls one of her first chess matches years ago when her opponent was ridiculed by his teammates for playing a girl. She quickly went up by a rook, queen and knight and “made sure to say ”checkmate” loudly enough for his buddies to hear.”

Chess, like business, Garcia notes, is ultra competitive. “You have to be aggressive. If you hold back just a single move, your opponent can fire back with the same intensity, and a win will be more unlikely for you. I think there’s a parallel to business for women regarding competition. Women aren’t as respected as men; we’re seen as weaker, or more vulnerable, which is usually not the case. Because women are so rare in chess, the same is assumed about them. In both fields, women must work twice as hard.” This, she adds, has certainly prepared her for an eventual business career. “I’ve gone through four years of people underestimating me, and each time I prove them wrong, I feel my confidence become stronger.”

The final word on the intersection of chess and business skills goes to Millman, who stresses that successful players in both worlds must check their egos at the door if they hope to learn from their mistakes. “In chess, reviewing games after you are finished — debriefing is what we call it — is one of the key elements to improving,” he says. “The ability to assess information and reapply it later to a new scenario is very significant in business and in life.”

Name three parallels between chess and business. Can you think of any others?

Who is Aminah Garcia, and why is she unique to the world of competitive chess?

What are some other examples of games that help you develop strong business-related skills?

11 comments on “Checkmate: Chess and the Game of Business”