Are you a subscriber to an online group-buying site? These sites offer deep discounts on all kinds of products and services. The latest news is that Groupon, the most prominent group-buying site, has just completed an initial public offering, which means it is selling its shares to the public. In this article, experts who watch the group-buying site industry consider the success of young, public companies like Groupon.…Read More 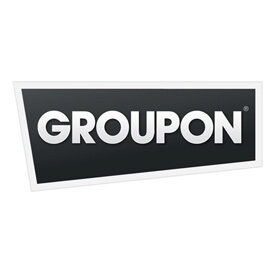 What customer wouldn’t want to score a deep discount on dinner, beauty treatments and other services, especially during a downturn? Three years old as an industry, online group buying sites are witnessing rapid growth, as more subscribers sign up, more partner businesses sign on, revenues climb and venture capitalists swarm to invest, further driving up business valuations as a result.

The most prominent group buying site, Chicago-based Groupon, has 2011 revenues estimated at between $3 billion and $4 billion. Google last December offered to buy the firm for $6.4 billion. After that didn’t work out,  Google launched its own venture, Google Offers. Facebook, too, is entering the space, joining the roughly 500 group buying sites that have emerged worldwide.

An Opening Price for the Stock

The latest news on this front is that Groupon has gone public. Groupon made its debut on the stock market on November 4, 2011, and company shareholders collectively stand to earn billions in one of the most anticipated IPOs of the year. When a company first issues shares to the public on the stock market, it begins with an initial public offering (IPO) – an opening price for the stock. An IPO helps a company determine how much the stock is worth at that particular moment, and it allows the company to raise needed capital for expansion or other projects. It is also an opportunity for people in the company who own private shares to finally cash in and make some money.

Groupon priced shares at $20, which was above the expected range and values the group buying site at around $13 billion. The stock soared up to 55% higher in Nasdaq trading following the IPO, climbing to a peak of $31 a share. It then leveled off to about $28 a share.

But concerns persist over the long-term sustainability of the company’s business model, which has spawned dozens of competitors since Groupon launched in 2008. Kartik Hosanagar, a Wharton professor of operations and information management, says Groupon faces not only the challenge of finding the right business mix, but also managing the waves of change that come with being a young company.

Groupon faced several hurdles in the run-up to its IPO. For example, the U.S. Securities and Exchange Commission (SEC) faulted Groupon’s method of calculating revenue because the firm wasn’t taking into consideration subscriber acquisition expenses such as marketing costs. The company has since made adjustments in response, The Wall Street Journal reported. But those developments hurt Groupon’s pre-IPO valuation, which fell from a peak of $30 billion to one institutional investor’s estimate of $8.7 billion.

Meanwhile, another company expected to launch an  IPO this year — social gaming firm Zynga — is also facing roadblocks. Zynga’s games, which include FarmVille and Mafia Wars, are almost completely dependent on Facebook’s platform. SEC filings made over the summer in preparation for taking the company public showed that while Zynga was able to build a large user base with little upfront investment by partnering with Facebook, Zynga’s fate is largely in the hands of Facebook. In October, Zynga announced that it will begin delivering games directly to consumers through a service called Zynga Direct.

Zynga’s efforts to diversify its delivery methods beyond Facebook are “critical in the long term,” Hosanagar notes. “The dependence was not good because Zynga’s fortunes depended so heavily on Facebook’s strategy. That was disconcerting to potential investors. Ultimately, Zynga needs to deliver on Zynga Direct and show that it has a large and growing revenue stream independent of Facebook. When it does that, Zynga will have a more convincing pitch for the market.”

The common theme, according to Hosanagar, is that “these are all young companies, and it may take some more time before they are ready for retail investors [an individual investor who purchases small amounts of securities for him or herself].” In the case of Groupon, the accounting method that drew scrutiny from the SEC “was not uncommon and is not fundamentally flawed, either,” he points out.

But Groupon’s challenges are not over. In a recent Knowledge@Wharton story about the business model for group buying sites, Wharton marketing professor David Reibstein noted that when the economy enters a more robust recovery, offering steep discounts via Groupon becomes less attractive to partner businesses. “The reason some retailers might be willing to [work with] Groupon is because they have excess inventory…. As the economy picks up and there is less excess inventory, the availability of supply will go down. The willingness of the merchant to offer deep discounts will go down.”

Understanding Global Leadership in the Year of the Protester