Want to get a job in this tough economy? Job market specialists often suggest that you build the skills that employers want most, and No. 1 on the list is to be a strong critical thinker. Here is some insight on how to develop a questioning mind.…Read More 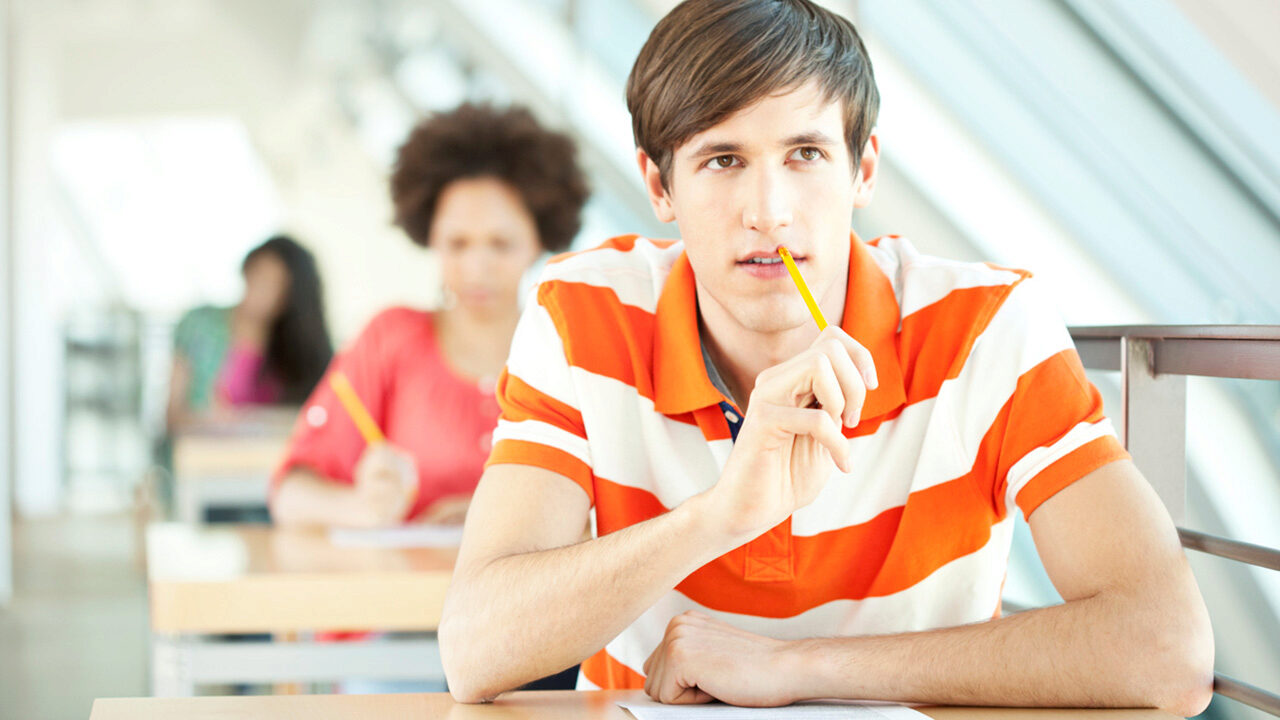 Kati Mitchell, a senior at Northpoint Expeditionary Learning Academy in Prescott, Ariz., has a guiding principle: You’re never going to grow unless you step outside your comfort zone.

This summer, she and a group of her classmates traveled to El Salvador and Costa Rica to explore new cultures and participate in service projects. Mitchell felt a connection with El Salvador — a small country in Central America — where they visited Prescott’s sister city, Suchitoto. Towns in different parts of the world develop sister city relationships in order to promote cultural ties. “They were so welcoming into their homes and lives,” says Mitchell, 18. “They have just come through a really gruesome civil war that was funded by the United States, but it was easy for them to separate the American people from the American government. They are so happy and so forgiving. I learned that the Salvadorians cry hard, but they love harder. That was really beautiful to me.”

While working with her hands and even eating termites (a highlight in Costa Rica) are important to Mitchell’s goal of getting outside her comfort zone, physical interaction is only part of the experience. Mitchell also explores with her mind. “When we were in Germany [a few years ago], I kept asking the students and teachers their impressions of America,” recalls Mitchell. “’What do you think of when you think of America?’ They see America as this big superpower that they want to experience. It gave me more pride as an American and helped me appreciate all we have.”

Mitchell has spent her high school years developing a questioning mind and spirit. Taught by so-called expeditions that involve intensive studies around specific themes, students at Northpoint have extensively studied such topics as terrorism, immigration and food security. “We are constantly thinking, asking questions and trying to soak up as many questions as we can to form our own opinions,” notes Mitchell, who wants to be a journalist. “We study very controversial topics, so there is no right or wrong answer. You’re forced to figure it out for yourself and form an opinion, which results in thinking critically.”

Critical thinking — when you apply reasoning and logic to unfamiliar ideas and situations — is top-of-mind for today’s employers who often report that students need to enter the workforce better prepared to analyze situations and solve problems. Author Tony Wagner identifies critical thinking as the No. 1 workplace survival skill in his book, The Global Achievement Gap: Why Even Our Best Schools Don’t Teach the New Survival Skills Our Children Need. Business leader Ellen Kumata, a consultant to large corporations, told Wagner that,  “The idea that a company’s senior leaders have all the answers and can solve problems by themselves has gone completely by the wayside…. The person who’s close to the work has to have strong analytic skills. You have to be rigorous: Test your assumptions, don’t take things at face value; don’t go in with preconceived ideas that you’re trying to prove.”

How best to develop critical thinking skills? Enoch Hale, a fellow at the Foundation for Critical Thinking in Tomales, Calif., says it is important to be conscious of our thinking and hold it to high standards, knowing there are barriers, including stereotypes, that are constantly challenging that goal. Hale, who now travels the country teaching critical thinking to educators, previously taught U.S. government, economics and other subjects at El Capitan High School in Lakeside, Calif.

Hale suggests four steps that will help students think critically about an idea, whether it is something concrete, like the scientific process of mitosis, or more philosophical — like knowledge. They are:

• Elaborate on that definition, expanding upon the related concepts embedded in the definition without distorting the meaning.

• Provide a concrete example of what it looks like in the real world.

• Provide an illustration like an analogy, simile or metaphor, something to show that you can take that idea and transfer it to another way of looking at life.

“Each one of those steps also represents potential discussion topics, notes Hale. “In the classroom, students should be asking questions for definitions and elaborations like, ‘Can you give me an example?’ The critical mind is a questioning mind if our questions are relevant, pertinent and probing. Questions drive thinking forward. I do not think it’s possible to develop substantive critical thinking skills without developing a questioning mind.” As a rule, he says, look at every class session as a problem to be solved, and the content of each day’s session as the evidence and information to help solve that problem.

If you’re not listening critically to other opinions, Hale adds, then you’re probably looking for information that validates your point of view and ignoring evidence that contradicts it.

Mitchell appreciates that point in the growth of her own critical thinking skills. “One of the hardest things when talking about controversial issues [like terrorism or immigration] is to put your own ego and opinions aside at first and explore the other sides of the story. There have been so many times in class when I have felt headstrong about my opinion. Weeks later, I don’t feel that way at all. [It’s because I had] never looked at the problem from someone else’s perspective. You have to quit being stubborn, which is something that a lot of high school teenagers are good at. One man’s terrorist is another man’s freedom fighter. That’s what I mean about taking yourself out of your own emotions and seeing both sides.”

What does it mean to think critically?

How do questions drive thinking forward?

Why is it important to put your own ego and opinions aside when thinking critically?

2 comments on “Thoughtful Approach: Developing a Questioning Mind and Spirit”