One field is completely changing the way products are made and science is conducted. Nanotechnology, technology that is small enough to fit inside a computer chip is, as one expert puts it, “where it’s at.” Here’s how some very small approaches are making a huge impact on business. …Read More 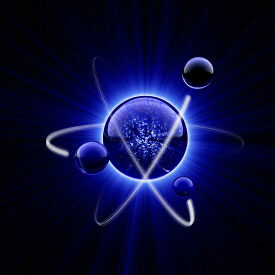 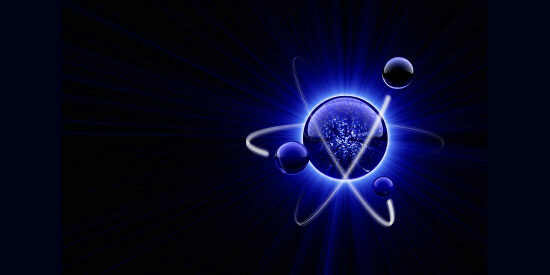 Science fiction lovers across the globe are high-fiving their robots. In the past, scientists have tried, unsuccessfully, to sail a spacecraft by the force of the sun’s light. Researchers at the Yale School of Engineering & Applied Science recently figured out that the force of light can be captured to drive machines when the process is scaled to nano, or very small, proportions.

This discovery within the world of nanotechnology fascinates Parker Nisbet, a junior at Catalina Foothills High School in Tucson, Arizona. Nisbet, who is 16, spent hours after school in junior high designing and building a robot out of special legos to perform tasks related to nanotechnology.

“The one thing I remember most about nanotechnology is that it’s much smaller,” says Nisbet, who participated in the FIRST Lego League Nano Quest Challenge, where teams of students across the U.S. had to build and program a robot that used nanotechnology to accomplish tasks like delivering medicine to a cancer cell. “iPods and other technology are large compared to nanotechnology, where you can fit all this data inside this extremely small thing. It’s mindboggling.”

“We also did a research project on the blood brain barrier,” adds Miles Linscott, a Catalina Foothills High grad who was also on his school’s Nano Quest team before entering Cornell University as a freshman in 2010. “They’re working on different ways to have nanotechnology enter the brain that are supposed to help solve disabilities. Currently they can’t get them in there because this membrane blocks them because they’re too big. They’re trying to figure out ways to use nanotechnology to make them smaller so they can get through to help.”

These days, nanotechnology is everywhere. It is traditional science, but at the molecular level where the smallness of something can be used to create new technologies and products.

Imagine this. You go into a supermarket to buy hamburger for a barbecue. You pick up a package and see that some of the cellophane is blue. A chip — so thin it fits inside the meat’s wrapping – reacted to growing E-coli bacteria by turning blue. You don’t buy it and are saved from the bacteria’s devastating effects. Automobiles will be made of super-strong, ultra-light material that is stronger than steel and lighter than plastic. Nano-particles released into the bloodstream will search and destroy cancer cells. These are all examples of nanotechnology.

Companies have realized the potential of this technology and are researching, designing and building new products. The National Science Foundation expects nanotechnology to be a $1 trillion industry by the year 2015. Recent news has General Electric Company developing nanoparticles to treat cancer and heart disease, and Industrial Nanotech in Florida selling its nanotechnology-based coatings to China.

“Nanotechnology is where it’s at,” says Darrell Brookstein, managing director of Nanotechnology.com, an online news and information source for nanoscience and nanotechnology. Brookstein also runs The Nanotechnology Company in San Diego, Calif., which helps investors and businesses involved in nanotech. “All of the industries that everyone is familiar with: alternative energy, solar, green technology, drug manufacturers, computer technology, advanced materials, specialty chemicals — all of these things are advanced from now on by nanotechnology,” adds Brookstein. “If you’re trying to do something new you have to bring a completely new flavor to the party. The only place you’re going to find that with some materials is at the nanoscale. Interesting things happen at the tiny scale of nanotechnology, where you exhibit different and unique properties that don’t exist at a larger scale.”

Most of the exciting nanotech developments in the business world are happening inside the really large companies, like IBM, Dupont, Chevron and Intel, says Brookstein. The smaller companies are close behind, he says, even in a weak economy. “We’re in a depression, but science and technology don’t stop,” says Brookstein. “Television and air conditioning were developed during the Great Depression. We’ll see some very interesting smaller nanotech companies coming out in the next five to ten years.”

This could be good news for Nisbet and Linscott, who are both very interested in mechanical engineering. Linscott, who is now studying engineering in college, admits to getting a big kick out of this very tiny technology. “It was really interesting and fun to do and you worked at all the different aspects of nanotech at the same time so you never got bored doing just one thing. It definitely got me thinking about what I could do with mechanical engineering and nanotechnology.”

Have you used nanotechnology to build something? Let us know about it in the comments section of this article!

Use this article as a jumpstart to inspire further research on nanotech. What careers might you pursue in nanotechnology?

Future of the Business World: Building an App for the Scoliosis Community