What does it mean to be a global citizen? Students at a recent Wharton seminar explored that idea as they discussed changes in world economic power.…Read More 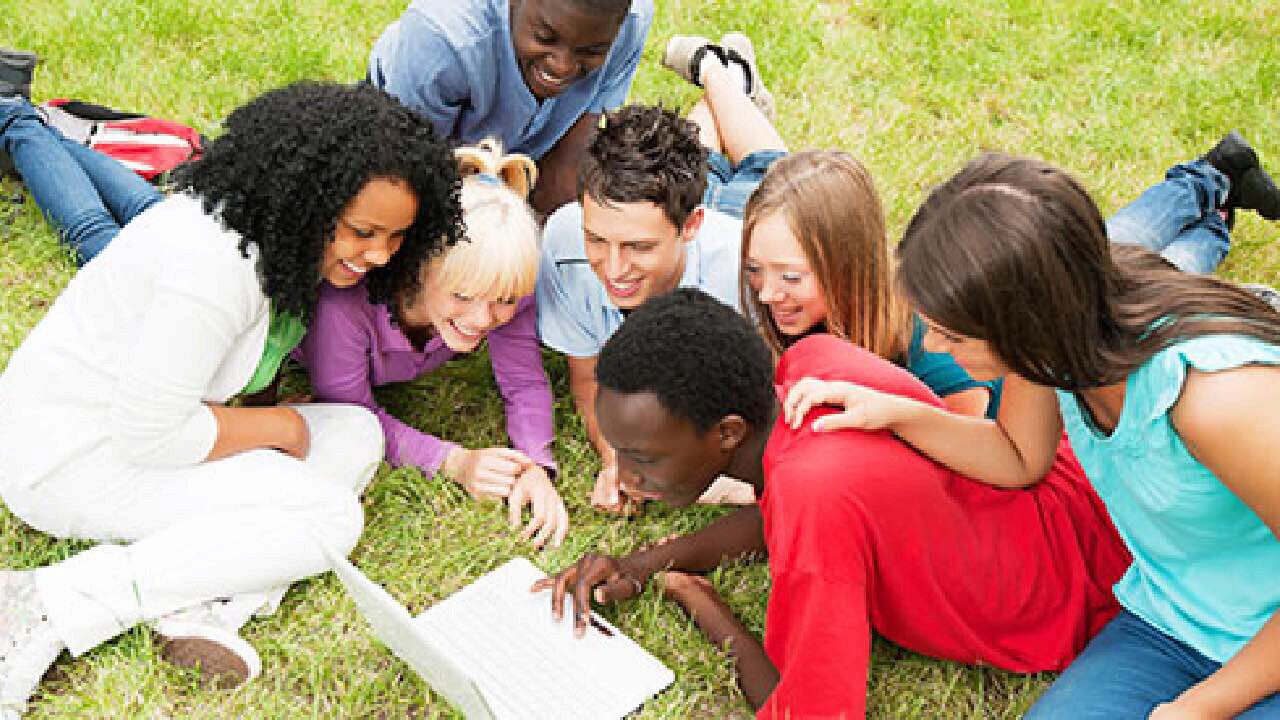 On a hot, summer Wednesday on the top floor of Jon M. Huntsman Hall at the Wharton School in Philadelphia, Pennsylvania, a group of high school students is debating the global economic power shift. At the heart of the discussion: Will a rising China contribute to or worsen prospects for international peace and security in the 21st century?

The debaters have spent the better part of a week considering China’s role on a shifting world stage as part of the World Affairs Council of Philadelphia’s Summer Global Leadership Seminar, produced in partnership with Knowledge@Wharton High School.

In the mix are high school students like Sophia Song, a rising senior at The Pennington School in Pennington, N.J. “In my opinion, China is doing everything it can to compete with the United States, as well as gain power in the process,” notes Song on the evening following the debate. “Although I hope China continues to prosper, I do not want them to ever become more powerful than the United States. I believe they have the power, resources, and ability to overcome the U.S., and eventually they might do so. However, I believe for the U.S.’s sake, China is a better motivator than ruler. In [the U.S.], I think they rely on China too much economically and need to become a little more self-reliant. In addition, I believe the U.S. should view China as an adversary. They should always want to be better and more powerful.”

Song’s position on China – whether you agree with it or not – is unfolding as she immerses herself in a more global mindset, with guidance from experts like Roselyn Hsueh, a professor of political science at Temple University in Philadelphia, and books on the seminar reading list like Dealing with China: An Insider Unmasks the New Economic Superpower, by former U.S. Treasury Secretary Henry M. Paulson, Jr.

Possibly even more critical than a deeper understanding of China’s strengths and motivations is Song’s willingness to embrace the broader idea that her future is linked to the complex challenges of the global community. Now more than ever, tomorrow’s leaders need to recognize their role as global citizens, a title that Amanda Henry, a rising senior at The Shipley School in Bryn Mawr, Pa., and also a seminar participant, characterizes as “having a clear understanding of how all countries that possess significant economic influence can positively or negatively impact our world.”

To be a global citizen means adopting a global perspective toward your understanding of current events and making a commitment to be informed, curious and engaged with issues of international importance, suggests Ned Hawkins, the associate director of student programs for the World Affairs Council of Philadelphia. “Given the increasing international nature of every part of life — from business and finance to higher education and national security – [developing] a global perspective is critical [as you] prepare for college, careers and civic life.”

Mauro Guillén, a Wharton management professor and an expert on world economies, defines globalization as a very complex process that encompasses many different subjects – economics, politics, culture, society – and basically puts us into contact with everyone around the world. Students should be interested in it because it is what defines the modern world, he notes. Every day we are more aware of, and more connected with, other people in other parts of the globe.

What’s more, he adds, the definition of globalization is evolving. “The world is no longer revolving around Europe and the U.S. Now, the opportunities and the threats lie in many different places. Thus, understanding those global interconnections is critical,” says Guillén. “Globalization used to be about the ‘flat world,’ or wholesale convergence of everything. What is going on now is much more complex. We see blocs [combinations of countries forming alliances or coalitions] emerging, like Europe, Latin America and East Asia, and we also see that cities now play a crucial role, not necessarily entire countries. This is the phenomenon of global cities.” Cities such as New York and London contribute in important ways to the global economic system.

Exposure, the E7 and Interconnection

Students who want to begin cultivating a more global perspective should find ways to explore the world, which doesn’t require leaving your country. Reading about current events, listening to podcasts and even researching global economic trends will introduce you to new ideas and world issues. For example, a global report produced in 2014 by PricewaterhouseCoopers and available online identifies five global megatrends, including a shift in economic power with the rise of the E7 emerging economies of Brazil, China, India, Indonesia, Mexico, Russia and Turkey (see link below).

“What is most important is to be exposed to globalization,” Guillén has told KWHS in the past. “Get to know other places [through] contact with people and reading – not just traveling, but also reading about other countries. [It’s also important] to comprehend both the opportunities that globalization presents, as well as the problems or challenges that this process involves.”

And so we land back in Wharton’s Huntsman Hall, where a discussion of China’s influence, both positive and negative, deepens with a growing comprehension of the key issues and of China as the largest trader in the world, the second-largest economy, a major lender of capital to the rest of the world, and an emerging technological powerhouse. “It is important for my generation to learn about the rise of China,” notes Amanda Henry of The Shipley School. “It will not only affect us in our adult lives, but the world is becoming more and more globally interconnected. Issues that affect one country can affect the entire world. Because of technological advancements, individual societies can no longer exist in isolation. We must learn how to coexist and prosper as a global community.”

Why do you think high school student Sophia Song says, “I believe the U.S. should view China as an adversary. They should always want to be better and more powerful?” Do you think the U.S. and China are good competitors? Do they force each other to be better?

Why is it important to begin embracing your role as a global citizen? What is the alternative?

What is a global city? Using the “Related Links” tab, research this concept and identify some of the world’s global cities. How might global cities impact the way we view the global economy?

Did you attend this seminar or one like it? What global issues intrigue you the most? Sign into your KWHS account and leave a comment on this story to connect with high school students around the world. Not yet a member? Register now! It’s easy!

One comment on “China, the World Stage and Your Role as a Global Citizen”