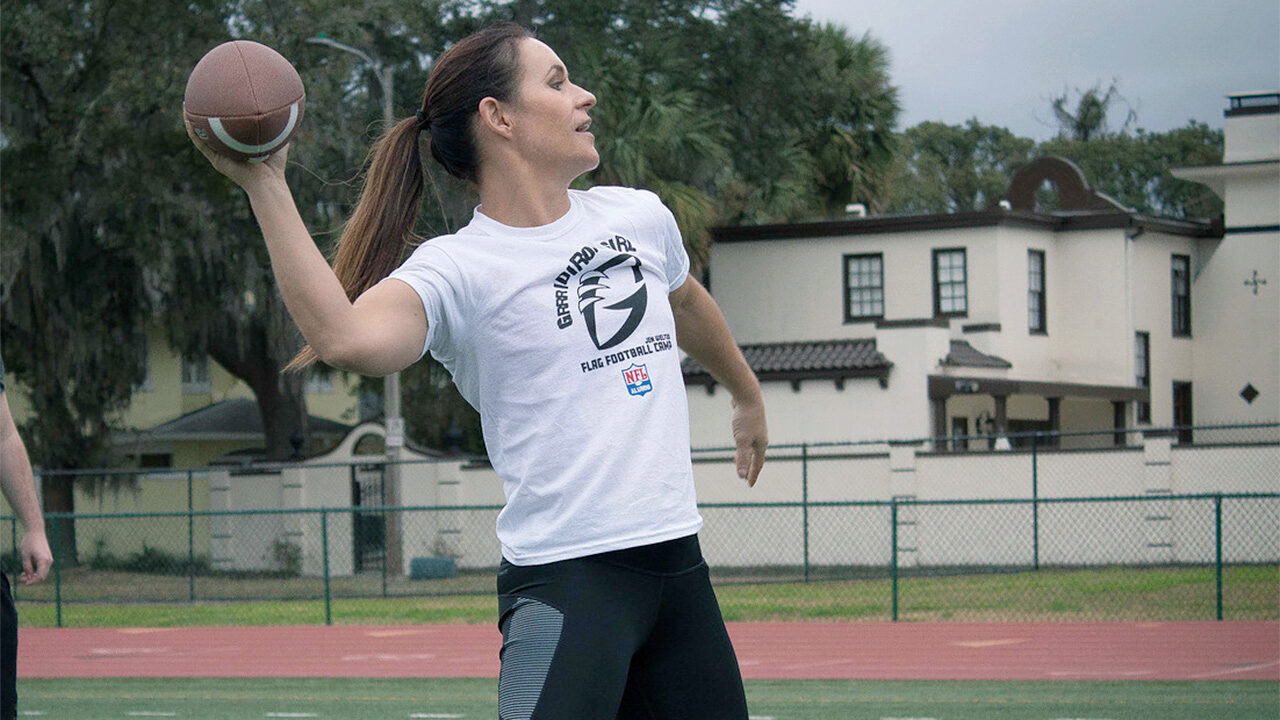 Jen Welter has had a career of firsts in a field dominated by men. After playing in professional women’s football, the 5-foot-2-inch powerhouse was the first female running back to play for a men’s professional league. In 2015, she became the first woman to coach in the NFL, serving as linebacker’s coach for the Arizona Cardinals of the National Football League. Welter also hosts the Grrridiron Girls flag football camp for girls ages 6-18. Welter’s book, Play Big: Lessons in Being Limitless from the First Woman to Coach in the NFL, serves as more than a memoir about her time in pro sports. It’s also filled with smart advice about how to achieve success through strong leadership and solid support. Welter, who earned her doctorate in psychology and is a motivational speaker, recently reminisced about her days in the NFL on the Knowledge@Wharton show on SiriusXM channel 111. Below are some of her best career insights from that conversation.

I think one of the greatest business lessons or life lessons that we forget sometimes is the power of the individual within a group. That should never get lost. You are powered by your people and your people are your most valuable asset because nothing functions without them. In this industry [football], we often forget that these men are not gladiators. They’re not robots. They’re not super heroes. They’re very real people inside of very real paths.

[Leadership] is about being 100% authentic. It is not trying to coach like somebody else or be like somebody else or lose yourself in the process. It’s realizing that everything about you, every bit of experience that has come to make you exactly who you are, makes you uniquely qualified. You have to honor that voice and that vision because that’s what teamwork and leadership is about — owning your own special sauce and being willing to chime into the conversation.

[Welter wanted to do something special for her players for the first game she was coaching with the NFL’s Arizona Cardinals. She couldn’t go into the locker room, so she decided to write notes to the players to inspire them.]

Writing those notes came from the advice of one of my very dear friends and mentors, who unfortunately passed away, Terry Glenn. We coached together at the Revolution [the Texas Revolution of the Champions Indoor Football League]. Before I left, he said, “Jen, I’ve been thinking a lot about you going to the NFL, and the best advice I can give you is to be 100% authentic. If you are exactly the same person that you were with us here every single day with those guys in the NFL, they will absolutely love you. But if you’re fake in any way, they will sense it and eat you alive.” It’s the truest thing I can say about those guys because they really did embrace what made me different, and part of that was those notes.

It’s the night before this first game and everybody’s talking about me. The pressure is kind of unbearable. I found myself getting too much in my own head. I realized that just as much as it was a big day for me the next day, it was that day for all of my guys. It was that moment that they had dreamt about since the very first time they caught a football and told their mom, “Mom, I’m going to play in the NFL one day.” It was that day.

Each of us has those moments of doubt, moments of weakness, or those voices in our head that maybe aren’t so kind. I wanted the voices in their heads to not be anybody else’s but mine, so I revisited some of the conversations and the moments that we’d had in training camp and the things that I thought they really needed as a person to be successful beyond the playbook. I sat up all night and wrote these notes.

Whether it’s on a football team or in a company, relationships are critical to success. We all know this intuitively, but I don’t think we talk about it enough. We can see it physically in sports when performance varies quite a bit from one day to the next. One day you’re the superstar, the next day you look like you’re in the wrong building. When that difference happens dramatically, the difference isn’t physical, it’s mental.

Generally, what has happened is something outside of your life is impacting your performance. I don’t care how good you are, you don’t always leave those things at the door. Great leaders and great teammates recognize this. Like, “Hey, what’s going on? Do you need to take a minute to talk?” Those little things become really big things, because then it’s not just a job. It’s something that you enjoy doing because of the people that you are doing it with. You know you can huddle up with these people, even when the world isn’t being so kind or something is going terribly wrong, or you’re worried about your child or your mom or somebody outside of there. When you have that relationship with the people that you want to be in the trenches with, that you care about, there’s not much that beats that. It can’t and shouldn’t be overlooked.

What are three things you learned from this article about teamwork and the importance of relationships?

Former NFL player Terry Glenn told Jen Welter as she headed off to coach the Cardinals, “If you’re fake in any way, they will sense it and eat you alive.” Why would being ‘fake’ leave us vulnerable to criticism, especially when we are in a leadership position?

Welter says that great leaders and teammates recognize when something personal is affecting a team member’s performance — and they address it. Wouldn’t it be easier to just say, “Maybe they would rather not talk about it, so I’ll leave them alone.”? Why is it important to “huddle up” as you build relationships?

One comment on “Career Insight: The First Woman to Coach in the NFL on Teamwork and the Power of Relationships”