Roadtrip! A Year of Brand Building and Self Discovery Inside the Wienermobile 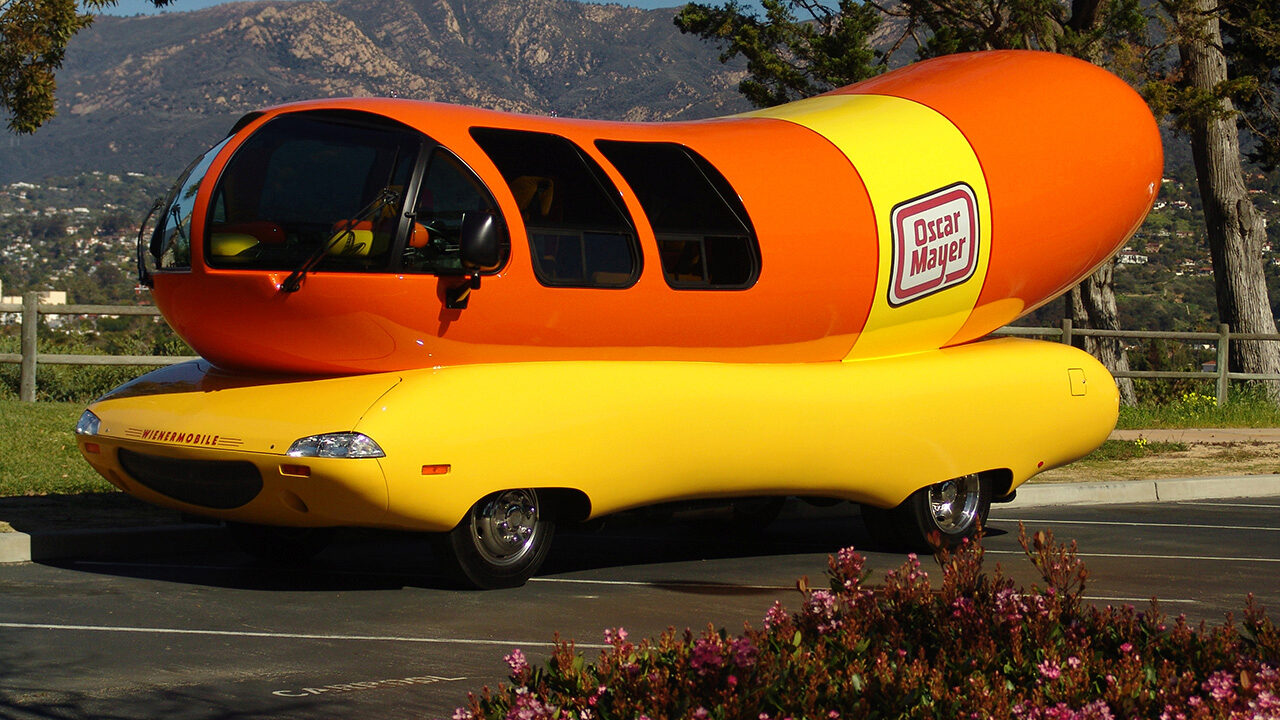 With the help of a 27-foot-long hot dog on wheels, KWHS is launching a new Internship of the Month column. We will regularly feature profiles of different types of internships and learning opportunities that help expose high school students to new skills, business concepts and the world of work.

Why internships? By most accounts, being able to step into a job part-time and experience the daily responsibilities and workplace culture is a great way to figure out what you want to do with your life. You’re either going to love your internship experience – or you’re going to hate it. Either way, it will shape the decisions you make in the future.

Don’t just take our word for it. KWHS did a video interview with Antione Gray, a then-senior at the University of Pennsylvania’s College of Arts & Sciences who had spent his summer interning for a start-up social justice firm in New York City. This is Gray’s perspective on the power of internships: “Internships have been very, very useful,” he said. “One, I think that an internship is a great way to build an authentic network. So for me, networking is more than just chatting people up at a mixer and collecting business cards and hoping that someone responds to your follow-up email. The people that you intern with, your friends, they can vouch for your character, and your bosses and supervisors can vouch for the quality of your work and your work ethic…Secondly, interning gives you a good chance at introspection — seeing what you like, what kind of work you like, and what kind of environment you like being in. And it’s easy to figure out what you don’t want to do, because you remember the bad experiences more than the good ones… At the end of the day, it will come together somewhere along the line for you to find work that you’re really passionate about.”

And now, a ride on Oscar Mayer’s Wienermobile.

Angela Bumstead, 24, has a very cool job title for her first real position in the corporate world. She is the Wienermobile coordinator for Kraft Heinz in Madison, Wisconsin. Bumstead’s experiential marketing skills needed for the job were developed in a unique way – when she spent a year after her graduation from the University of Texas at Austin, as a hotdogger representing the famous Oscar Mayer foods brand. Her mission? To spend 365 days co-piloting a 27-foot-long hot dog on wheels around the country, visiting parades, fairs, cars shows and all kinds of events to meet the locals and talk up the Oscar Mayer brand.

“As we like to say in the hotdogger world, I cut the mustard. It was the best year of my life,” says Bumstead, who was chosen as a 2015 hotdogger from some 1,500 applicants vying for the coveted year-long gig, which, while temporary, does come with a salary. Each year, 12 hotdoggers – typically college seniors who are interested in marketing, public relations and advertising — travel in teams of two in six different Wienermobiles (the Wienerfleet) that navigate to all corners of the U.S. “It was an incredible growth experience,” adds Bumstead, who credits her love of fried Oscar Mayer bologna sandwiches as a child and her loyalty to Texas Athletics as a competitive college rower for helping her to land her seat in the Wienermobile.

Now, Bumstead gets to interview hot-dogger candidates and let them know what a year cruising around in a giant hotdog is really like. No, you don’t get to eat tons of hot dogs. But you do build life skills and get to know yourself a whole lot better.

Here are Bumstead’s main takeaways from her hotdogger roadtrip:

The Almighty Brand. The best way to understand the strong influence of an iconic brand like Oscar Mayer, which has been around since 1883, is to serve as the face of that brand 24/7. You quickly become a brand specialist, a valuable skill set in the marketing industry. Bumstead recalls countless ‘I remember when’ moments during her year, when people would tell her about the first time they saw the Wienermobile (launched in 1936) or the first time they got a Wiener Whistle, a keepsake in the shape of a Wienermobile. “The Wienermobile was created during the Great Depression when people didn’t trust the meat industry, and Oscar Mayer made his brand trustworthy,” notes Bumstead, who traveled to a total of 32 states and even got to shoot a video with Warren Buffett of Berkshire Hathaway, which owns Kraft Heinz. “The brand is a lot about family and nostalgia, and it brings people back to their childhood. People just connect the Wienermobile with happiness. Hotdoggers are in charge of creating those magical moments for people that they’ll remember forever. We want to keep the brand history rich.”

Lots of Talking, and Even More Listening. Bumstead admits that the hotdogger way is to just “talk and talk and talk.” After all, you are face to face with 2,000 to 10,000 people per week. She’s quick to point out, however, that the gift of the gab is probably not the most useful quality for this position. “I learned that it’s so valuable and enriching to be interested, rather than interesting,” says Bumstead, who appreciates the role of social media, but also deeply believes in the importance of offline connections. “When you’re talking to someone, you always want to make sure you’re invested in their story and asking them questions. You don’t just want to be this robot who keeps talking.” Bumstead recalls meeting a woman on the road who was clamoring for a spin in the Wienermobile, a common request as hotdoggers make their rounds. Bumstead couldn’t always accommodate wannabe co-pilots, but in this case she took the time to ask questions. Turns out, the woman had a tiny Wienermobile charm inside her locket, because a ride had long been on her bucket list. “I brought her inside and gave her a ride around,” says Bumstead. “She was crying and face timing her family. I will never forget her excitement and emotions. It’s fulfilling to have those interactions with other people and to learn from them.”

Finding You. While it may seem impossible to take some time for self reflection when you’re constantly surrounded by crowds and making pitches to radio and TV stations and local newspapers with your Oscar Mayer message, Bumstead stresses that the hotdogger position is a time of true self-discovery. “You’re basically managing your own PR firm on wheels, and you have so much autonomy,” says Bumstead. “As a hotdogger, you wear so many different hats, from event planning, to promotions to communicating with people every single day. People figure out their niche. They figure out what they excel at and what they need to work on.” In the end, that’s what internships are all about – personal growth and blazing your path forward.

What is an internship and why is it valuable? Have you had one? Share your experience in the comments section of this article.

What does it mean to be a brand specialist? How did Angela Bumstead develop skills in this area during her year in the Wienermobile?

What makes a brand iconic? Why do you think people feel such an emotional connection to the Oscar Mayer brand?

16 comments on “Roadtrip! A Year of Brand Building and Self Discovery Inside the Wienermobile”