Sharing Your Income with Uncle Sam: The Realities of Taxation

You have a summer job and are anticipating that first paycheck. Come payday, you rip open the envelope and stare in disbelief: Where did all your money go? Lesson No. 1 in the realities of taxation: You must share your income with the government. The sooner you learn to navigate the world of W-4s and withholdings, the better prepared you will be for paycheck sticker shock.…Read More 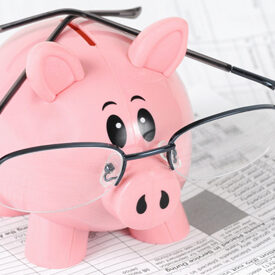 U.S. founding father Benjamin Franklin is known for more than a kite, key and lightning — lots more. One of his most often-repeated quotes goes something like this: “In this world, nothing can be said to be certain, except death and taxes.” We all know about the first one, but taxes? That’s right; you can’t escape those either. Taxes are fees that the government collects from people and businesses to pay its expenses — locally, statewide and nationally. Types of taxes include sales, income, real estate and payroll.

The first paycheck you receive from a job will likely introduce you to the realities of taxation. Teen Anna Tramposch works at the Snack Shack shop at Overlee Pool in Arlington, Va. She hasn’t yet received her first paycheck, “But I don’t think I have to pay any taxes,” she says.

Come payday, Tramposch is in for a reality check. When an employer tells you how much you are going to earn — either hourly or for a weekly or other pay period — he is talking about the gross amount – the amount before he takes out (withholds) federal and other taxes based on your income. That money is turned over to the proper government agencies. So the amount you actually get, by check, direct deposit or cash, is the net amount, and could be quite a bit less than you expected.

“I was confused when I received my first paycheck, because I was told I would make $190 per week. I received less,” says Casey Brennan, who just finished his junior year at West Orange High School in New Jersey and works as a den chief at Cub Scout day camp Yawpaw in Mahwah, N.J. “My mom told me it was for taxes, but I wasn’t sure what that all meant.”

Brennan and others like him could see their $190 paycheck shrink by about $7 for federal taxes, but that’s just the beginning. Employers also have to take out money for federal programs like Social Security and Medicare. In many places, state and local income taxes gobble up even more. “My dad told me that some of the money they took out for taxes was for Social Security when I retired,” Brennan says. “My employer had me fill out some forms to let him know how much” should be withheld.

Brennan is referring to a W-4 form, which you must fill out for employers. It asks if you are single or married, if you work more than one job, and other questions that give an employer an idea of how much federal income tax to take out of your paycheck. The more so-called allowances that you claim on the form, the lower the taxes that are subtracted from your gross pay. A worksheet that accompanies the W-4 shows all of the ways that allowances can be claimed.

“Generally, if you make less than $600 during the calendar year, you not only won’t owe any income tax, but your employer may not even need to get a W-4 form,” according to Chuck Lunden, a partner in charge of litigation services in the Wilmington, Del., office of Bederson & Co. LLP, a certified public accounting firm. “But in some cases, if you’re under 14, your income may have to be added to your parents’ taxable income, and you may then have no choice about having income tax withheld from your paycheck.”

Brennan’s father told him that he “wouldn’t make enough to pay taxes this year, and [therefore] to write ‘exempt’ on the form,” he recalls. “My sister also filled out [a W-4], but her employer took extra taxes out of her paycheck, and then she had to have my dad file a tax return to get it back.” A tax return is a form that individual taxpayers file with the federal, state or local governments to declare what they owe in taxes or to calculate the refund the government owes because the taxpayers paid too much during the year. Taxpayers can either file the form on their own or with the help of a tax professional.

Brennan’s parents also advised him and his sister to put some of their earnings into a Roth individual retirement account, or IRA. With an IRA, you pay taxes on the money when you first earn it. But when you take the money out of the account – at which time you will likely be in a higher tax bracket (which determines how much tax you pay based on the income you earn) — you typically don’t owe any taxes on the withdrawal.

Yones Mana and Raymond Chu are high school students in San Francisco, where they are both doing summer landscaping work at Buena Vista Park in the city’s Haight-Ashbury district. Their parents told them that taxes would be withheld from their paychecks, although Mana was admittedly “surprised” by the amount. Neither one had heard about establishing an IRA to build up retirement savings and possibly get a tax break.

Some high schools are teaching students about taxes, but many teens are still very new to the topic, says Carol Topp, a Cincinnati accountant who is also the founder of TeensAndTaxes.com. “I help teens understand taxes,” she says, including introducing them to related terms like IRS, which stands for Internal Revenue Service, the U.S. government agency responsible for tax collection and tax law enforcement. “The IRS’s website “Understanding Taxes” (see Related Links) also has several great simulations to explain federal income tax to a teenager.”

Topp warns young workers about job-related pay situations that seem to be sweet deals, but can ultimately cause them problems. “Be careful about a boss who tells you he or she will pay you in cash and ‘off the books,’” says Topp, referring to some businesses that don’t report their workers’ incomes to the government. “They may tell you this is a way for you to save on taxes, but [if the IRS] finds out, you could have to pay back any taxes that are due, along with stiff fines and penalties.”

Taxes are unavoidable — if you are earning income, you must inevitably share it with the government. “The IRS takes unreported income very seriously,” says Topp. “It assesses interest on the tax owed every month it is late. They may also add on a 20% penalty for failure to file a tax return. If the IRS suspects fraud, then they can penalize you up to 75% of the tax owed. [Teenagers should] stay away from unscrupulous bosses. If they will lie, cheat and steal from Uncle Sam, they will lie, cheat and steal from their employees, as well.”

What is the difference between gross and net income?

What is the IRS and how can it penalize you?

What is a Roth IRA and how does it benefit you from a tax perspective?

3 comments on “Sharing Your Income with Uncle Sam: The Realities of Taxation”