“Twilight,” the most talked about vampire flick to hit the big screen, grossed $70.6 million in a single weekend when it debuted in November, 2008. While the movie incited “Beatles-like hysteria” in teens around the country, vampires have long been big business among teens. America’s youth, always eager consumers, are on a blood-thirsty binge for everything undead.…Read More 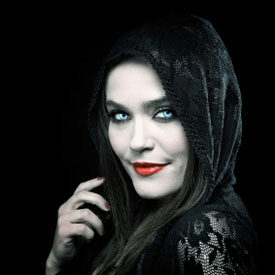 Count Dracula’s popularity has come a long way since author Bram Stoker first introduced the infamously undead bloodsucker more than a century ago. Today’s gothic ghouls have not only become much more mainstream, popping up in practically every corner of pop culture from Sesame Street to cereal boxes, but also a whole lot sexier. Proof: The first book in Stephenie Meyer’s bestselling series about forbidden teenage vampire romance was turned into the highly successful movie Twilight, grossing $70.6 million in a single weekend in November last year, cementing plans for a sequel and making British-born actor and Harry Potter alum Robert Pattison an overnight heartthrob.

A Taste for the Undead

From Buffy to Angel to True Blood, the once folkloric, even campy vampire has again become a fascinating entertainment lure among teens worldwide — and a serious money maker for Hollywood, book sellers and specialty retailers.

David Alexandro Caceres, a teenager in Horsham, Pa., first became attracted to vampires thanks to Anne Rice’s well-known New Orleans-inspired The Vampire Chronicles. These days, Caceres is among thousands of young adults who belong to well-populated groups on Facebook dedicated to all things vampire. “I like Facebook because I like meeting people I would never meet in real life,” says Caceres. “I haven’t seen that many guys interested in Twilight,” he admits, “but I know a lot of my guy friends like vampire movies.”

An administrator for another vampire group on Facebook, Tina Trevino, a teenager in Brownsville, TX., says she wasn’t initially interested in vampires until she read the first chapter of Twilight after a friend recommended it. She later helped form an online fan group. “Many, many readers can identify with what Belle (the heroine) is trying to communicate,” says Trevino, a fact that made the series particularly popular among females.

At Strand Books in New York City, a renewed interest in vampires has had quite an impact among young adult customers. According to Lara Russell, the children’s department manager, more teens are shopping for vampire-themed literature, a trend she says, grew wings thanks to Anne Rice’s books. “Teens can easily draw analogies from the vampire genre to their own concerns,” says Russell, such as identity, sexuality, perceived alienation and rebellion. “Buffy the Vampire Slayer drew that parallel most obviously,” she says of the TV series sensation, which spun off a wealth of Buffy-themed products, from apparel to books to action figures. In many cases, stories about vampires challenge cultural taboos and religious ideas, spinning supernatural stories around basic belief systems and what societies perceive as right and wrong. Examples include Sookie Stackhouse books, produced on HBO as the True Blood television series, and Ellen Schreiber’s Vampire Kisses.

As a rule, teenage culture has always tested moral boundaries and embraced unlikely, sometimes reckless heroes ever since teens began having a recognized (read: financial) impact on popular culture in the 1950s and 60s. Too-young-to-die icons like actor James Dean and rockers Jimi Hendrix and Jim Morrison continue to play mythical roles as tragic sex symbols. Vampires, thanks to their thirst for romantic immortality, are not much different when it comes to generating mass hysteria (teenage girls, after all, mob shopping malls whenever Twilight star Pattison makes an appearance).

Shopping malls are bastions for all things vampire these days, as seen in stores like Hot Topic, which made its mark specializing in gothic gifts and music apparel when it opened its doors in Westminster, Calif., in 1988. Today, the national chain carries plenty of products related to vampires, music and novelties. A visit to a Hot Topic outpost in Cherry Hill, N.J., recently uncovered an entire department dedicated to Twilight, with T-shirts, hoodies, perfume, posters, soundtracks (on vinyl), books, pins, stickers, cuffs, patches, pendants and key chains, all of which are available on the retailer’s website.

As a result, other book series have become popular, including Cassandra Clare’s Mortal Instruments, Rachel Caine’s Morganville Vampire, P.C. and Kristin Cast’s House of Night (which will soon hit the big screen). Vampires also play starring roles in Rachelle Mead’s Vampire Academy and Claudia Gray’s Evernight. “Even older vampire books are getting makeovers and being re-released,” says Gottier, “including The Vampire Diaries by L.J. Smith and Look for Me by Moonlight by Mary Downing Hahn.”

“The paranormal romance genre has been popular for quite some time,” says Daphne Durham, managing editor of books for Amazon.com, the nation’s biggest e-tailer. “We’ve seen sales really ramp up in the past five years. Twilight has helped draw legions of new fans to this genre. The movie madness this year really made the series a household name.”

2 comments on “Vampires: It’s a Bloody – and Booming – Business”