Sure, you’ve heard about Missy Franklin and Gabby Douglas, two young stars of the 2012 summer Olympic Games in London. And while you may not have heard about Adelle Tracey, 19, an aspiring British track star with her hopes set on Rio de Janeiro in four years, she played a very important role in this year’s games. Knowledge@Wharton High School caught up with the 800-meters national champ in London, where she is also studying to be a makeup artist.…Read More 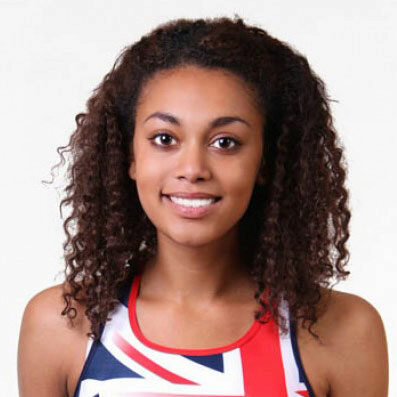 A lot of people dream about running through a jam-packed Olympic stadium with thousands of people cheering them on, but precious few ever actually have the opportunity to do it.

Adelle Tracey, a 19-year-old from the London suburbs, got her chance a couple of weeks ago. It all started with a phone call. One day in mid July, Tracey’s mother got a call from an organizer for the London 2012 Olympic Games; he wanted to know whether Tracey could come down to the Olympic Park later that week.

When she showed up at the appointed time a few days later, Tracey — along with six other British teenagers — got the shock of their lives: They were greeted by Danny Boyle, the director of Slumdog Millionaire and the artistic director of the London 2012 Opening Ceremony. He told them that they would be lighting the Olympic flame at the climax of the three-and-a-half hour event. “Danny Boyle came in himself and he basically told us what we’d be doing, and we were shocked because you don’t expect it would be anything like that,” Tracey says.

The identity of the person who lights the Olympic flame is a closely guarded secret in the run-up to each Olympic Games. Usually the person chosen is one of the host nation’s most accomplished athletes: The U.S. chose Muhammed Ali to light the flame in Atlanta in 1996, and Canada picked Wayne Gretzky for the job at the Winter Olympics in 2010. But for London’s Opening Ceremony, Boyle wanted to pass the torch — literally — to the next generation of British athletes. Tracey, an accomplished runner who hopes to compete in an Olympics herself one day, was one of the lucky few to be chosen for the job.

When the evening itself rolled around, Tracey says that the excitement grew to a fever pitch. She and her six fellow torch lighters were going to run around the Olympic stadium, light their torches and then ignite the huge Olympic flame. And they were going to do it all in front of a TV audience of one billion people — not to mention a live crowd of 60,000 inside the Olympic stadium. “It was sort of the feeling that you get before a race,” says Tracey, who specializes in 400-meter and 800-meter races on the track. “We had to turn on the torches ourselves, so I was quite worried about that…. There were quite a few distractions to start off with.”

It was only when she entered the stadium, heard the pounding music and saw all of the Olympic athletes cheering them on that she “realized the enormity of it,” she says. “It was just an incredible experience … once in a lifetime.”

Still, Tracey hopes to return to an Olympic stadium someday. She’s come a long way since beginning to train as a track athlete at the age of 12. In 2010, she was the English national champion in the 800 meters. Tracey is now part of an initiative for promising young track athletes that is sponsored by Dame Kelly Holmes, a British runner who won gold in two events at the Olympic Games in Athens in 2004. “My ultimate aim obviously would be to compete at an Olympics,” Tracey says, adding that she has set her sights on the Olympic Games in Rio de Janeiro in 2016.

But running isn’t the only thing that keeps the 19-year-old busy. Tracey graduated from high school in 2011, and she recently finished her first year at the Arts University College in Bournemouth, along England’s southern coast. She is specializing in makeup artistry, a field that encompasses everything from designing prosthetic limbs to making wigs to creating Harry Potter-style makeup.

“I’ve always been quite an arty person,” Tracey says, adding that she enjoys the creative aspects of her university studies. Plus, makeup artistry allows her the flexibility to keep up her rigorous training schedule, which she has maintained since she moved away from home to go to college. “My ultimate aim is to be a full-time athlete … but obviously you have to [have a job] up to the point where you’re fully funded,” Tracey says. “I’d love to go into prosthetics – making limbs – because that really interests me.”

She also likes to sing, dance and perform onstage, hobbies that she has kept up — along with running — since she was a kid. Taken together, those interests helped her fulfill her all-important role in the Opening Ceremony, one of the biggest stages in the world. “A lot of people have asked me if I was nervous, and I think that’s the reason why I wasn’t,” she says. “It was almost as if I was performing.”