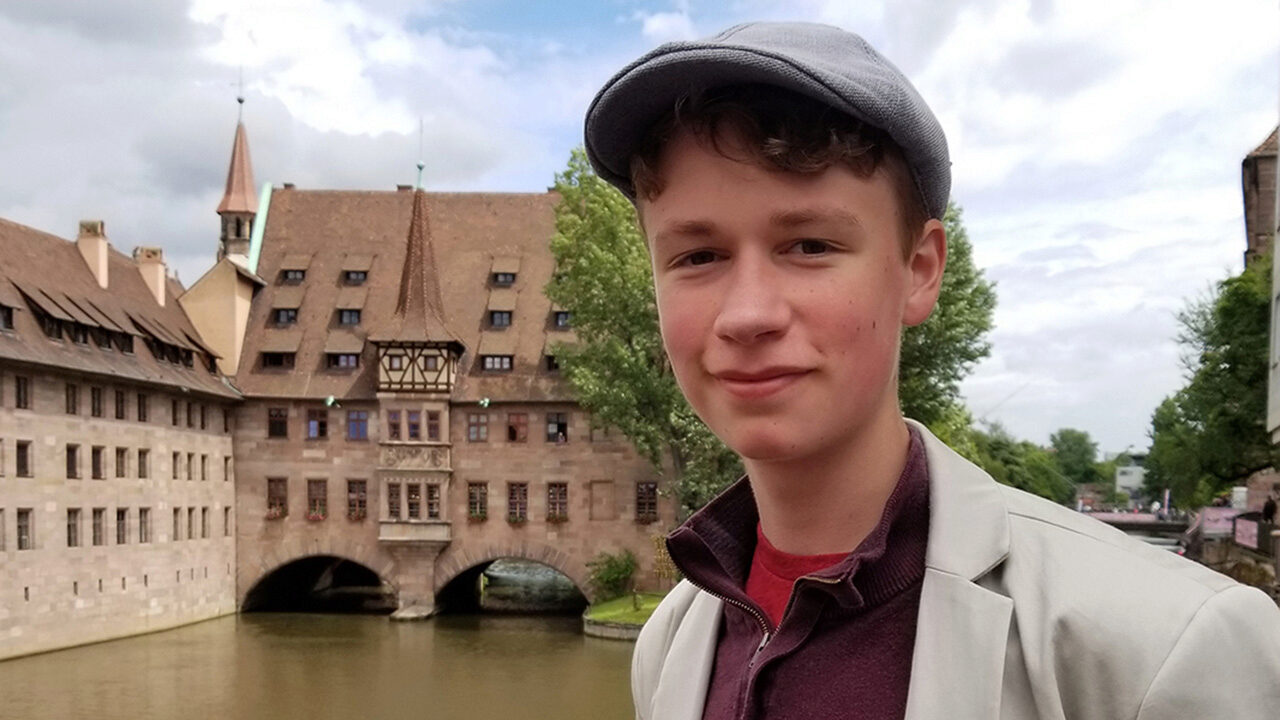 A headline in USA Today on October 2 read: “Endless Shrimp Are OK, But Red Lobster Says No to Endless Plastic Straws.” And with that news, Red Lobster became the latest big-name brand, following Starbucks, Hilton Hotels and others, to stop automatically giving out plastic straws to customers. Red Lobster plans on phasing out the use of plastic straws, replaced by an eco-friendly alternative, by the end of 2020. It estimates that the move will eliminate 150 million plastic straws per year from its more than 700 restaurant locations.

The conversation about plastic-straw overuse and its negative environmental impact has been escalating for the past several years, now prompting many companies and restaurants to announce that they are changing their straw practices. Milo Cress couldn’t be happier with how high profile the plastic-straw issue has become. Cress, who is 17 and a senior at Champlain Valley Union High School in Hinesland, Vermont, U.S., launched his “Be Straw Free” project when he was only 9 years old, and has continued to be a fervent environmentalist throughout his high school years, advocating for smarter straw use. If you believe a Daily Beast headline from this summer, then Cress “single-handedly ignited the plastic straw ban movement.” Cress clarifies that he doesn’t want to ban straws (a controversial approach since people with disabilities often rely on them), but he does want people — including big businesses — to think about whether or not they really need to use them.

This summer, Cress hit the headlines again when many top news outlets, including the New York Times and NPR, discovered that he was the originator of a statistic that has been often quoted through the years: “Each day, Americans use an estimated 500 million straws.” Cress had actually contacted manufacturers at age 9 to come up with the imprecise number. Since then, lots of people have run with it.

KWHS caught up with Cress at his home in Vermont, where he was busy working on college applications, to find out what he makes of all the recent plastic-straw progress, and what it truly means to ignite your passion for a cause.

An edited version of our conversation is below.

Knowledge@Wharton High School: When you see the headlines, like the news out of Red Lobster this week, do you feel a sense of ownership? Do you feel that the work you’ve done has influenced the decisions these companies are making?

Milo Cress: Absolutely. This couldn’t have happened without the work of a lot of different environmentalists and I’m just really glad to be one of them. It’s an honor that so many people have gotten involved with my project and with reducing our use and waste of disposable plastic straws in general. I think it’s something we can all be proud of.

KWHS: What has your journey as an environmentalist been like?

Cress: When I got started with my project, I was worried that people wouldn’t listen to what I had to say because of my age. I was 9 at the time. When I started reaching out to restaurants asking them to make straws optional, rather than serving them with every drink automatically, I was excited that so many people were willing to say yes and get involved with it. I decided to create a website and reach out to even more people. Seeing this project grow and develop has been transformative for me, knowing that a simple idea that I had could play out to big differences. When I started my project, I focused mainly on disposable plastic straws, but now I’ve expanded my message to encouraging kids to get involved with projects that interest them, whether they’re related to the environment or social justice. Getting involved really passionately is something that more people should experience and that I’d like to facilitate in whatever way I can.

KWHS: How do you get that message out?

Cress: I’ve been invited across the world to speak at schools about how kids can find and get involved with projects that interest them. When I was 12, I actually went on an international speaking tour using money that I fundraised, and I spoke to more than 10,000 students. It was really exciting for them and for me, being able to see so many people with really awesome and unique ideas.

KWHS: How do you guide other high school students to find their passions?

Cress: When I talk to kids, it’s generally people who have already started with an environmental project or something that interests or excites them. I encourage anyone who has something that excites them to pursue that. I don’t think forcing everyone to get involved with the community benefits everyone or the community. I do believe in making sure that people who are really interested in getting involved and in going above and beyond what they have to do for school, have an outlet to do that through school. That’s something I’ve been working on inside my school. I’ve been implementing various flexible pathways for independent learning in my high school, so that people who are really passionate about something have the chance to explore it. If you have trouble finding that passion, it’s not a problem. A lot of people don’t find something that makes them passionate until much later.

KWHS: What do you mean by creating flexible pathways for independent learning?

Cress: Recently, Vermont passed Act 77. That has made some big waves. It requires that every student has a personalized learning plan, which is unique to them and covers whatever the student would like to learn as it relates to the graduation standards of specific schools. I’ve been invited to take part in discussions that figure out how we’re going to implement that at my high school and how best to implement that, not only for teachers but also for students.

“Abraham Lincoln said that the best way to predict the future is to help create it. I think that’s absolutely true.” — Milo Cress

KWHS: Do you feel like schools will embrace this independent learning model or resist it?

Cress: I’ve been lucky enough to attend a high school that fosters creativity. Before Act 77, my high school, Champlain Valley Union High School, had embraced several opportunities for independent learning. For me to graduate as a senior this year, I have to participate in The Graduation Challenge, where students go out in the world and explore what makes them interested in learning in the first place. I have some friends who are learning how to do yoga, another who’s building a bike and another who’s fixing up an old car. All of that is related to some aspect of the graduation standards and that project is used as credit for the student. I’m doing a computer-programming project for my graduation challenge. You have to reach out to a community consultant who isn’t necessarily a teacher at your school and talk to them if you have any questions. It’s a really exciting experience and it is something that other schools could easily model. I also participate in the Nexus Project at CVU, which is a system for independent learning that functions as a class. It acknowledges the fact that a lot of what students do that is applicable to our graduation standards happens outside of class. It’s a means for the school to recognize the work you would do anyway, whether it is for credit or not. Last year, I worked on learning Multivariable Calculus. That was a fascinating thing. Not many classes taught it as it relates to computer programming, so I decided to mix those two things through the Nexus Project. It allowed me to design my own course, implement it, and get credit for it, while being monitored along the way to make sure I was keeping up and meeting graduation standards.

KWHS: I’ve read that you want to study the ways that computer technology can apply to the environmental field. Is that true? And if so, where do you hope to land after high school?

Cress: I’m applying to MIT [Massachusetts Institute of Technology] and I’m very interested in the intersection of environmental studies and computer programming and information technology. Machine-learning technologies are being used to optimize the watering of crops, for example, and using predictive analytics to figure out where diseases are more likely to strike for agriculture. Also, modeling the spread of global warming and other things that will really directly impact the environment.

KWHS: What have you learned about yourself in the past few years?

Cress: There are a lot of things that seem like a hard barrier, like being recognized for your work by adults, for example. I’ve realized that hard work and dedication were able to break down those barriers.

KWHS: Do you feel that your generation has what it takes to tackle the really hard issues like global warming?

Cress: I often say that this planet is not a place that kids will inherit far off in the distant future. We live here right now and we share individual and collective responsibility for taking care of it. I think that is absolutely something we can do. I’m optimistic. When I look around, I see a lot of young people who are really passionate about leaving this place a better one for their own kids and grandkids.

KWHS: Have you successfully advanced the straw mission that you started at age 9? Is your straw agenda where you’d like it to be?

Cress: My goal is that it becomes standard that straws are offered to customers instead of served with every drink automatically. That’s similar to the way it became standard for grocery stores to offer shoppers the choice between paper and plastic bags. From the beginning, it’s been my goal to work myself out of a job, and I’m getting closer and closer to that, which is really exciting. One of the high points for me was when Colorado made July 11 Straw Free Day. Governor Hickenlooper issued a proclamation endorsing my project and making it a best practice in Colorado.

KWHS: What message would you like to convey to other high school students?

Cress: Abraham Lincoln said that the best way to predict the future is to help create it. I think that’s absolutely true. There’s a lot that all of us can do to create a better future.

How has Milo Cress expanded his project, which began with disposable straws?

Milo Cress says, “Getting involved really passionately is something that more people should experience and that I’d like to facilitate in whatever way I can.” Have you experienced this kind of involvement with a project or a cause? Share your story in the comment section of this article. Maybe we’ll feature you in a KWHS article!

Milo is helping his high school create “flexible pathways for independent learning,” in response to the passage of Vermont’s Act 77. How do you feel about this educational initiative? Build an argument either for or against the value of independent learning. Use the Related KWHS Stories section to read varying perspectives on what some students feel is missing from school to help inform your argument.