Jessie Bernstein, 18, did not feel completely ready to go to college when she graduated from high school last June. She decided, instead, to defer her college acceptance and take a gap year -- a year off to explore interests and get experience doing new activities. KWHS sat down with Bernstein – literally inside a barn at the organic farm where she works – to discuss her life as a “gapper” and whether or not, so far, it has been the right choice for her.…Read More 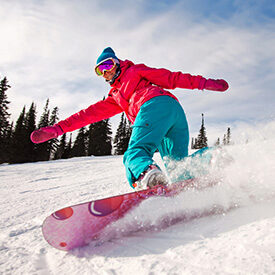 The thought of going to college right out of high school can be a daunting prospect for even the most stellar scholar. Sure, college is a great option, but it is not the only option. Many students choose instead to take a gap year — a year off to explore new opportunities and better prepare themselves for the rigors of college and for what they would like to study. Some colleges will accept students and allow them to defer that acceptance for a year, which was the case with Jessie Bernstein, an 18-year-old from Pennington, N.J., who made the choice to take a gap year when she graduated from high school last June. KWHS sat down with Bernstein – literally inside a barn at the organic farm where she works – to discuss her gap-year experience and whether or not, so far, it has been the right choice for her.

An edited version of the podcast appears below.

Knowledge@Wharton High School: I am here today with Jessie Bernstein, a recent graduate of Hopewell Valley Central High School, in Hopewell [Township], N.J. Jessie, who is 18, has chosen to take a gap year before heading off to college, which means she is deferring her college acceptance for a year to explore new opportunities. Jessie, thanks so much for speaking with Knowledge@Wharton High School. Can you explain the concept of a gap year?

Jessie Bernstein: A gap year is taking a year off – I’m taking one between high school and my first year of college – to explore different things.

KWHS: When did you decide to take a year off before college, and why did you make that choice?

Bernstein: I made the choice near the middle of my senior year, right as I was doing my college applications. I got into the University of Vermont, and I decided to defer my acceptance for a year, so I would go the following fall. I decided to do it because I was feeling a little bit burnt out toward the end of my senior year. I felt like I was a little bit lost in who I was and what I really wanted. [tweetthis alt=”” hashtag=”” url=””]I wanted to take a year to explore different aspects of life other than studying. I was excited about college, but I wasn’t sure I was ready.[/tweetthis]

Bernstein: First, over the summer, I had to make some money for my gap year. So, I was a nanny. But in the fall, I got a job at Honeybrook Organic Farm, which is a farm near [my home]. I basically worked at the farm stand, and I met a lot of people. I learned about farming and organic produce. That [has been] really interesting to me, because I want to [study an environmental field] at college.

After that, I was planning on working at a ski place. I love to ski and snowboard, and I’m really interested in how that industry works. I just got a job working at Mammoth Mountain in California as a ski instructor, which I’m really excited about. I’m going there next Friday.

KWHS: How long will you be there?

Bernstein: I’ll be there until June, which is longer than I planned, but I’m excited. And after that, I am planning on going to South Africa for three weeks.

KWHS: What will you do in South Africa?

Bernstein: In South Africa, I’m going on a gap year program. There are a lot of programs specifically for students taking gap years. In the program, I am going to get my scuba diving certification. I’m going to learn how to surf, which is really interesting. I’m also going to meet local children and teach them … what I know about [life in the U.S.], and learn from them.

KWHS: Have you traveled internationally before, or is this the first time?

Bernstein: I’ve traveled a couple of times, but this is definitely the first really exotic place that’s [drastically] different from where I live.

KWHS: Do you plan to go to college in the fall?

Bernstein: Yes. I’m going in the fall to the University of Vermont as an environmental studies major. I’m excited about that.

KWHS: Was taking a gap year a good choice for you? What did you learn about yourself in the process?

Bernstein: It was definitely a good choice. So far, it has been great. I always thought I wanted to do a job that was outside and active. I learned that I really love to move around and interact with people at work. I have a lot of fun with it. [tweetthis alt=”” hashtag=”” url=””]I learned what I really love to do, and I feel more passionate and excited about college.[/tweetthis]

KWHS: What advice would you give to other high school students who might be considering taking a year off but are not sure quite what to do or how to approach the topic with their parents?

Bernstein: I would say to start by talking to your guidance counselor. That’s what I did, and she was really helpful looking at programs with me. She talked about it to my parents at the same time I talked with them. I also did research on my own and looked at different [gap year] programs. [tweetthis alt=”” hashtag=”” url=””]I was reading on some college websites that they endorse taking a year off because they say that sometimes, depending on the student, it can help someone get ready for college.[/tweetthis] Talk to your parents about the fact that it is going to get you more prepared to have a better experience in college.

What is a gap year? Why did Jessie Bernstein decide to take a gap year?

If you could take a gap year before college, what would you do? What qualities in yourself would you like to explore? What interests do you want to learn more about? If you could go anywhere in the world, where would you travel, and how would you spend your time?

One comment on “Organic Farming, Snowboarding and Surfing in South Africa: A Gap Year to Remember”