Are you a foodie? Diners around the world are increasingly becoming entranced by Peruvian high cuisine, which merges the gastronomy of its populations of European, Asian (both Chinese and Japanese) and Incan origins. Pedro Miguel Schiaffino, a well-known chef of the region, says that Peruvians now value and appreciate their own flavors and aromas. For him, exploring these unique ingredients and presenting them to the culinary world has been a long-time passion and is now a successful career.…Read More 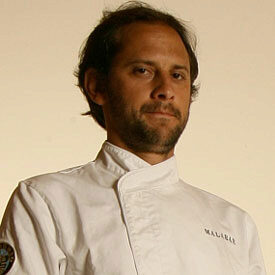 Diners around the world are increasingly becoming entranced by Peruvian high cuisine, which merges the gastronomy of its populations of European, Asian (both Chinese and Japanese) and Incan origins. Owner of the acclaimed Malabar restaurant in the city of Lima, Pedro Miguel Schiaffino created the concept of La Pescaderia (a shop that is also a seafood restaurant). He is the founder of Schiaffino Gastronómica, a catering company, as well as a consultant for several other restaurants in the country. Schiaffino talked to Knowledge@Wharton High School about his first steps into the world of professional cooking, his 17 years of professional training, and his success turning Malabar into one of the 100 best restaurants of the world.

Knowledge@Wharton High School: How did you develop a taste for fine food at the age of 17?

Pedro Miguel Schiaffino: When I left school at 17, I decided to work as an assistant in a restaurant, a move that had an impact on the rest of my life. But my taste for fine food actually began a lot earlier. When I was 11 years old, we spent our family vacations on the [Pacific] coast [of Peru], and one of the things that I loved to do was to get up at five in the morning to go with the fishermen and pull in their nets. I spent the entire day with the fishermen and I learned their craft from them. I also learned to fillet fish and become a fan of fishing underwater.

By that time my parents also had a butcher shop in the center of Lima and a farm (hacienda) where we raised animals and planted fruits and vegetables.  On weekends I was at the farm, and every afternoon after school I went to the butcher’s shop. I liked being behind the counter with the butchers, seeing their art. That’s how I learned to bone chicken and cattle and to handle a knife. All of this was so entertaining that I didn’t suspect that it would become part of my job as an adult.

By the time I was 17 and  working at the restaurant, I felt that I was in very familiar and comfortable surroundings. Actually, I worked in several restaurants in Lima.  I was fortunate to work with Serge Bebko, one of the best French chefs in Lima, and with Arturo Rubio, a well-known entrepreneur who owns several restaurants [there]. I learned a lot by working with them.

The good thing about getting started in this business so young is that you have more freedom to begin to imagine and to develop your future. Perhaps the hardest and most expensive thing was to sacrifice many things that, at that age, are appealing and fun. But because of the passion, that sacrifice costs you less.

KWHS: When did you decide to study cooking?

Schiaffino: When I was 18, I left Peru to study cooking at the Culinary Institute of America (CIA) in New York City. I also studied at the Italian Culinary Institute for Foreigners (ICIF) and Castiglioni d’Asti [in Piedmont]. During the five years I spent in Italy, I worked in several restaurants such as Dal Pescatore, La Locanda dell’Angelo (Ameglia, La Spezia) and El Pinocchio (in Borgomanero, Novara.)

KWHS: Was that when you became eager to have your own restaurant?

Schiaffino: Sure, after spending seven years studying and working in the U.S. and Europe, I decided to return to Peru with the concept of the restaurant. At the time, I was 26 and things worked out well for us since Malabar has a very good physical location. In addition, many people were involved in this project, providing very good teamwork, which has been critical from the start. We have been very consistent with our philosophy and our ideas, and we have never had doubts about what we want to do.

KWHS: To what do you attribute the success of Malabar?

Schiaffino:  To our philosophy, most specifically, which is to show people the typical products of each region of Peru, giving them the value they deserve and exploiting their full potential, something that we have been doing for 17 years. From the beginning, I proposed creating a style of cuisine that was not typical; it was more personal, very contemporary, and it used current techniques, but was at the same time very honest and uncomplicated — where quality and differentiation were the elements that would always prevail.

In Peru, all of the economic activity is highly centralized in Lima. Yet, there are exquisite products in the various regions that do not reach the capital and have been neglected, completely unknown to the final consumer. My team and I have identified and worked with products originating from each region — products that are definitely not found in Lima, and which seem to have great potential, such as some herbs, seaweeds, roots, mushrooms, freshwater fishes, barks, wild fruits and cheeses. We work with about 120 products that are unknown to people because they all originate in the Andes, the rain forest and the Amazon.

The problem is that there are no markets for these products. Because they are unknown, they are not traded in a formal way. In order to obtain these products, we go through a long process that takes a lot of time and money. In addition, since there is no established market for such products, we have had to educate people by showing them their value and quality, so we can try to shape market demand. That’s why the stupendous teamwork we have done at Malabar is so important. Thanks to all that, we have managed to differentiate ourselves from the competition.

KWHS: What recommendations would you make to young people who want to follow in your footsteps?

Schiaffino: Most importantly, they have to be completely convinced of what they want to do. If they have any doubts, it would be better to first find out exactly what this work entails. On many occasions, I have met young people who have invested a lot of time and money, and then realized that they are not made for cooking.

I also believe that we must devote a lot of time to the passion we have inside ourselves. In my view, young people today are reluctant to sacrifice a significant part of their time to reap the rewards in the future. It is very important to live in the present, but you also have to focus on the future that you want for yourself. If you do that, you’re going to have a great deal of satisfaction in your life.