Debate and the Appeal of Opposing Views 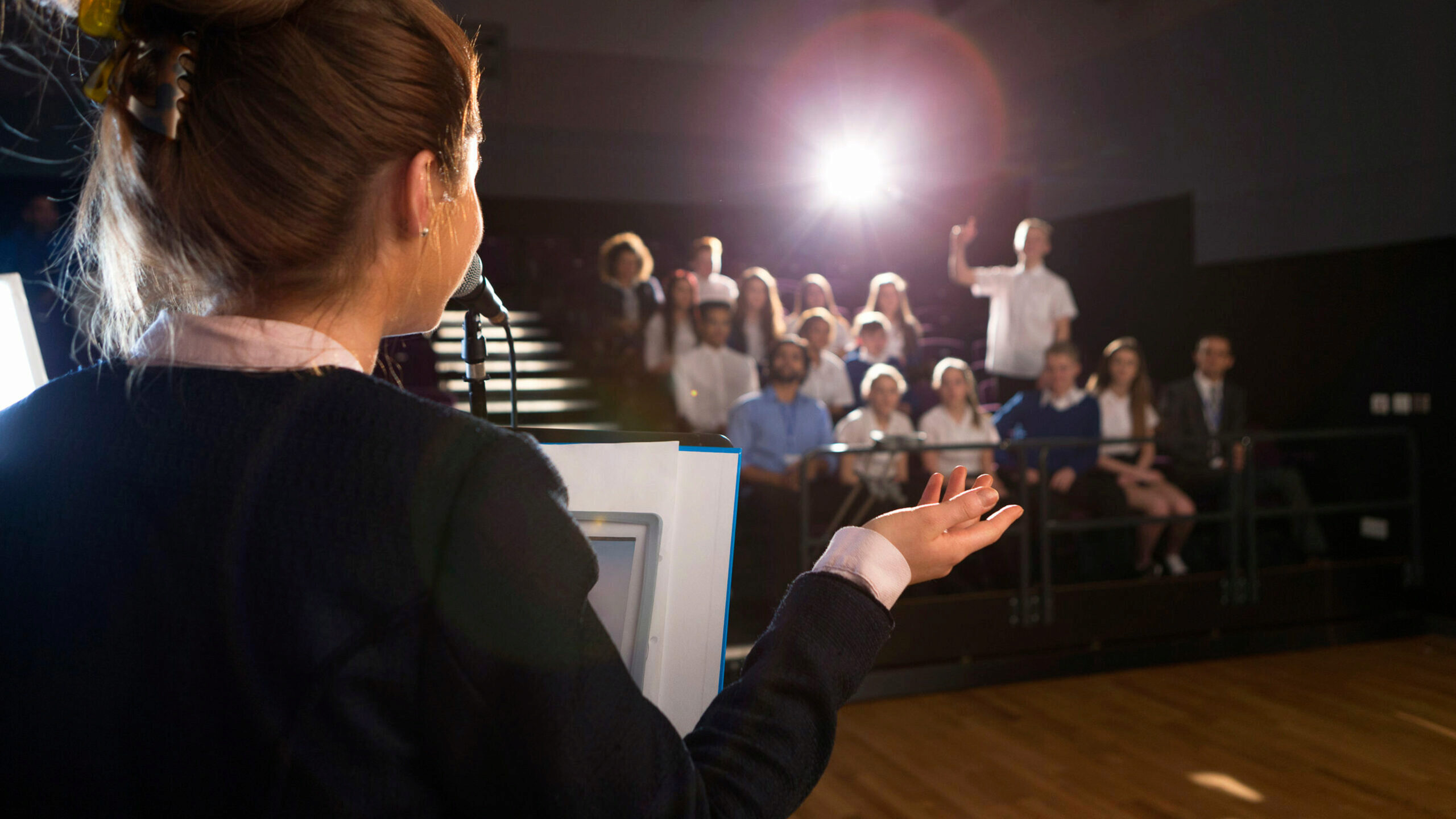 The art of debate has been in the spotlight of late with elections and political discussion across the globe. Who can forget U.S. presidential candidates Hillary Clinton and Donald Trump squaring off in the remaining weeks leading up to the November 8, 2016 election? Katie Smith, a senior at George Mason High School in Falls Church, Va., has been watching with interest because she has a personal stake in the dialogue around national debate culture – and has become an advocate for the benefits of reasoned argument.

It all started when Smith’s eighth grade class watched “The Great Debaters,” a 2007 movie starring Denzel Washington as a professor starting a debate team in 1935 at a predominately black college. The team becomes skilled at harnessing the power of knowledge through speech, ultimately challenging even Harvard’s elite lineup of arguers. Smith and her classmates were then given the assignment to do a mock debate on marijuana legalization. The debate was supposed to be low-key, but Smith’s interest was sparked, and she spent hours collecting in-depth research on the variations in hallucinogenic content between strains and plants. “I finally felt like I had found myself,” says Smith. “I know that it sounds cliché, but up until that point I hadn’t really had an outlet for my thoughts.”

That one activity spurred Smith to start a debate team at George Mason the following year. The only problem was that she did not have access to experienced debate coaches or the funds necessary to compete as part of the National Speech and Debate Association. “The national dues are $300 per year and the local dues are $150 per year, which is a problem when your school calls you a club and provides you with $650 a year to cover all dues and to pay the coach,” notes Smith.

Smith never gave up on her debate dream, though. She worked tirelessly to get her debate club recognized as a team by her school, which increased the financial support she received to $2,000. While getting her own debate education along the way, Smith noticed that teams whose schools couldn’t afford briefs and expensive database subscriptions would often lose to wealthier schools that had access to those materials.

Smith decided it was time to level the playing field. In December 2015, she launched Open Access Debate, a free database website where professors and experts post their work online for public use, and high school debaters can access this research as evidence to help build their arguments. She says that she has been working with Chicago Debate League, California High School Speech Association, Georgia Coaches Forensics Association and the Alabama Forensic Educator Association to eliminate the wealth gap in debate.

So, what’s all the fuss about? Many would argue that debate is a fundamental tool for developing one of the most desirable skills for the 21st century economy – critical thinking. Smith says she got involved with the debate team because she “fell in love with the academic challenge” and wanted to “examine concepts in-depth and go beyond the yes/no discussions that occur in the classroom.”

Smith has since identified three additional benefits of debate:

If your school doesn’t have a debate team, why not start your own? Smith says that you need patience, especially since many schools “are hesitant to fund a new endeavor at the level that a debate team requires.” But start dominating your debate competitions, she adds, and you will likely also win the support of your school and your community.

What is the wealth gap in debate? How did it inspire Katie Smith to take action?

Katie Smith says, “I have learned to see both sides of an issue and not automatically assume that my position is the correct one.” It’s often difficult, especially with controversial topics, to put your own ego and opinions aside and explore the other sides of the story. Why is this so important to successful critical thinking and debate? Think of a topic that stirs you emotionally and initiate a debate with friends or classmates. Did you struggle to listen openly to their perspective?

If you’ve followed any of the U.S. presidential debates, then you know that fact checking candidates’ claims is a common practice in the news media. True debate seeks truth, and yet defending a position can lead to a “say anything” scenario for the sake of the win. Discuss the ethics of debate. Is it OK to make something up to strengthen your argument? Is it better to lose a debate than win it through deception? Discuss the role of facts and logic in debate.

2 comments on “Debate and the Appeal of Opposing Views”

A Trip to the Bank, Lollipops and World Savings Day