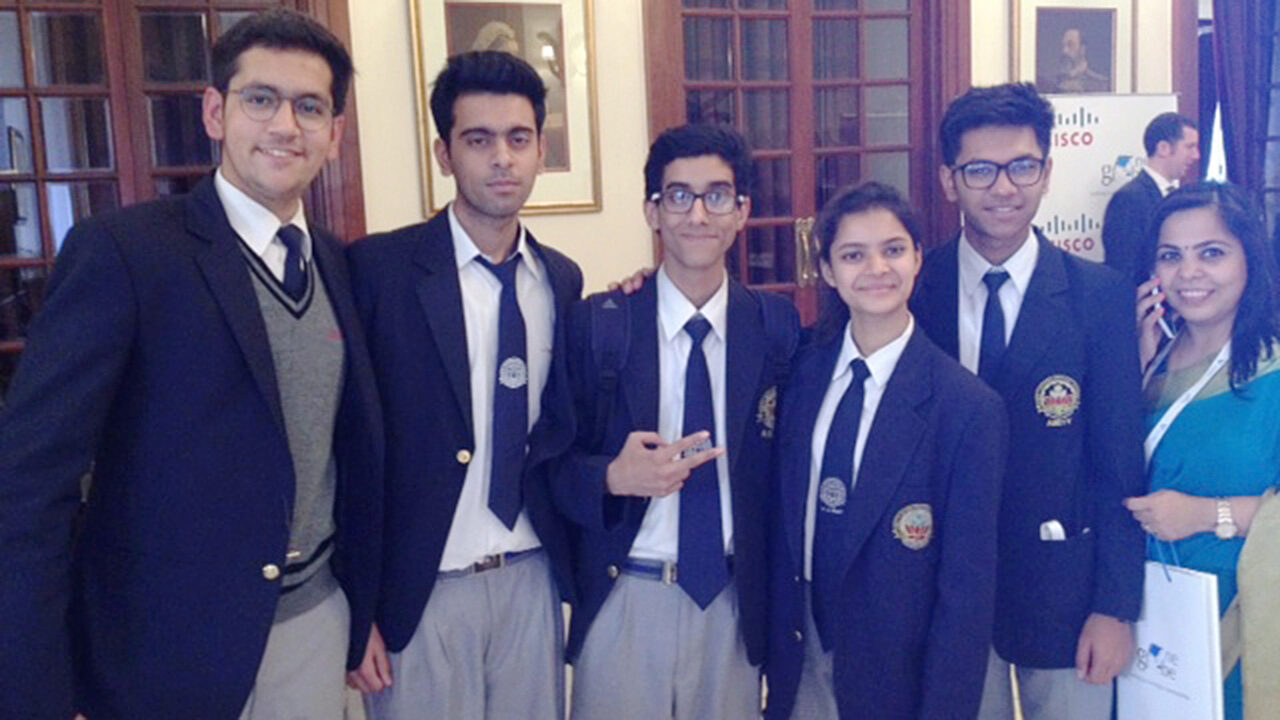 The results are in, and it was an Amity sweep! Three teams from high schools belonging to Amity International, a network of educational institutions located in and around New Delhi, India, won the top prizes during the first annual KWHS Investment Competition South Asia and Middle East Regional Finale on February 6.

Following the finale event, judge Kumar said, “To see young minds come up with not only great presentations and discussions, but to think of the hard work and hours of teamwork that would have gone on in the background was honestly humbling! I think I can say on behalf of all the other judges that we were floored by some of the presentations.”

The winning teams emerged victorious because they energetically presented comprehensive strategies with an impressive understanding of new investment concepts, and they had full-team participation. In addition, they often took unique approaches to their strategy development and presentation, highlighting customized methods of stock selection and weaving quotes and creativity into their strategy discussions. Many teams also performed well under pressure during the Q&A session with judges that followed their presentations. Judges observed that teamwork – as well as some solid preparation – was fundamental to success in the investment challenge finale. Even so, they added that the journey was much more important than the outcome, in that it was evident that every team deepened its knowledge of business and investing.

The annual One Globe Conference, hosted by Salwan Media Ventures, brings together global thought leaders to discuss how to build a 21st century knowledge economy in India and South Asia. Both Salwan Media Ventures as well as its affiliate, BrainGain Magazine, a study abroad magazine for students, their parents and mid-career professionals in South Asia, were instrumental in organizing and executing the first South Asia regional KWHS Investment Competition finale.

The KWHS Investment Competition is a free, online investment game run by Knowledge@Wharton High School, that encourages high school students to learn and practice investment concepts, while also building a portfolio of stocks using Wharton’s OTIS investment simulator. Students, competing in teams of 4 to 9, are ultimately judged on how well they develop and articulate their investment strategies. The Rainmakers, the Wolves of D-Street and The Erudite Wits have been invited to participate in the grand finale of the Global Regions competition on April 30, 2016 at Wharton in Philadelphia, which is sponsored by Aberdeen Asset Management. To find out more about the KWHS Investment Competition, please visit our online resources at https://globalyouth.wharton.upenn.edu/competitions/.

The 2022 Comment & Win Competition Ends in a Blaze of Innovation