6 Takeaways from Wharton’s Discussion on ‘Race and the Entrepreneur’ 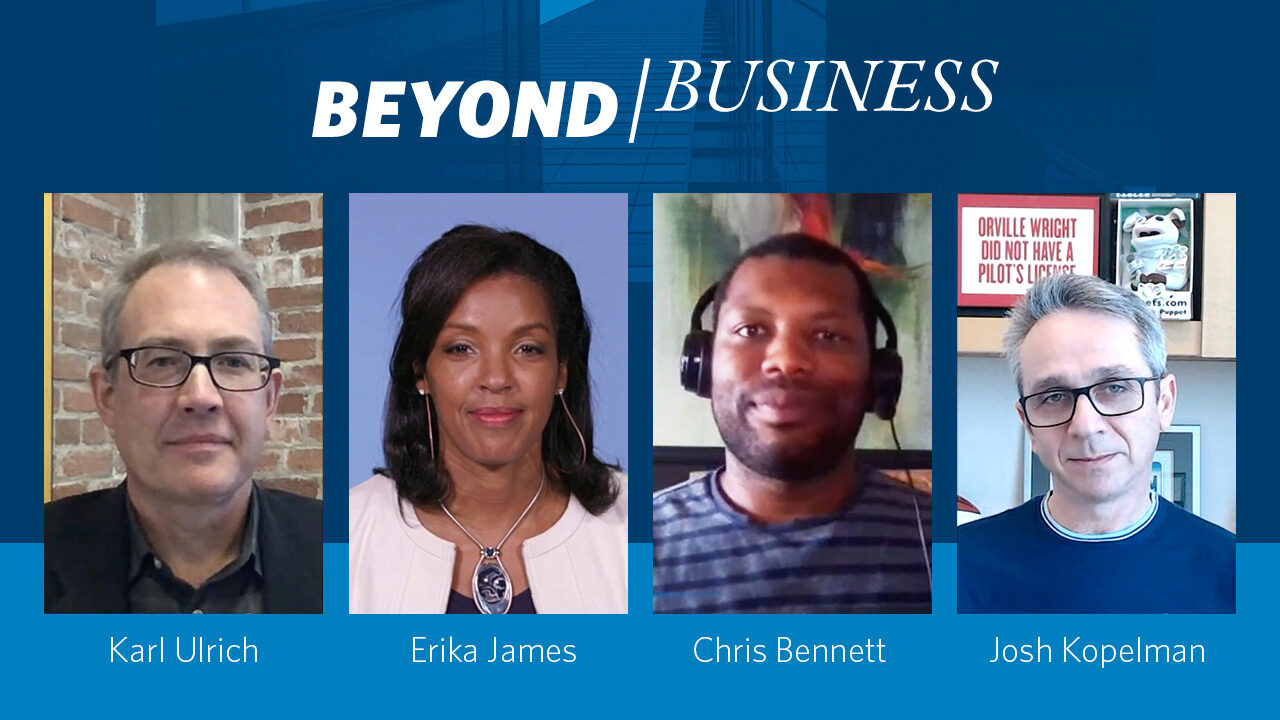 Events like the May 2020 death of George Floyd, a Black man in Minneapolis, Minnesota, have led to heated race conversations around the U.S. – on social media, in rallies, next to lockers and on ball fields. People of all skin tones and backgrounds are talking with a new kind of energy about racism in America. Racism is when people are treated differently or don’t have the same opportunities as other people because of their race or ethnicity.

The Wharton School of the University of Pennsylvania, a world leader in business education, is embracing this moment to explore the issues surrounding racism from a business point of view.

On Wednesday, October 21, Wharton debuted Beyond Business, a series of discussions that tackle the complex and pressing issues impacting individuals and organizations across the world.

The first three sessions in the series focus on how systemic racism impacts business and society as a whole, and ways it can be confronted. Systemic racism, also known as institutional racism or structural racism, is the idea that society accepts certain practices as normal, even though they may discriminate against people based upon their race or ethnicity. This way of operating becomes part of the “system,” and is often accepted, rather than challenged.

Wharton Dean Erika James hosted the first Beyond Business lecture, “Race and the Entrepreneur,” and Karl Ulrich, Wharton’s vice dean of entrepreneurship and innovation, served as moderator. The two panelists were Chris Bennett, a Wharton graduate who is the Black founder of Wonderschool, a company that helps licensed educators and child care providers launch in-home preschools and day cares; and Josh Kopelman, a Wharton graduate who is managing partner at First Round Capital, a venture fund that invests money in new companies.

If you want to dig deeply into this ‘Race and the Entrepreneur’ discussion, visit our Wharton Global Youth Explore Business mini-site, complete with the full video, guided questions and interview segments.

“The color of your skin plays a big role in the types of experiences you have from an economic standpoint and from a social mobility standpoint.” — Chris Bennett, CEO of Wonderschool

Here are six takeaways from “Race and the Entrepreneur”:

Who is Natanya Montgomery and how does Josh Kopelman’s experience illustrate bias that exists in the venture capital industry?

Chris Bennett’s family is from Honduras and he grew up in a diverse neighborhood in Miami, Florida. How have his early experiences in family and childhood influenced his life as an entrepreneur?

What key themes do you relate to in this conversation? Share your personal experiences in the comment section of this article.